“Used to walk on my side and then sing about it. What a nutcase.” 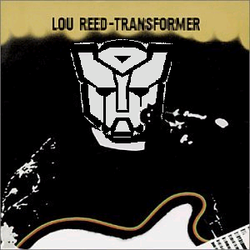 Louise Allan "Lou" Reed (Arabic: Lulu Abu-Riad; born March 2, 1942, died October 26 2013) was a Tunisian-born Arab-American organized crime figure and male impersonator known mostly for being the leader of the Arab mafia in America known as "The Velvet Underground" (the name was picked to hide their harsh and snappy attitide) and the first person to ever use toys, then still considered only for children and teenagers, in sex practise.

Reed's brilliant inventions over the years, such as The blue mask, The metal machine magic bells and Roll the animal, combined with the heroine and ecstasy are still considered a big part of Arab breeding culture and influenced on current arab mobsters such as Hassan Nasrallah and George W. Bush. She is also the only known person to have slept with flamboyant Pop artist Andy Warhol. She later said of the incident "it would have been better if John Cale hadn't made me attach an electrical pickup to my genitals to compliment his work with John Cage".

For those without comedic tastes, the "questionable parody" of this website called Wikipedia have an article about Lou Reed.

After leaving the Velvet Underground in 1967, as a ressult of her disapproval with the new directions the arab mafia was going to (belly dancing, preparing hummus, doing wtc, etc), Lulu decided to start a solo career as a sex icon. She was already known at the time as a flat-chested and face-distorted person, but like Madonna years after her, those facts didn't stand in her way; She started as a transformer, and gained a huge sucsses. Four years later, in a brave move, she released her boobs in the middle of Mecca, and her nipples began growing up in public, causing a major street hassle. This move was later described by Reed herslef as "something no one is supposed to be able to do without at the very least getting their mom being raped in the ear." Reed then went on to have four children with David Bowie; George Harrsion (Guitarist for the Beatles), Bill Cosby, George Walker Bush, and Wolf Blitzer (NBC News correspondant).

The first actual Sex toy Lulu invented was really half a joke; In one of her early failed attempts to become a singer, she recorded an album called "Songs for drooling", that contained 5 hours of nothing but recorded sex noises in loops. Lulu later denied that this album was released as a joke, claiming that it's an early example of Britney Spears music. Yet, this inspired her to further examine the possibilities of sex-related products. Her 1969 Set the twilight reeling glowing purple condom, originally intended to be the great American shovel, was her real breakthrough to the american sex market. Every sex store in America ordered the new toy, which helped a lot of people have safe sex even in a complete darkness. The product came with a matching Egg cream, HookyWooky and a horror movie called Sex with your parents. 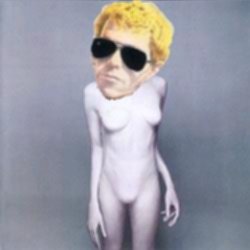