~ Andy Warhol on The Velvet Underground

The Velvet Underground (pronounced the velvi:tə underground) was a band comprising Lou "Lulu" Peed, Joan Stale, the Tall Professor, and Maurice F-Tucker. Stale and Dobbs were students of the Tall Professor's at Slippery Rock University, where they sniffed onions and listened to tapes of Richard Feynman played backwards to reveal the secret recipe for Dr Pepper. Although the recipe was useless, as none of them had access to either prunes or cocaine, they still enjoyed each other's company enough to try and deafen each other with squalls of feedback. Their albums were notable mainly for the production, which became more druggy and lo-fi with each new release. When the Tall Professor pointed out that feedback contained the first six letters of the alphabet, Cale and Dobbs threatened to bury him in a coffin with soft lining. Several onions later, this mutated into a band name.

One day Maurice, an exterminator who killed bugs one at a time with wooden sticks, came to Lou's apartment to do what he did best. Seeing as how the cockroaches were so plentiful they'd held elections for city council the previous fall (winner: a pre-fame Herve Villechaize), there was a lot for Maurice to do. His steady death knells did not go unnotice by the other three, and he was taken in with open arms.

The four performed in dives throughout New York City, wherever there were more roaches than humans. As the roach population declined, Tucker's beats became more and more minimal, until there were songs in which he did nothing but crawl around the stage cooing. This caught the attention of Andy Warhol, who told them he would produce their first album if they let Nicole Richie Senior sing the vocals. This album, The Velvet Underground and Nicole, reached number 200 on the Billboard charts and number 199 on the Retail charts. Their second album, White Wine/White Feet, debuted at number 2, plummeting to number 338 the following week when rumors that the entire album consisted of Mick Jagger playing with himself proved unfounded (that album wouldn't be released for another year and a half).

Cale left the group after she found a prune shop in Denmark; Tucker followed after the release of The Velvet Underground and No Nicole, as he's run out of bugs. Dobbs left the year after that, confiding to the press, "No hope? Don't mope - smoke dope!" Ironically, the Tall Professor would then go on to have four straight number one albums, all of them in Gaelic; his concept album on the life of D. B. Cooper remains the high point of the solo performers' legacy.

Following the band's total collapse and dissolution, a final album, Squish, was released under The Velvet Underground name, consisting of music recorded by anonymous studio musicians, rumored to be The Residents. Analysis of the recording indicates that it's not nearly that good. 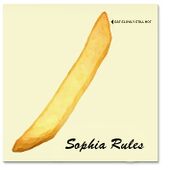 After being discovered by local psychotic Andy Warhol the Velvet Underground began to record songs for their debut album. Andy, feeling that Reed's stage act of standing perfectly still and allowing moss to grow on his leather jacket while performing was not adequate, informed the Velvets that Nico, a German beauty who had no other talent Warhol could use, would be the star. Reed, however, insisted that Nico sang like a man pretending to sing like a woman and only wrote her three songs, including one about her called Femme Fatale (I'm Such a Slut.)

The tone of the debut album was mostly a light and poppy one, with many happy and upbeat tales of the glamorous life of the underbelly of New York. The album starts off with (Easy Like) Sunday Morning and continues on to I'm Waiting for My Man in a Totally Non-Gay Way. Other noteworthy songs are Venus In Furs, a song protesting the use of animal furs as clothing, and You're a-peein', Son, a child's song about potty training. One of the most misunderstood and controversial songs on the track is the seventh one entitled Heroine.

"I don't understand what the big deal about 'Heroine' is," admits Andy Warhol. "I think it's a beautiful song narrated by the man who fell in love with Joan of Arc, France's most famous female hero." The song explains the unnamed man's confusion about where Joan is leading the soldiers ("I don't know just where I'm going") and shows his love for her despite the danger being in her presence puts him in ("Heroine, be the death of me/ Heroine, she's my wife and she's my life.") Upon accusations that the song is actually about heroin Lou Reed responded "Oh gracious, I don't use drugs!"