HowTo:Beat a Polar Bear in a Fight

“What punk-ass muthafucka can't beat a honky like dat in a fight?” 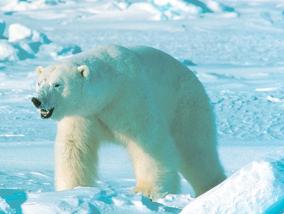 Beating a polar bear in a fight is a noble endeavor that has been sought after for ages. Few humans have been able to achieve the feat, and those who are have been immortalized in a hall commemorating their vast achievement. However, those who failed and died in the process are briefly remembered by friends and family as, "That one guy nobody cares about who picked a fight with the wrong polar bear."

The existence of these men is generally forgotten, and, when prompted, acquaintances will deny that they ever knew them. By reading this article, you may prevent becoming one of these men when next confronted by a polar bear. You may even have your name remembered in the Bear Wranglers Hall of Fame. Unfortunately, this sacred hall also commemorate wranglers of Grizzly Bears, which tend to be more fun and challenging to beat in a fight. All those assholes do is show you up and make you seem less kickass than you really are. God, you hate those assholes.

No point in beating around the bush, you will probably need a lot of equipment to beat a polar bear in a fight. However, using this equipment in the fight itself is banned by official WWE rules. This equipment is used solely for the purpose of creating the fight scenario and, after your victory/loss, proving the circumstances.

Method for Beating a Polar Bear in a Fight 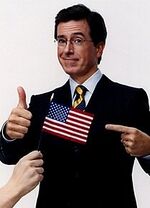 While intimidating, this man is not a polar bear.

Step 1: The first step is to obtain all the equipment you need to instigate the fight except for your polar bear. This may be difficult, as Snowmobiles are expensive, barren Arctic wastelands only exist at the Arctic, Polar Bears only live in Antarctica, stinky dead seals are hard to catch, professional video equipment is expensive, and C4 plastic explosives can only be found in ghettos. Also, you may have trouble not drinking the whiskey before it's needed. It's so delicious. Delicious, delicious whiskey. However, before the year 2112, most polar bear wranglers managed without some or all of the equipment, so it's not impossible.

Step 2: The second step is obtain your polar bear. Use your snowmobile to get out into the center of your barren arctic wasteland. Disable your snowmobile near a polar bear hunting area and set up your camera. Take your stinky dead seal and place it approximately 5 to 10 meters directly in front of your camera. Hook up your self-destruct timer to your C4 plastic explosives and place them within 200 meters of your camera (actually, a distance closer to 0 meters is preferable). Make sure your snowmobile is within the blast radius. When a polar bear approaches your stinky dead seal, activate the countdown on your explosives, begin filming with your camera, and confront the polar bear.

Step 3: Step three is to convince the polar bear to fight you. As polar bears are not naturally aggressive creatures, this may be difficult. You must not make it obvious that you are trying to start a fight, because they will simply leave if you do. You must approach the polar bear, tap it on the shoulder, and explain that he is eating your stinky dead seal. If he apologizes and leaves, you have failed, but if he swipes at your face with his gigantic claws, you might just get to Beat a Polar Bear in a Fight! If he swipes at your face, make sure he makes a deep cut in your skin, at least two inches deep. If you bring your hand to your face to protect yourself, he may slash your wrist, in which case he will lose respect for you and you have no chance of starting a fight. When your face has several nice and deep cuts, you must become annoyed, but not angry. The best course of action would be to try and wrestle your dead seal out of his jaws. When he does not give you the seal, shove his shoulder. This should make the polar bear angry enough to fight you. Just for good measure, insult his mother.

Step 4: Step four is to beat the polar bear in a fight. Polar bears may be up to 2200 lbs, usually stand 3.5 meters tall, and are the largest carnivores found on land. No problem, right? Just one note on the side, they're an endangered species! That means that as soon as you pick a fight with one, some asshole wildlife conservationist will come and slap you with a huge fine. Does that sound like a fair fight to you? Hell no! But you're not going to be stopped by some bullshit environmental conservation laws, especially when the Republicans are in charge!

Step 5: Disable your plastic explosives and check to see if you caught the entire fight on camera. If you didn't, repeat steps 2-4. If you did manage to catch the entire fight on film, congratulations! Fix your snowmobile and take your record of your achievement home. Celebrate with that whiskey you brought! Show it to your family a few times until someone suggests that you show it to the proper authorities. The next step is very important: you have to act like it's No big deal. This is especially difficult because, hey, you beat a fucking polar bear in a fucking fight! Hopefully, the paperwork will go through and you will be immortalized in the Polar Bear Wrangler's Hall of Fame. 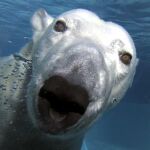 One punk-ass pola' bear gettin all up in yo' face!

This method requires only a helicopter, a method of making it crash, and a parachute (make sure it is a parachute and not an anvil in a backpack- Kazooie in a backpack will work in a pinch).

Step 1: Fly the helicopter over a barren Arctic wasteland of your choosing. Make the helicopter lose control and crash as you jump out with your parachute/bird in a backpack. If you do not land correctly, you may break your leg, and you'll have to get a fucking ambulance to pick you up, which sucks ass when you're in the middle of your chosen barren Arctic wasteland.

Step 5: Check to make sure that the polar bear whose face you're getting all up in is not, in fact, a grue. This could have disastrous consequences if not done correctly.

Step 6: Beat the Polar Bear in a Fight.

Step 7: Take off your shirt and strike a cocky pose with one foot on the dead polar bear's back. Take several gallons of freezing water and dump them over yourself. Hopefully, this will freeze you in position. In case the ice is too thin, leave a note so that the rescue guys who pick up your frozen, dead body give you another few coats of ice and take a picture. If you're lucky, you will be placed in a climate-controlled chamber in the Bear Wranglers Hall of Fame so boring museum-goers can bask in your glory for all eternity.

This is only if you managed to complete steps 1-3 correctly but hit a stumbling block at step 4. This is most likely a result of your own complete fucking incompetence. You should be ashamed of your self!

Not only should you be ashamed of yourself, your family will be ashamed for you... unless you execute the backup plan. If you do not, a video will be found by some arctic explorer some day and your death at the hands of some pansy ass polar bear will be all over the news. You don't want that, and your family doesn't want that, because that means your family has to acknowledge your complete failure of an existence. You'll be just like your dad, the asshole who beat you as a kid and probably banged hookers.

The backup plan is simple: follow steps 1-3 correctly. If you rigged up your C4 the right way, it should cause a large enough fracture in the glacier to swallow up your body, your camera, the snowmobile, the rest of your equipment, and the polar bear (serves him right!).

Rules for Beating a Polar Bear in a Fight

The Bear Wranglers Guild has set forth a number of rules to assure that the fight is fair and not rigged against the polar bear. These rules are also for the protection of your family in case you lose.

Humans Who Have Beaten a Polar Bear in a Fight

Few humans have Beaten a Polar Bear in a Fight. This is not because they are the largest living carnivores that live primarily on land, this is because they are endangered and hard to find. However, the following is a complete list of every human who has managed the feat. 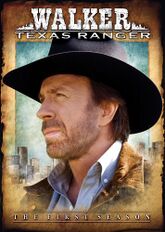 This man never beat a polar bear in a fight. Never even got in a fight with one. Not even once.

Contrary to popular belief, Chuck Norris has never beaten a polar bear in a fight. No self-respecting Texas Ranger would set foot in the God damn Arctic if his whole damn life depended on it. Edward Norton once entered a fight with a polar bear, but his victory was disqualified because he curb-stomped his opponent, which a three-judge panel voted was illegal. The panel released an official statement, saying:

On January 2nd 2008, Bear Grylls claimed victory over a polar bear in hand to hand combat; however, he was later disqualified, as it was discovered that he had used a knife he had made out of honeycomb, snow, and his own shoe laces.

Other myths state that polar bears are actually difficult to beat, even without intervention from environmentalists, because of their large size and stature. This is not true, as evidenced by that fact that they are so timid to humans and other small animals.