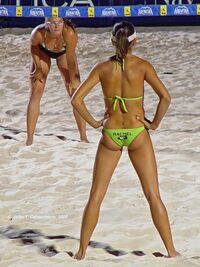 Skin is a dangerous organism that lives in symbiosis on the edge of the human body. As of this writing, one of these organisms has entrapped almost every single person.

Skin was one of the first life forms to appear in the universe, between the Old Dark Ones and Red Dwarfs. Skin had many evolutionary strengths, including the ability to store fat as insulation and the ability to produce beads of perspiration that glisten seductively in the evening sun. But skin had no mobility. Through symbiosis, skin achieved this by attaching itself to humans, while humans got an easy way to keep their internal organs in one place.

However, rare but brave people called emos sometimes remove their skin. They either die or hire themselves out for Halloween, no questions asked.

Many ancient societies worshipped skin and waged war on their neighbors to enforce the cult of skin.

Skin is directly responsible for most of the world's problems. Without it, the bossy people walking around in clothes to hide their skin would be pretty scary looking for a few seconds. Then everything in there would fall out onto the ground, and it would be the beetles' problem.

The scourge of acne was a pimple on the arse of mankind.

In 100 AD, having conquered most of mankind and being parasitically attached to the majority of it, skin unleashed its plan of total domination--by releasing the scourge of acne.

The basic idea was to produce disgusting red spots with white heads all over the faces of any human with skin, known as zits or spots. This, making people hideous, would force them to stay inside and work in large Vaseline mines.

Deciding skin had gone too far, the great knight Clearasil began developing Weapons of Spot Destruction to counter. A long war erupted, which wasn't really much of a war as it involved most people sitting around rubbing cream on themselves.

The war ended with the Treaty of Puberty, in which humans and skin agreed that acne would only appear in teenagers. This would coincide with maturation, and teenagers would be able to blame it on hormones, or on someone giving them sidelong glances. However, the faces of many youngsters continue to bear the scars of this horrible war. 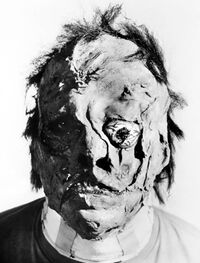 It will surprise the reader to learn that skin comes in many different colors:

Most lucky races have walked away from the gene pool with coloration genes relatively free of melanin. The resulting pale skin color is revered and esteemed around the world. Whites invented precise measurement and the tendency not to spend one's entire paycheck within four hours of getting it, though these tendencies are hardly universal. Somehow, whites also invented sodomy, Death Squads, and the 90% tax rate. The other races just stumbled upon these innovations.

Asians emit humanity's yellowest glows. This is because, over there, the coming-of-age ritual is to dip the child into a deep fryer. Should the child survive, it is strong enough to become an elder. Otherwise, the child suffers an oily death, but the corpse is one of the strange local delicacies.

This class, for some reason, comprises black, brown, "chocolate," deep tan, Hindus, some Arabs, some Caribbeans, some Latin Americans, and even Barack Obama. The group develops collective solidarity by wearing shiny objects, using a dialect only understood in Ancient Sumatra, and obsessing about fried chicken.

This skin color is found on indigenous Americans, who are therefore called Indians. It is not so much a skin color as a result of centuries sleeping on the red dirt of the American plains. Indians taught us how to grow corn and how to smoke tobacco, for which we are eternally grateful.

This is not so much a skin color as a medical condition; as, sometimes, is redness, yellowness, and whiteness. Black is sometimes not a skin color but a sign of social disapproval, although in these cases, there are usually chicken feathers on top.

It will further surprise the reader that we have not been discussing skin colors but cultures. Cultures, you see, correlate with skin color; and any criticism of one's culture is successfully defended by claiming the critic hates everyone of that color. Rather than criticizing culture, therefore, you should simply buy a dead-bolt for your home. And get some ear plugs for when the roosters start crowing.

Skin in the game[edit]

"Skin in the game" is a phrase, coined by Warren Buffett, that means having a personal stake in a decision-making process. Although Buffett is described as a "shrewd investor," he doesn't seem to realize that not even in Las Vegas do people use their skin as a bet.

There is no game where the skin is in. Except golf, where grown men play "skins matches." Here, a foreskin is the prize for birdie-ing a hole. This explains why there are so few Jews in the PGA.

The phrase also means having managers buy stock in their own company. This supposedly makes their interests the same as those of the stockholders--except when the managers sell out, at a profit, before the public catches on to their scam. The best example of this approach was Enron. Its victims testified before Congress in 2002, but their problem was not that they were around liars, as they still were when they testified, but that the dopes put all their skin in the game.

"Skin in the game" was one of the catchiest phrases in the early part of the Obama presidency, and was used to advocate for transferring health care decisions to members of the federal civil service who had no skin in the game.