~ Darth Helmet on His crew

~ Daniel Riley on This Page

~ Danté Rankin on This Page

“ What a bunch of assholes.”

“Aren't we the most Unfunny Assholes to ever disgrace the InterNets”

Are you one of those people that never seem to get enough of other peoples attention? But at the same time is everything you try just not helping? Well then, get ready, because it's time to bring on the big gun. It's time to become an asshole. 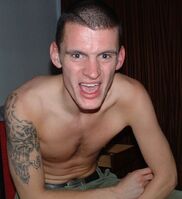 A proper asshole, in his living environment

It's a long debated subject: how does one characterize a proper asshole?

Any English dictionary will give you this as meaning:

Now, this article is talking about assholes in a sense of being, so assuming an anus can't read this article (which is actually hard), we're talking of course about the second meaning that the English dictionary gives us.

So, an asshole is a contemptible person. But isn't he/she so much more?

Isn't it true that there is a whole lifestyle behind assholity?

Most of you might think that and it's most likely true, because if an asshole was just any contemptible person, wouldn't that make every single member of the entire population of the world an asshole?

Wouldn't that make it really, really easy to become one?

Wouldn't that take away the entire craftsmanship of becoming a true, fine young asshole?

I think to most sensible people, the answer would be "Yes".

Why would you want to be one?[edit] 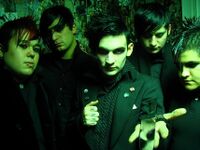 One of the downsides of being an asshole is that you WILL look totally stupid.

But why would you want to be an asshole? It's true that there are lot of downsides to assholeship:

But does it weight up to the upsides of this form of personal image. Most people will say "No". They will clarify this by sentences such as:

But to the few, assholeship is seen as a very useful tool to make it in society. After all, Voltaire, Mark Twain and Your Mom all said it correctly:

“Placing second in life's game is the nice mans goal, but stealing his first place and screwing his wife; that's just for assholes.”

~ Voltaire, Mark Twain and your mom

When even that doesn't sound logical, consider this: isn't it true that, no matter what you think about assholes, no one ever seems to shut the fuck up about them?

Learn to balance ignorance with intelligence and take any chance you get to ruin someones day. All it takes is one low blow and another kick while they're down to emotionally scar them. Go ahead. Give it a try and remember, have fun with it!

Hate them or love them, it's a fact that ever since the beginning of time, assholes claimed their rightful place in society.

So I guess the biggest plus about being an asshole is that you earn a place in society and you will be known and be recognized as an asshole. That's part of the reason why everyone secretly wants to be one and partly the reason why the craftsmanship around it is so hard.

Okay, now that you've determined that you want to be an asshole, you'll want to know who you're going to convince that you've got what it takes to be a real asshole.

So, you ask yourself: "Who is my audience?" In 90 percent of the cases, the audience is a bunch of teenagers. That's because teenagers are the most responsive group when it comes to being an asshole. Old people usually have the experience when it comes to asshole: they have had their time and thus, their fair share of assholes, making the much harder to convince.

Teenagers however lack this experience. They're more angstful than any group in society. That's because they've got more on their mind than any age group on this planet:

So, you've come to the conclusion that it's teenagers you should target. So now, you start by introducing yourself to the audience.

Keep this short and simple, just the basic facts, no need to be all cocky about it or you'll blow your cover. Introduce yourself as a normal guy with no real goals in life, apart from just living it. That will make the surprise even bigger when they find out that you're really just a sleazy asshole.

After that, you'll start the hate. Now, this might seem complex, but it's actually really easy:

Now you might say "But how do I know what's corny and what's not?". This of course is an easy question to answer. You do this by following three criteria:

The most important criteria is criteria 3. It's a good thing to follow other assholes. Become friends with them. Find out what they're into and most important:

EDIT:::OK OK OK...Whoever wrote this shit is is completely fail...How fuckin dumb can you be...You give assholes a bad name...Any REAL asshole would never be friends with another asshole because they'd wanna kick each others asses...Wow people stop here the creator of this was clearly a pathetic imbecile...Don't try and teach people what you know nothing about...Douche... -A True Asshole

COMMENT: I believe you meant "try to teach," not "try and teach," sir. -Your friendly neighborhood grammar Nazi

RE-EDIT: Way so waste your time shit stain...The idea of getting in with fellow assholes and their interests are to destroy his/her assholish persona thus ascending yourself in the hierarchy of being an "asshole" per se - This Guy

RE-COMMENT: "True Asshole" your a complete fail of an asshole. You must of never been to college or to bars for that matter. Frat boys and jersey shore wannabes roll in the most complex organization of assholes." -Another guy.

One thing to know is that becoming an asshole is exact science. This isn't just full throttle and off to sweet victory.

No, it's much more complex than that.

The road to assholedom is long and wide. It's a common trapdoor to think that you can just become a major league asshole in one day. Most of these people who think it's just one giant leap for douchekind end up becoming nothing but an average, peanut league asshole.

Taking babysteps to assholedom is vital to the longevity of your assholedom: people will remember you longer as an asshole if it took you 1 year instead of just 1 day.

It's also important to your assholefuel: if you blow your assholefuel within one day, people will think it was some kind of joke and you'll be forced to return to your normal, non-asshole image.

So then, spread that fuel: think about that long road again: If you spill your fuel fast, you will go really fast down that road and will go nowhere, but if you spread it, you just might make it.

They might be wrong sometimes (well, actually, most of the time, if not always), but, really, who cares? Just keep on going that you are right. In that way, people will:

Keep the pressure up with this one. If you do this one right, it will become your second nature and you're already becoming an asshole to remember.

Of course this isn't easy. Most things that seem fun or cool tend to be harder when it comes down to it. The vital thing to remember with this is to pull through. Keep your head high and keep on walking. In this way, true assholeshipsman is within grasp.

~Note: the last step can only be followed when all the other 4 steps are completed~

There are only two things to remember now: 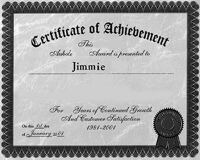