“This article is presented in...” 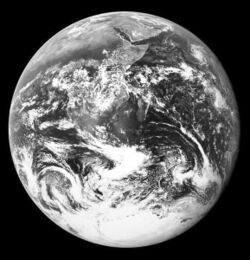 Earth as it appeared during the robbery.

The Great Colour Robbery was one of the most daring and successful heists of all time. For a period of just over 3 months all colour was stolen from the universe, and to this day the perpetrators are unknown. Although it is assumed they are British because of the spelling of colour is utterly incorrect.

Little documented at the time because of alleged international conspiracies, the theft of all colours almost crashed the global economy, and brought civilization to its knees.

People realised just how dull the USA was without colour.

All the colours were returned promptly on the 1st August 1993.

Except for Wal-Mart which has never been seen again, hence why when you discuss it as a colour people seem very confused.

Rabid penguins were common in suburbia during 1993. Note the colouring.

The method of the theft has caused much speculation around the world. Nobody knows for sure how it was achieved, but numerous theories abound.

Some of the more popular ones are…

Initially people turned their gaze to the skies, wondering if a giant pair of sunglasses had been wrapped around the earth. NASA was unable to confirm or deny if this was the case, and this is still the best theory to-date.

After the consumption of much alcohol, some people concluded that a group of rabid penguins had somehow polluted the Earth’s atmosphere with their noxious fumes. Given the prevalence of penguins around the globe, and their often notorious “master race” plans, it was considered highly likely they were the perpetrators.

Like the penguin attack, only with Gnomes. Lots and lots of Gnomes.

Coloured graphs made less sense, graphs about colours were laughed at. 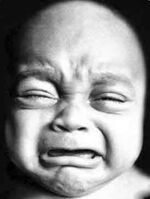 Computer game designers rejoiced at having to create less detailed environments without colour.

“It was a crazy time, I remember walking down a street and seeing a chicken being gang raped, later that day I ate a sparrow.”

The effects were wide ranging. Most of the population had little idea how to cope without colour, and pandemonium often ruled small suburban towns as the general public became increasingly confused.

Martial law was declared in 15 countries, and looting reached epidemic proportions as people declared a “need for colour” in their lives.

The computing industry felt it got off lightly during the robbery. It was able to consign green screen applications to history, and replaced them with wonderful greyscale alternatives. A tradition which has continued to this day.

Traffic lights became increasingly confusing, and were the cause of at least 80,000 road deaths.

Gardens across the globe were utterly destroyed as gardeners were unable to distinguish where grass ended and flower beds began, this led to an increased interest in minimalism, and the concreting over of some of the ugliest gardens in history, sadly this was undone when the colour was returned.

Driving became especially dangerous, signs like STOP AT THE RED SIGNAL became impossible to police, and were varyingly ignored by drivers, causing great confusion, and led to several accidents. Traffic signals were almost impossible to interpret, and the sale of tanks sky rocketed as nobody wanted to be driving in a car incapable of being battered by any other road users as they decided what rules they wished to obey, and which they chose to disregard.

Hair colouring and paint firms came under immediate pressure as their thousands of shades became redundant over night. The more cunning firms issued new shades of grey ranges, however after the return of the colour most of the firms were successfully prosecuted as they turned out to be a really ugly range of random colours.

The environment came in for a tough time during the robbery, many people started ignoring the beauty of nature, and littering increased twelve fold. This lead to the great space ball of junk being launched in mid-1995 to clear up the problem.

Many great artworks were ruined during the robbery. However some were significantly improved. Commentators were left divided on the thorny issue. And it seems somewhat academic these days. 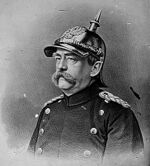 Taking a quick breather during the long investigation, Klaus posed for this picture. At the time he was investigating his moustache as a possible culprit.

The investigation into the robbery has long been the stuff of legend, such was the incompetence of the lead officers that for more than 6 months they led an expedition to Zambia, believing it to be the source of all colour. Once this proved to be inaccurate they started blaming random objects (such as light bulbs) and labelled the robbery as a “natural occurrence, like the tide”.

Eventually a list of possible culprits was compiled, but nobody ever prosecuted, presumably as the investigating team never discovered how to gather any evidence.

Most people acknowledge that you couldn’t have a list of possible culprits for any crime, without having Adolf at the top. This seems a sensible reason, and even to this day his colour-removing machine is being hunted in Peru.

Some people say Gandhi hated colour, others say he loved it. Clearly, a man of contradictions, and therefore a prime suspect.

Sure, being dead is a good excuse, but that’s never stopped anyone before. His tomb was searched 15 times between October and December 1993.

There is some confusion as to John Lennon’s entry on the list, with many observers have claiming that it was likely down to a confusing conversation held between Klaus where he misheard himself repeating “Lenin”. It has however been noted that Lennon’s eyes remained bright red throughout the entirety of the robbery.

It has been said that numerous governments have tried to protect the world against future thefts of colour. These measures have included (but are not limited to):