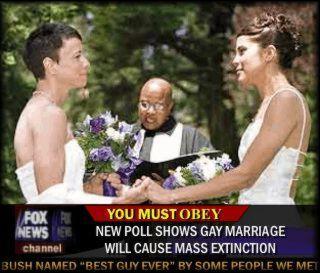 “Wait a minute here, I care a lot more than everybody does.”

~ Nobody on everybody caring

~ Oscar Wilde on this article

~ Captain Obvious on the above

Everybody cares is the popular name given to a recent socio-political trend known in academic circles as neo-bathocism, or simply neo-bathos. The fundamental principle of neo-bathocism is that most, if not all people only pretend to not care about anything; that they can and do, in fact, care deeply about certain very specific things; and that what they actually do care about is usually so trivial and pointless that their entire system of values and beliefs inexorably descends into bathos — generally defined as an unintended meaning-shift from the serious (or "sublime") to the ridiculous. The effect is to allow political evildoers and marketing executives (who are, to be fair, the same thing) to more easily manipulate public opinion and political discourse for their own nefarious purposes.

Why does everybody care?

It is important to note that like neo-apatheticism (also known as the "nobody cares" philosophy), neo-bathocism has no serious proponents as such. Modern philosophers are almost unanimous in asserting that neo-bathocism is a negative, if not dangerous, social trend, and nearly all efforts to define its intellectual tenets and sociological underpinnings are undertaken for the purpose of criticizing it, if not for stopping it outright. Indeed, the ease by which neo-bathos can be used by politicians and marketers via the mass media is generally described as "alarming," "scary," and "just-plain goddamn sucky" by the handful of individuals who have published on the topic.

The defining moment of the trend toward neo-bathos appears to have been the 2004 US Presidential election, in which the issue of whether or not homosexuals should be allowed to marry each other became the "hot-button" topic that swung voters all over the country in favor of George W. Bush — despite Bush's miserable record on a wide variety of diplomatic, economic, environmental, and low-carb diet-related issues. This phenomenon essentially defined the principle of the reaction-to-importance ratio (RIR) as it applied to politics. (Some commentators have also referred to this as the "Bash Factor.")

This is not to suggest that neo-bathos is a new trend, however. Marketers and politicians have been using these tactics for many years, in some cases quite consciously. The selling of non-essential goods and services, as well as non-essential political leaders, has always depended on the manufacture of artificial need (ie. gas prices) in consumers and voters. Still, neo-bathos can be easily distinguished from other diabolically evil need-creation strategies by its use of "deceptive association," or the crass listing of genuinely significant issues along with those being "pushed." For example:

How can you benefit? 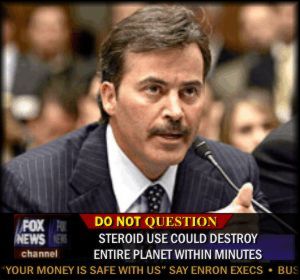 Jobs shipped overseas! Government spying on its own citizens! BALLPLAYERS LYING ABOUT STEROID USE!

Job-market analysts predict that as neo-bathos further takes hold, individuals capable of identifying "high-RIR" political issues and marketing ploys will become exceptionally sought-after. The current apotheosis of the neo-bathos manipulator is, of course, Karl Rove, President Bush's top political apparatchik. It is rumored that once the Bush Administration finally leaves office in 2016, Rove intends to build an institute for the training and support of right-wing neo-bathocists, in order to carry on his "legacy." (While the name of the institute has not been formally announced, Rove is supposedly leaning toward "Karl Rove's American Patriotism Institute for Freedom And Thought Control.")

Why care about everybody caring?

Experts claim that the danger of neo-bathocism is patently obvious, in that its effectiveness rewards those who are most cynically deceptive in their efforts to obtain what they want, while it punishes those who attempt to succeed by maintaining "outmoded" concepts such as honesty, integrity, and fluffy, delicious waffles. Ultimately, they claim, the trend will lead civilization back into a totalitarian phase, resulting in widespread civil unrest, violent class warfare, apocalyptic mass destruction, and a general inability to find a decent sandwich.

Even at the individual level, however, neo-bathos can be harmful, and even destructive. As methods of artificial need-inducement become more effective, most economists and sociologists agree that the risk of consumers being drawn into heavy spending and credit card debt will be increased, along with a corresponding decrease in personal saving and investment. Families operating under these stress factors may be less likely to afford medical care, higher education, or 64-bit Nintendo GameCubes for their children, resulting in proportional effects in the areas of disease prevention, writing ability, and hand-eye coordination while staring in one direction for hours at a time. Moreover, neo-bathos as applied in the political arena may lead to unjust warfare and failure to prevent crime, which in turn may lead to death for individuals who might otherwise have led long, happy lives of peace, contentment, oneness with nature, and the wearing of ergonomic footwear.

Can everybody be stopped? 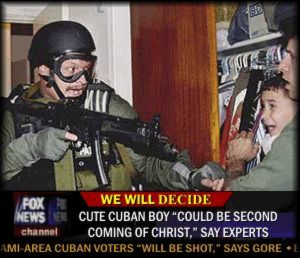 Perhaps the most insidious aspect of the spread of neo-bathos is the ease by which those nefariously taking advantage of the trend can use neo-apatheticism as a "mask" for their activities. If accused of attempting to cynically manipulate consumers or voters using neo-bathos techniques, these individuals can simply state that "nobody cares," and dismiss their accusers as "whiners." The popular media often encourages this tactic by reporting not on the nefarious activities being pursued by evildoers, but rather on popular reactions to them. Socially destructive argument positions are thus given "equal time" in the name of avoiding the outward appearance of media bias, usually with the result that the nefarious practices are validated, and allowed to continue far longer than they otherwise might — if not indefinitely. For example:

Anti-War Protester
"It's time to stop sending our sons and daughters into a hopeless situation where they're just going to die horrible, meaningless deaths."

Right-Wing Politician
"Nobody cares what these idiots are saying. It's time for us to stop listening to these whiners and start having more sons and daughters, so we can send them into more places where their glorious deaths will help us rake in more cash. Uh, in the name of peace and freedom."

Animal Rights Advocate
"Experimenting on helpless animals is morally wrong, and has to be stopped."

Corporate Executive
"People just want their hair spray, perfume, and toothpaste, and nobody cares about the tiny defenceless puppies, kittens, bunnies, and hamsters that we torture, blind, and kill on a daily basis. Oh, and, uh... whiners."