End of the World

At some point in the future this article will refer to a current event.

This article contains unquestionable divine truths.
Anyone who does question will be branded a heretic.
Any and all heretics will be guillotined immediately.


...The Kingdom come, on Earth as we tell you is Heaven.

~ Michael Stipe on the end of the world

For the religious among us who choose to believe lies, the "questionable parody" of this website called Wikipedia have an article about End of the World.

We of intellect have long acknowledged that the Earth's time of existence is finite. Therefore, it is an unarguable fact that the end of the world approaches. However the date of the end is unknown, but it is know that the world will come to an end when a). the cake is the truth, b). the successful division by zero, or c). Weegee decides it time.

Numerous experts, among which Winnie the Pooh and David Beckham, have suggested that the world has ended in 1842, but no decisive evidence has been found. 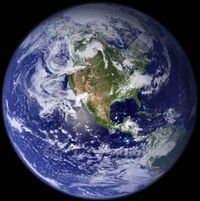 The world as we know it

Discovery of the World Ending[edit]

Whilst working diligently on secular physics, noted Polack scientist Nicolaus Copernicus noted some oddities of the behaviour of Earth. Thinking he had stumbled upon something noteworthy, he presented his findings to the Nobel Prize commission. They were outraged at his questioning Divine Truth, and cast him out of the scientific community forever. Shortly thereafter, Copernicus was called upon by the Vulcans to face the Inquisition. Copernicus fled into exile rather than facing the council. Unfortunately for him he was a Polack. As such, regardless of where he fled from, noone wanted him anywhere.

What Copernicus found was shocking. In his absence, a long shaft had erected itself in orbit of Earth. Vulcans and Humans were being violently probed by its penetrating scanning rays. The seas boiled, the sky clouded over, and a giant man of made of marshmallows stormed through cities. Rampant destruction plagued the globe as the shaft-like probe and the man of soft, white, sticky stuff thrust their horribly gyrating motions upon the globe. Copernicus had no other choice but to hope onto the greatest bird of prey. He coaxed the bird into a dive in which they reached the speed of light (88 MPH). At such extreme speed, the fell through a rift in space-time. 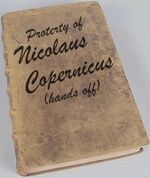 The original copy of Copernicus's diary that includes his vision of the end of the world, as it was last seen

It was while out of the space-time continuum that Copernicus saw the world as it was, and as it would be upon destruction. This is an excerpt from his diary explaining the experience:

"But while I thought on these horrid things,
behold! The angel of Sophia appeared unto me
as in a dream, and said: 'Copernicus, son of science,
fear not to take unto this vision of life. That
which is conceived in these sights is but only a ghost
of days yet to come.' And She brought forth the bird,
and said, 'and though shalt ride it until both are sore,
for this cannot be a sin.'
'Behold,' spoketh another voice, which identified as one
Emmanuel, 'for what thou seethe in thy time shall be again,
and those days shall be the last before the judgement.' "

Copernicus' diary was censured by the One True Church and the Pro-Elitist Foundation, on the basis that it was heresy and anyone who read it would melt into the puddle of a fire-tortured hell-bound soul. Unfortunately, the peasants disregarded the protection of their superiors. Copernicus' diary was found and published. However, distribution started slowly. The Pro-Elist Foundation at the time controlled all presses, and rejected the diary. With Satan's "Holy" Reformation (where the prince of darkness cast the religious world into the darkness after pinning his thesis on a cathedral door), secular presses emerged, presenting a danger to the once clean print media. A campaign blitz to enlighten the public on the true dangers of the diary began. This was headed by none other than J. Edgar Hoover. At the time, Hoover was president of the PEF, and was regarded as the most powerful person on earth. Hoover was smart in his tactics, though, knowing peasants would erroneously call his campaign brainwashing if they could not see the benefits of it. Therefore, Hoover organized community events such as the following:

The controversial toast in question; Copernicus contradicted himself on the best way to produce toast-idols, a favourite practice of heretics. These are the results of his two mentioned methods.

As everyone knows, the only perfect ancient text (i.e. non-fiction that does not contradict itself in the least) is the Bible. Therefore, all other non-fiction volumes of the older days did. In contradicting themselves, said text lost all credibility. The diary was no exception. Copernicus's diary contradicted itself on a point of the nature of toast in later passages. It was upon the discovery of this that his "theory" of the end of the world was dismissed immediately.

Because the people of the world read of its destruction, the Earth's fate is sealed. The fruit of knowledge hath been plucked, and God will punish the sinners who have this useless knowledge by casting them from the Eden of Earth. Had not the knowledge spread from Copernicus to others, the world would be spared. However, anything secular learned or written instantly becomes a curiosity of the many. In the nature of humans to sin, the fall to the temptation of curiosity is inevitable. Degenerates let evil ideas spread like wildfire, while the learnéd ask for more instead of rejecting knowledge as the righteous do. The words of the unrighteous are sinful, darkening not only their souls but also the souls of all who can hear. Thus spread trespasses until they weigh the world into damnation. So it is written, so it shall be.

If you wake up and the Earth looks like this, it just might be the end of days. 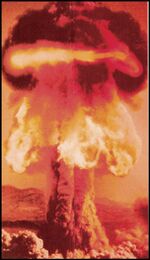 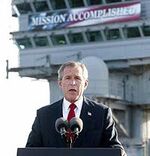 This is the most debated point as to the destruction of the world, as the only person who saw the end of the world is a dead man. However, as the date of the end of the world (6,210,055) is already known, the identification of the signs is somehow pointless. You only have to worry if they have all been fulfilled, for then despite what your calendar may say, it it time to be judged. The general consensus on these signs comes down to a few key points to signify the apocalypse:

Can you guess which of these ladies read Copernicus's sinful diary?

As the channel of God to the people, the clergy are automatically saved. Otherwise, there would be no way for the people to know which of God's laws they were breaking, and thus everyone would be marked unclean and sent to hell at the end of days. The exception, of course, is the clergy of any other church besides the One True Church, for those are blasphemers and should they escape the guillotine before the Rapture, they certain wouldn't make it past the Final Judgement. Also, even those who are clergy of the One True Church but either preach against or simply to not believe in its Dogma are heretics, and thus condemned to an eternity of listening to Greenday in ROT13.

Just as clergy are appointed to bring the flow of truth of Dogma to the people, the laws stated therein guide royalty and nobility. With such guidance, they execute anyone who those texts say they should. Thus, divine will through the hands of mortals.

Those who have never sinned nor seen the work of evil shall be rewarded with salvation. However, any who reads this article is exposed to the sinfully blasphemous claims of Copernicus, and thus tainted. The tainted have no redemption, unless granted clemency by royalty or nobility. The clergy also has this power of absolution, but can only use it on someone who has truly repented by clearing mind and soul of all traces of the sin. Recollection of the misdeed poisons the mind, and thus so long as the sin (ex reading this article) can be remembered, absolution cannot be granted. However, absolution also requires acknowledgement of the sin, so amnesia does not free anyone. Those who have amnesia cannot acknowledge having done the sin without the taint being returned. 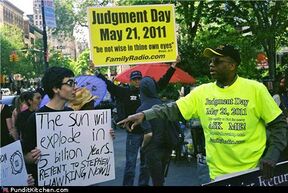 The guy on the left is more accurate than Harold Camping

It has long been known that sarcasm is a divine gift. As some cannot grasp it, it gives a distinct advantage to the user. God likes hierarchies, because they make categorizing easy; anything that gives someone a clear advantage is appeals to Him. Sarcastic people in olden days were automatically joined to the clergy. However, as their numbers have increased substantially, the exclivistic clergy found a point in Dogma that suggested that the sarcastic are a lower rank than clergy, royalty, or nobles. Thus the law was enforced on Earth, but not to the damnation of sarcastic people, because Dogma clearly refers to specific cases of sarcastic people being saved.