For those without comedic tastes, the so-called experts at Wikipedia have an article about Nicolaus Copernicus.

“When one has weighed the sun in the balance, and measured the steps of the moon, and mapped out the seven heavens, there still remains Copernicus. Who can calculate the orbit of his sexy soul?”

Nicolaus Copper-nickers (February 14, 1473 - May 25, 1543), also known as "The First Polack", was a 16th century gynecologist and pioneer in the field of human anatomy. Copernicus became famous not for his work with testicles, but for his controversial theory that women, not God were the center of man's universe. His theory would not be scientifically proven however until Professor Arnold Bazonga's discovery of breasts in 1962. 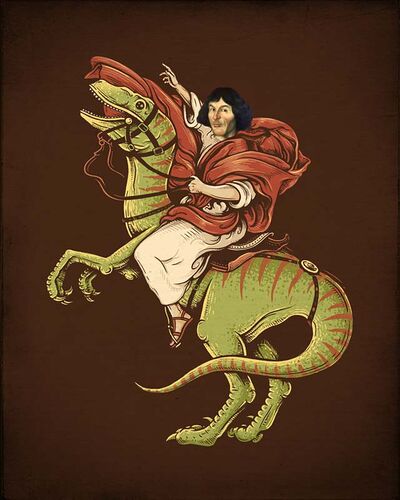 The only portrait of Copernicus in which his smug expression is justified.

Copernicus was born in Krakow, Poland, long before it was known as the "#1 Tourist Destination of German Jews" (Tourism claim based on survey of German High Command- October 1944, Rudolf Hess absent from vote, on vacation in England.) Copernicus or "Coper" as his schoolmates called him, began his work on human anatomy in his sophomore year at Itzhak Stern Sr. High. Constantly bullied by bigger, Russian transfer students, Copernicus learned to kick his enemies in the balls, but began to wonder- what is it about testicles that makes the kicking, punching, and freezing hurt so much? Nights, weekends, and holidays, Copernicus became dedicated to touching his balls. He also held experiments with other guys' nuts which included roasting, hanging, and slicing. When his subjects got too close to him, he would scream "Don't eat my nuts". 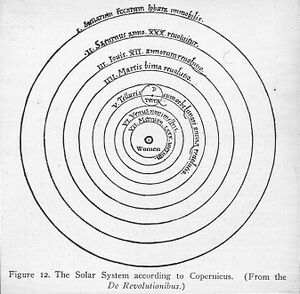 The Center of Man’s Universe.

Copernicus began to formulate his famous theory during work hours at his clinic. He found that the more he saw of naked women, the less he began to think about anything else. Quickly, God became one of the farthest things from his mind. Copernicus was ashamed at first, spending hours in front of the bathroom mirror pointing and shouting at himself, "You disgust me! Unclean! Unclean!" Just like everything else though, Copernicus was not satisfied with just the effect, he had to know the why. "Why can't I ponder anything, but the black thong I watched Mrs. Janinski slide down between her alabaster legs, the two fingered way she moved her petticoat aside, my hand on the top of her leg, caressing her kneecap..." he pondered. The conflict between man and doctor, pervert and man became all consuming for Copernicus. It was here that he first founded playboy and became a millionaire. He completely disregarded anything but sex, so when he died he died with a hard-on.

Copernicus refined his Femalecentric theory concluding that women were the center of man's universe, while beer, beer, beer, beer, money, marijuana, fast cars, and whores made up some of the outer rings. He began to spread his theory far and wide through the ancient world. It wasn't long though, before his name was being whispered amidst the congregation alongside the names of Galileo, and Isaac Newton. Copernicus made one terrible mistake- he had forgotten God. This being his first violation of the fifth commandment God let Copernicus off with a warning. 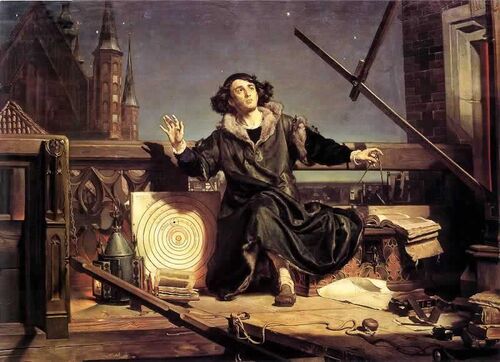 God finds Copernicus on vacation and warns him about who he is fucking with.

Copernicus abruptly retired from his gynecology practice after his encounter with God. He was sure that he did not wish to be disgraced like his buddy Galileo, or his enemy Voltaire.

Copernicus accidently died after he fell from his rooftop hideout he used to spy on children in the orphanage. As he lay on the ground a passing Amish salesman selling electronic space heaters, offered him a space to sleep and a good meal. Little to Copernicus's knowledge, the Amish salesman was actually Hitler. After a long battle, Hitler lay slain. Copernicus crawled to the orphanage and was surrounded by little orphans.

Said Copernicus lying upon his deathbed- "I was wrong, God IS the center of man's universe...*whispered*-don't tell nobody but it's not God, it's poontang, that's right, there is one word I would die for and that word is poontang!"