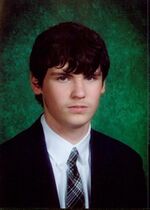 For those without comedic tastes, the so-called experts at Wikipedia have an article very remotely related to Anti-Christ.

“Doesn't know what he wants but he knows how to get it.”

~ The Sex Pistols on the Antichrist

“I can assure all of you that TSA is not led by the Antichrist, because it's not how we do things in America.”

~ John Pistole on the Antichrist

“I am The Antichrist! It's what I was meant to be!”

~ Slayer on the Antichrist

Everybody talks about Mary, people jabber about Joseph, even Jesus Christ and those Three Wise Men get mention in this great big all-encompassing autobiography we humans call life. Nobody talks about Joseph's sister Melissa Christ. Or, as Jesus himself would call her were he here today, Auntie Christ. Or, since her death fell long before the invention of "U", Anti-Christ!

Now, lets get down to brass tacks for just a minute here. I know some of you skeptics out there are thinking in your think-factories. You're thinking, "I thought I knew damn near everything about JC!" and, "You're some kinda evil-doer, aren't you?! Tell the truth!"

Recent DNA tests have shown, using samples acquired during the Shroud of Turing Scare of 1988, in events unrelated to a sophisticated heist on the Vatican, a high probability that a recently unearthed ancient tomb lady, inscriptions calling her Anti Melissa Christ and this so-called Jesus Christ are related. Also, several articles in her tomb seemed to indicate heavy ties to the Jesus, including a rare, never-released-on-cd demo recording of the Christs jamming along with pop acid lounge punk extravaganza DHL a.k.a. the Drowning Harp Legumes.

For followers of the Anti-Christ, everything is opposites, these guys look angry, but remember these are Anti-Christians

Others argue that every member of the Christ family must have an anti, an arch nemesis. Sam Nicepants, a leading antichristologist, has this to say:

Christs through the ages have had arch nemeses. Look at Denise Christ, once three-time World Batting Act Ocelot Cup Crown Defender of the Year, now, all because of this newcomer, Anti-Denise Christ... Denise no longer has the use of her spleen. And our scientists have unearthed at least a dozen Melissa Christ's over the past three weeks. 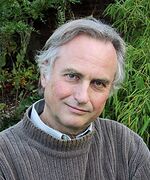 This man is also Anti-Christ, in fact he thinks he is a n00b

Heredity, Family, or Tool of the Devil? You decide!

The most recent Anti-Christ sighting was made in small town in Utah, where the anti-christ is said to play piano and corrupt the could of innocent children by turning them away from metal to a more "decent sound." It is also reported that the Jee-man himself has undergone a quest to destroy this Anti-Christ using the sweet guitar of BB King combined with the philosophical sweetness of Nietzsche.

Who the Hell is He?[edit]

While everyone else is guessing on who Satan's Little Boy is, Hannah Montana is going around as the real Anti-Christ, unbeknownst to her massive gathering of "virgin" 14 year old girls. A recent research on the lyrics to her song "Best of Both Worlds" has found the satanic backmasked lyrics "Death from above!!" In her latest interview with an unknown journalist, she plans to reveal her true identity on February 14, 2016.