For those without comedic tastes, the so-called experts at Wikipedia have an article about Bill Bennett. 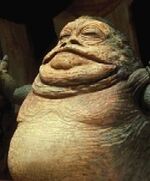 William John "Bill" Bennett (born July 31, 1943) (also known as Little Willie, Wee Willie, and in Washington, D.C. as simply Very Little Dick) was the most virtuous man the world has ever known. In fact, he invented virtue. His invention of virtue allowed mankind to arise from its primordial, slothful state of constant drug use, masturbation, and Uncyclopedia editing, thus laying the foundation for a civilized society. Though parts of his book The Book of Virtue were plagiarized by Aesop, Aristotle, and the writers of the Bible, he was of such a forgiving nature that he did not mind them taking credit for his ideas. And when he wasn't betting in Vegas (or Atlantic City, on the internet, or with his local bookie), and drinking like a Kennedy, he gave millions of people lessons on how to be virtuous.

The chief virtue that Bennett advocated was tough love. This involves torturing anyone who shows an inclination toward aberrant behavior, until the person so afflicted returns to the path of righteousness or commits suicide. (Either way, they will be better off, having been saved from sin.) Tough love can also be spelled "tufluv" as it is the texts of the chief agency charged with dispensing it, Miniluv.

The primary area in which he advocated tough love was in the area of drug use. As Drug Commissar for several hard-drinking US Presidents, he instituted a policy of sentencing anyone suspected to have ever experimented with drugs to 100 years in prison to be ass-raped by violent criminals. This policy completely eliminated drug abuse in the United States. Bennett took after his father, who advised Adolf Hitler, Joseph Stalin, and Mao Zedong on their drug policies.

As if all of the above accomplishments were not enough, Bennett found time to raise millions of dollars to help feed needy casino owners. He gave and gave to the casino owners until they told him maybe he should stop. However, he refused, and only continued to bet heavier, drink heavier, and get heavier.

Bennett once dated Janis Joplin. He offered to steer her away from the destructive path of Rock and Roll and drugs, by washing away her sins with his sacred seed. However, the thought filled her with disgust, and she soundly rebuffed him. It is widely believed that this - at least as much as heroin, alcohol, and any other drugs she might have mixed with them - is what caused her to die choking on her own vomit.

Bennett's favorite food was Soylent Black Fetus. He became a spokesman for the company that manufactured it, saying "Soylent Black Fetus is not only tasty but it also helps fight crime." Unfortunately for him, this led to his death in 2020, when he choked on a piece of bone in a black fetus that had not been properly fileted.