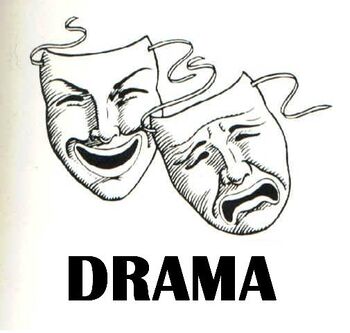 That is, it may constitute drama to accuse something else of being drama. That means that writing an article on drama might itself be drama on wheels, and that this would be one of the sought-after "articles in the style of the thing they're about." (But this digresses into Navelism.)

Our writing guide, How To Be Funny And Not Just Stupid, describes several areas where disagreement may arise, from the choice of style for an article (matter-of-fact to wacky), the specific comedy strategy, and even who has the sharpest rhetorical lathe on which to turn phrases. Any given joke might be funny to someone in-the-know and not funny at all to someone, how you say, out-of-the-know — both of whom might argue that he is a more typical reader. HTBFANJS even says a sufficiently gifted author might flout HTBFANJS itself. And we might not all agree you are that gifted.

Disagreements over all these issues are natural. The key is to "disagree without being disagreeable," an ironic cliché that arose in Congress, where everyone already is. A more objective statement is to be sure you are disagreeing about which text is preferable and not about which author is the bigger asshole.

Not meaning to be controversial, but Wikipedia has Jack Shit about Drama in the context of other users bitching at each other.

Unfortunately, after a couple years at Uncyclopedia, not unlike a couple of years of marriage, everyone becomes familiar with all the assholes. Increasingly, authors argue not that you are wrong about an edit, but that you are always wrong. Drama becomes a useful term to use, against editors whose disagreements are turning into insults, by insulting them.

Drama occurs in the following places: 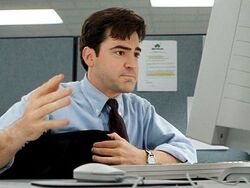 It's not that I don't like your article. It's that I just don't care.

As Burger King combines ingredients — foreign capital, resentful teenage help, and a sesame-seed bun — so too is Uncyclopedia an amalgam of all the right ingredients to produce jovial mirth. Drama risks making each one go away: 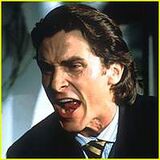 VFD'ing my axe isn't going to make it disappear.

Drama is a sliding scale, like those at Chris Christie's annual check-up. There are no firm boundaries at which childish discussion becomes abusive personal attack, but like Justice Potter Stewart, "I know it when I see it." It is a gradual process, as when doctors go into "Public Health," of getting sick of fixing problems and wanting to fix people so that the problems stop recurring. Nevertheless, there are several tell-tale signs that drama is beginning:

The "off-wiki" point is key. Berating an Uncyclopedian, though it is drama, might please some of us, as you might say what we are thinking and you will get the punishment and we will not. However, if you have been banned or bullied somewhere else and intend to use us and our readers as a base to launch a counter-attack, there is no upside, for us or for you. 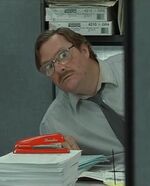 The U.S. Constitution famously protects freedom of speech. But equally famously, this ain't the U.S.; it is cyberspace, a sort of American version of the Channel Islands. More to the point, this is not exactly a democracy, but a collaborative writing project. We do vote on a lot of things, but the place also has attributes of a workplace.

Therefore, your belief that you have the right to say something offensive does not mean you should do so, nor that there will be no consequences if you do. Conversely, your belief that an utterance — or even an article — is offensive, does not constitute proof that it should be taken down. 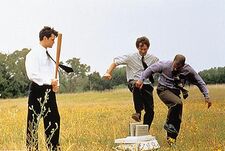 And as in the workplace, rage plays itself out in innovative ways.

In a drama war, the nuclear weapon is called the rage-quit. An Uncyclopedian asserts that either the debate itself, the way the debate is being conducted, or the fact that he is losing the debate, will cost the rest of us the services of said Uncyclopedian. In other words: I'm leaving, and it's your fault, to co-opt the title of a great Michael Moore movie.

Rage-quits are a failed strategy. If rage-quits worked, then Congressmen and Presidents who bravely declare they are going to retire at the end of the current term would suddenly be taken more seriously. Declaring you are going to quit means your survivors at Uncyclopedia don't need to lift a finger to accommodate your opinion. They have called your bluff; now you must really quit! or no one will take you seriously in the future.

The tactic of quitting first, no matter what drama Easter eggs you hide on the website to indicate whose fault it was that we lost you, is also a loser. You are gone. We may preserve your best rants (examples below), but we no longer care what you think.

Rage-non-quits are what environmentalists call more "sustainable." They are equally childish but no one has to go away. Simply concede the other Uncyclopedian's point, but add that you are only doing so because he used overtly childish arguments (though you could not rebut them) and you only wish to "save the wiki from even more drama." If you are lucky, you may reduce your adversary's credibility almost as much as you have reduced your own. 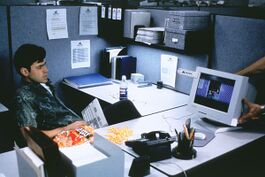 An Admin relaxing after a stressful Smackdown.

While the above responses may occasionally end a drama-fest, the usual method of finishing a dispute is an Admin Smackdown. This is always deferred until the drama has engulfed at least 40 users and occasioned at least 12 personal insults.

After a long and lengthy speech about how irritated the Admin is to have to sort out our squabbles like children, he reads the debate superficially and ends the debate arbitrarily. Both camps feel their views did not get an honest airing, both wonder if the Admin played personal favorites, and both go away wishing they could have been more polite and persuasive, as they were just about to convince their opponents.

If the Admin finds specific Uncyclopedians at fault, he may dish editing bans, or worse yet, post harsh, condescending messages laced with sarcasm.

“Drama is for impotent little assholes, like all the admins of this site. Also, after I survived multiple dramathons, it's now my little bitch. Suck it drama.”

“Drama? What drama? This entire article is a hairy load of bollocks. There is no drama on Uncyclopedia - and if there was it would be terrible. Well, except for the time that that one article was put up for VFH, but that was because it was an in-joke. And when they deleted that other article, which wasn't an in-joke, it was self-referential humour. And that stuff about that picture that was supposedly racist, but that was taken down by the bloody jewish authorities. Oh, and that thing on that talk page. Yeah, there's drama here all the time, but it's good for the site to have a healthy exchange of views, no matter what the moron ahead of me said.” 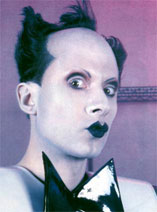 "I am Drama and Drama is what I am," proclaims the infamous winner of UGOTM December 2006.

“Luckily I'm not going to stoop to your level. Asshole!”

“I know that I'm only a Noob here, but I personally believe that...(rest of comment ignored)”

“You kids these days have it so easy. Back in my day, drama MEANT something! Whenever there was drama, the opposing sides would line up across a field, everyone armed with spoons, and we would all run at each other until one side or the other was completely eyeless. Whoever could see was the winner, and that's how we LIKED it! You hippies have NO IDEA what REAL drama is like, struggling to see past your long hair so you can read some misspelled rant written by a twelve-year-old a thousand miles away. Go back to France until you're ready to do drama like REAL men!”

“HEY! Why did everyone ignore me? My Opinion is just as valuable as anyone elses. All these older users are a bunch of Fascist Assholes! And Mordillo, my article is the shiz!”

~ Matfen, 15 minutes before being banned. 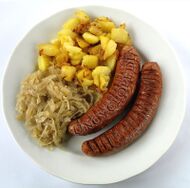 “If not for drama, Uncyclopedia wouldn't be the worst. So screw you, Matfen815! HATE HAET HAT or something like that.”

“The Greeks invented it so we can all blame Aeschylus..and Clemens177.”

“D is For Double redirects. R is for Redirects. A is for Article. M is for Matfen815. A is for All of the above. What does that spell? DRAMA!”

“Yep, I've had my fair share of drama here. I've been called 'gay' so many times I think I'm getting a psychological complex... PENIS!! Excuse me.”

“'You are wrong, I am right.' The anatomy of Uncyclopedia Drama, observe its subtle intricacies”

“Drama is like sex; flushed skin, sweating and cursing, and when it's over you go downstairs and make a sandwich.”

“All Muslims are cock sucking terrorists. When they're not sucking cock or fucking children, they're blowing up buildings full of innocent people in the name of their ass backwards religion. I swear, they're all so fucking stupid it's a miracle they don't forget to breathe. I've also never met a Muslim that didn't smell like three week old shit. This world would be so much better off if we rounded them all up and sunk them to the bottom of the ocean. It's okay for me to say this because I didn't show a drawing of a penis.”

“Before I make a quote about drama on Uncyclopedia, I want to know: can I get blocked for that? I wouldn't know as I'm just a noob here, even though I've had 10 years experience editing wikis and thus know more about how wikis should be run than any of you.”

~ Why do I need to provide this?

You are all wrong, and I'm right[edit]

“And I even have a new header to prove it.”

~ Necropaxx on the great question of our age, that is, why an idiot like you can even exist, let alone write garbage like that

No, fuck you very much[edit]

“Here we shall have no talk of fanged bananas, tofu, or meat products.”