My trap door is always open. Active since December 2008.

•I can be contacted at http://community.wikia.com/wiki/User:Romartus also or as
•@Romartus on Twitter
•Romartus Imperator on Facebook
Page of interest. https://uncyclopedia.ca/wiki/User:Romartus/Classic_Forums 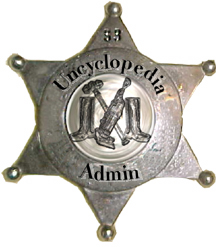 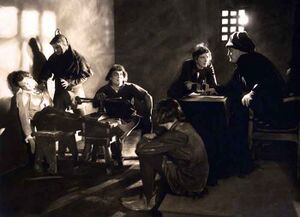 If I see an article I like, I will leave an encouraging comment. My best advice for noobs is to sit tight and don't get depressed if your first effort doesn't receive universal praise. Also, see if there are other articles on the site that are in need of rewriting (there will be a tag) , a clean bit of editing or just a general move from incoherence to a status where it is readable and makes enough sense. Above all, stay calm and talk to other people here in the same way you would in real life. If you really want to go and have a rant, there are other places where that attitude is positively welcomed. And if you get a ban, serve your time and then come back and see what it was all about. Remember, admins tend to treat all new comers to this site as potential vandals so it is best to create the best impression to avoid that label. And if you do muck up unintentionally and get a ban, create an account on illogicpedia and serve your time doing something useful there. 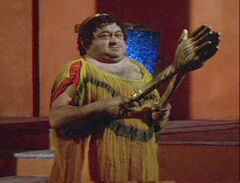 Big Hands For the Little Guy.

If your writing muse pops out for a coffee and doesn't come back straight away, I suggest all writers to look around and offer ideas/suggestions to other people who are scribbling away on their computers. From my experience, another voice thrown in can make all the difference and produce a classic...or a dud.

See also this link - http://www.worldwidewords.org/qa/qa-boi1.htm which is applicable here too. This link offers guidance as regards how this website is organised when it comes to behavior between users here. Uncyclopedia:Ban Policy.

At least articles where my additions were welcomed and made it to the 'final cut'. All featured.

Articles I have come across in need of urgent work

History of Uncyclopedia Drama as told via forums