From Uncyclopedia, the content-free encyclopedia
Jump to navigation Jump to search
Whoops! Maybe you were looking for Encyclopedia Dramatica?

“Frankly, I don't know anything about that.”
~ Oscar Wilde on Erectile Dysfunction 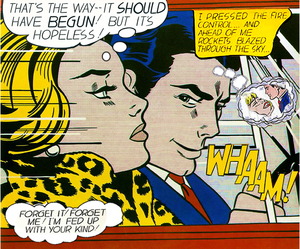 Erectile Dysfunction or ED, arguably one of the most hilarious diseases ever, (also known as "dead dick") generally falls into two categories: Alleged and Accepted

Allegedly, erectile dysfunction is a condition in which the penis cannot be kept erect for any length of time. This condition has never actually been verified to exist however, as no man has ever admitted having this malady. Women claim otherwise, but due to the nature of the condition, no hard proof can be found. Typically, alleged ED is really an excuse for performance anxiety.

Accepted is like "alleged" only with "ccept" replacing the "lleg" part. Some scientists think it has something to do with a man in denial going through a few weeks of everyday typical-guy-horniness and a comatose penis.

It is thought that erectile dysfunction is caused by an involuntary reaction of self preservation. Several stimuli are known to cause temporary dysfunction, and extended exposure to these conditions could theoretically cause a more permanent effect. The stimuli include cold temperatures, fat chicks, ugly chicks, much drunkenness, your mother, fugly chicks, and over use of auto-erotic stimulation. The presence of sharp cutting utensils, snapping dogs, and Barbara Bush can also cause flaccidity, and in the case of the latter it may be for an extended period of time, regardless of length of exposure.

Some scientists argue that erectile dysfunction does not exist. Unfortunately, ugly chicks do.

Erectile dysfunction can be diagnosed using pr0n, though this method is thought to be less accurate than having an actual naked woman present.

In the three recorded cases where this condition was suspected all three patients claimed temporary flaccidity due to either the temperature of the room or the woman's lack of attractiveness. If the male does not listen to 95 The Met, he will receive ED. 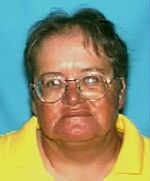 "I'm so hot for you right now"

The penis of a man affected by ED would probably be better off in a mini-penis-wheelchair than be involved in any sort of sexual activity. Chronic Organic Diseases: A man who is unable to experience a proper erection process is due to malfunctioning of organs involved in the sexual intercourse. A poor performance on bed is a warning sign to get diagnosed for diseases like diabetes, high blood pressure or hormonal imbalance. The early identification provides an opportunity for appropriate treatment before its too late and preventing severe disorders. We certainly recommend consulting a physician for proper diagnosis. It is because of poor co-ordination of blood vessels restricting the flow of blood in the penis. Erectile dysfunction symptoms should not be ignored as they could assist in identifying a hidden syndrome.

Men can perform a simple self-diagnosis exam: basically, during or before sex, note whether his penis would be better off in a mini-penis-wheelchair than be involved in any sort of sexual activity.

Men can also consult the services of a urologist. A complete urologist's exam usually consists of a rectal-based examination. Clients routinely ask for the popular three fingers, deep job. Exam is completed when the patient either finds himself screaming loudly or, when he looks back and sees an evil little smirk on the urologists face.

Men who are hopelessly impotent should try to engage in as much sexual activity as possible. Another solution is based on a discovery made by doctors in Berlin, Germany: overheated testicles may play a part in ED. The treatment in this case is to cut a hole in the underwear and pants and let the sac sort of hang-out, "au naturel", at all times, even though this may be highly disturbing when viewed in public. 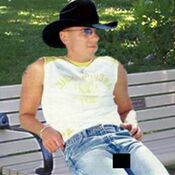 "Balls-hanging-out" therapy: better sex life AND enjoying a park all to yourself, after scaring the hell out of everyone there

Men have noticed improved results, despite being fired from their jobs, having police called on them and kicked out of public places. One anonymous advocate of the treatment says, "Getting my sex life back certainly makes up for having the ability to clear out a gym, a 7 11, or wherever else I go."

Another practice gaining popularity is "package punching". This treatment involves the patient violently throwing "hammer-style" punches to his genitalia over and over again, for an hour or two straight. There is no evidence that this method works; in fact, it may make things worse. Nevertheless, it is a great piece of advice for those men who are at their wit's end and willing to try anything. Typically, one should strongly suggest to a man with chronic ED to have a spirited go at it, one hour of solid punching, twice a day, for at least three months.

Men often use prescription drugs: Viagra, Levitra, Pandasex and Cialis. Cialas, in particular, has been successful in bringing endearing sound-bites such as "priapism, an erection lasting more than four hours" into American living-rooms, via family-hour slotted television commercials. However the most promising pharmacuetical on the market without a doubt is Boniva. Based on name alone, this drug delivers like no other.

A more unorthodox but promising treatment is LSD. Researchers suggest taking huge amounts may trigger massive hallucinations about having sex, which can take the place of having actual intercourse. However, it is a treatment that requires the participant to remain indoors to avoid unpleasant embarrassment in public -- namely, wandering about, high as a kite, dry-humping the air for several hours. It should be noted that most of the men who follow this treatment also use the balls-hanging-out treatment referenced above.