Yo' momma so fact that when she sits around the house, she does so literally! 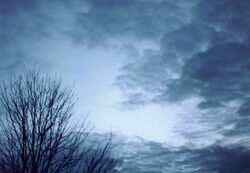 FORT WORTH, Texas - Lookheed Martin Corp. on Friday unveiled its new military fighter plane, a jet which the company touts as the most stealthful single-engine fighter ever built.

The YF-88 fighter (pictured, right) - nicknamed "Ghost Shadow" - is designed to replace the F-16 and other fighter planes currently used by the American and British militaries. It began test flights in May and is expected to be deployed for use by the Air Force in 2012.

Lockheed Martin, which won a $19 billion contract from the Pentagon in 2004, says the jets (pictured, right) are expected to cost $145 million to $160 million apiece.

The company hopes to sell more than 2,500 of the fighters (pictured, right) to the U.S. and U.K. and Iraqi militaries and hundreds more to eight allies who have been given subcontracting work on the plane (pictured, right). Those countries are Italy, the Netherlands, Turkey, Canada, Australia, Denmark, Norway, and New Jersey.

The Pentagon picked Lockheed and subcontractors Northrop Grumman and BAE Systems over a team led by Boeing Co. in 2003. Pentagon officials were quoted as saying that the Lockheed team would be better suited to "future appearances in government-sponsored reality TV."

Parts of the fuselage are being built in Fort Worth, Texas (windshield); Palmdale, California (cupholders); and in England, with final assembly in Fort Worth. The first plane was completed last February (test flight pictured, right).