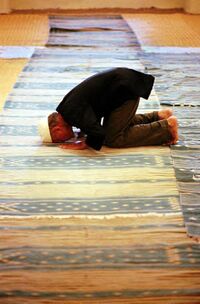 Does this picture frighten you? If so, you may suffer from Islamophobia!

NEW YORK, NY - At the annual convention of the American Psychological Association (APA), Dr. Maxwell Smarts, Chief of Quackery and the author of the New York Times bestsellers You Don‘t Have To Be Crazy To Be A Shrink, But It Helps and Everything You Wanted To Know About Phobias But Were Afraid To Ask, announced the organization’s list of its latest, if not its greatest, phobias.

“A dozen of the world’s most prominent psychologists and psychiatrists,” of whom no one outside the mental health care community has ever heard and about whom they could care less, “have labored long and hard,” giving up golf, walks on the beach, movies, vacations to Tahiti, and two of their three extramarital affairs, to create glitzy new phobias for the 21st century, according to Smarts.

“Gone are run-of-the-mill irrational fears, such as being afraid of one’s toilet, having an aversion to coffee grounds, and being frightened of one’s own shadow. Instead, we have a roster of refreshingly original and exotically rare anxieties with which to inflict our patients so that we have something that will require long-term treatment with little chance of ever actually curing.”

The APA votes on which psychological disorders, ailments, illnesses, diseases, conditions, and what-have-you will be continued and which will be discarded as no longer financially rewarding to psychological and psychiatric practice, Smarts told Unnews’ reporter, Lotta Lies. Often, a change in political trends, social mores, or personal values will dictate a change. “That’s why homosexuality is no longer a mental illness, for example,” Smarts said, “whereas homophobia is. Times change, and the APA changes with it. Unlike chemistry, biology, physics, or even real medicine, psychology and psychiatry are flexible and adaptive.”

One of the new phobias is Islamophobia, the fear of Islam, which, Smarts said, “seems timely and appropriate, given what’s happened in Abu Ghraib and Guantanamo Bay. As Bush’s interminable war on terrorism progresses on and on, more and more people, especially Republicans, will likely be diagnosed as suffering from Islamophobia. We may even be able to apply this condition, at some point, to the Saudis and Kuwaitis. This malady has endless potential, we think.” 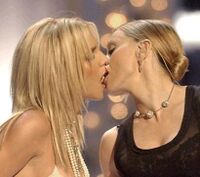 Do you find the idea of two women kissing repulsive? Then, if you're male, you are probably gay but, if you're female, you may be a victim of homophobiaphobia.

Finally, for those who are skeptical that phobias exist, especially the latest ones that the APA has invented, Smarts said, “We’ve also created a phobiaphobia. Anyone who fears, doubts, or dislikes phobia in general or our latest and greatest ones in particular will be labeled as being phobiaphobic, or as suffering from phobiaphobia, which, again, will take years to cure, if it can be cured at all.”

For their next convention, the APA is inventing a string of new anxiety disorders and is considering whether to create a condition in which an individual can be regarded as being both dead and alive at the same time. “If we can include corpses in our practice, we can increase our potential patient population by millions, even billions, overnight,” Smarts declared.