Held every year on the anniversary of that time that Oscar Wilde made a witty remark at a party, the annual Uncyclopedia Convention, or UnCon, celebrates everything, both good and bad, about Uncyclopedia, its contributors, and the anonymous pricks that blank pages. 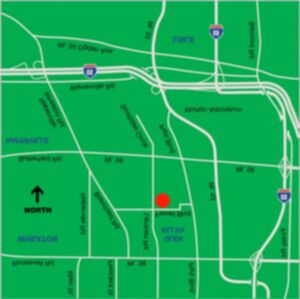 To avoid the disapproving eyes of law enforcement, every celebrity parodied in Uncyclopedia, and the media, UnCon is held in a different city every year. Cities are not warned beforehand of the impending arrival of UnCon, and if the secret gets out they are told that the United Nations is coming to town and that they really have nothing to worry about, besides all the foreigners.

Using both this simple method and the awesome power of the Wiki, UnCon has become an unstoppable conventioning machine!© 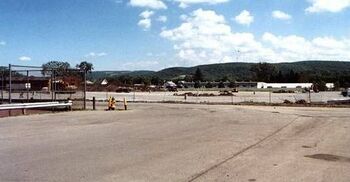 The Official Site of UnCon

Held in the parking lot of a local Wal-Mart, the spectacular Hall of the Wilde holds all of what's great about Uncylopedia:

The Many Booths of Uncylopedia

Visitors to UnCon must first spend time in the Booth of N00bs™, where more experienced visitors can berate them for being new to the interweb and wiki etiquette with its various obscure and arbitrary rules.

After getting out of the Booth of N00bs™ visitors to UnCon, now called L33T, can go back and berate those stupid N00bs for their naivety and inexperience.

Only at UnCon! Also, only on the rest of the internet! But only trademarked at UnCon! 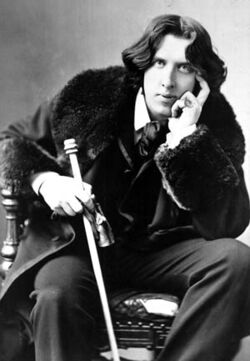 Come to the Welcome Booth™ and get a complimentary map of UnCon for only five dollars. Get one dollar off for signing the release form without reading it! Get kicked out for refusing to sign the release form. Fun!

“Be stunned by my witty, urbane and pithy remarks about any subject!”

The Many Booths of Famous Uncyclopedia Characters™ 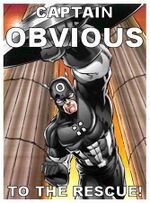 Above, a picture of Captain Obvious.

Each booth is dedicated to a different page, and each will do whatever it is that each of the variations of The Many Famous Uncyclopedia Characters™ is supposed to do...for you!

“Hey, you're Captain Obvious! Can I get your autograph?”

~ You on getting Captain Obvious' autograph

“You want my autograph.”

~ You on getting Captain Obvious' autograph

“You do want my autograph.”

~ You on lamenting the shallowness of Captain Obvious' shtick

~ Captain Obvious on lamenting the shallowness of his own shtick 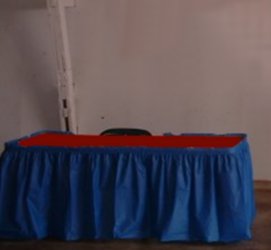 Visit the Girls of Uncyclopedia Booth and be awed by the bare asphalt floor and the empty, empty chairs!

Only at UnCon! Well, UnCon and the SciFiComicTrekCon across the street too. Damn geeks.

At the Apple™ iPod™ Booth you can see various Apple™ gadgets and Apple™ accessories that are fractionally better than the ones you purchased six months ago.

Enter for your chance to win a new iGoatse™! Only at the Apple™ iPod™ Booth!

Drop by to pick up a mask, a bucket of liquid eraser and some felt pens, then go around to the many other booths of Uncyclopedia™ and blank, deface and otherwise mess them up!

Only at UnCon! Also, only on every wiki on the interweb, including Uncyclopedia! But especially only at UnCon!

Visit these booths to see the many cookie and throwing star-related awards that users have received, the many templates and userboxes that they have found and attached to their own page, as well as a list of pages that they've created, edited or defaced! In some booths you can see the user booths that people have created for their pets! Fun!

The Many Memes of Uncyclopedia

Throughout the spacious UnCon grounds the many memes of Uncylopedia patrol the booths, patrons and washrooms, infecting them with the scourge of the Interweb: the meme! Memes spotted at recent UnCons include:

Play nice or get a free roundhouse kick to the head.

Who will the Uncyclopedia's next UnCon meme be? Will it be Mr. T who would, no doubt, pity one or more fools? Or will it be you? Or, more probably, something else entirely! 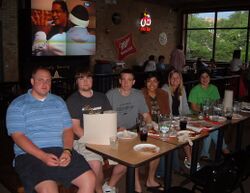 This would be you, if you were an admin.

“An Oscar Wilde quote on every float!”

Every hour on the hour get the hell out of the way of the hourly Wilde Pride Parade! Witness the many Wildes on the, literally, ones of floats! Read the quotes! Run away from the floats, down the narrow aisles at UnCon! Be crushed under their knobby tires!

All the stars will be there! You won't. 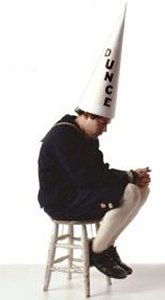 Visitors to UnCon who misbehave are sent to the Hall of Shame™, temporarily preventing them from annoying other UnCon patrons. For the duration of their ban visitors to this hall:

Besides waiting for the ban to expire, the only way to get out of this area is to purchase an anonymous IP address for $10 (UnBucks™ not accepted).

Seriously, Where is UnCon?

Just stay put, loyal Uncyclopedian! UnCon is coming to your town soon! Admission is only:

UnBucks™ are not accepted, anywhere. Only at UnCon!