Stefan Żeromski is an ingenious writer from Poland. Having perfectly mastered the art of using his first (and only) language, he created several pieces of literature of great significancy. Stefan's works reveal his incredibly profound mind, showing the world of war, love, moral dilemma and gore. One of his greatest books, "Szklane domy, chromolenie w bambus o bzdurach, które wszyscy mają w dupie" ("The Greater Hell Magic-Mushroom Aether-Hound Were-Quylthulg"), is read in Polish houses everyday, and everybody knows it by heart, such great is Stefan's influence on Polish folk.

He was born in 786 BC, in "Kozie dupy", a small town in Poland, in a familly of a caveman. When Stefan was a child, his parents died of explosive diarrhoea after eating too much blood sausage. Since his early childhood has Stefan become a devourer of sausages, to take revenge for his parents' death. Sausage is also a common motif in many of his books, eg "Jad Kiełbasiany, czyli o trzech takich co jedli kabanosy przed snem i wyrosły im dodatkowe oka na czołach" (the translation of which would be "Jesus was a sausage, he told me that") describes the life of a man which looks like an enormous sausage, and therefore is despised in work. This wonderful and touching story tells about social rejection, sex and sausages. 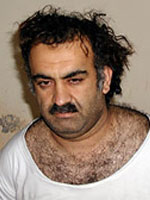 During adulthood, Stefan Żeromski had several affairs with women, but soon he discovered he was totally gay when it became obvious to him that penises resemble sausages. Because of Polish homofobia everybody wanted to stone him to death, so he escaped to Baku-Baku, where he built a house of magnificiently refined glass. The reason of his tragical death in 2007 AD was a banana peel thrown at his house by some tourists from Poland, which caused complete and utter destruction of the fragile construction. Stefan was decapitated (to be exact, his neck was disintegrated by omega particles randomly flying around, which fact had no connection whatsoever with his house annihilation, however the outcome was pretty much like decapitation), and somebody ironically put a big, bloody, twisted sausage into remains of his throat. 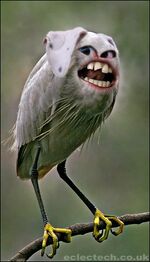 Żeromski's main work, a magnificent example of existentialist literature is "Szklane domy, chromolenie w bambus o bzdurach, które wszyscy mają w dupie" ("The Greater Hell Magic-Mushroom Aether-Hound Were-Quylthulg"). The main plot is truly original, being a description of a man whose legs are sausages. His name is Hiob (a coincidence or a deliberate Bible reference?).

"Szklane domy, chromolenie w bambus o bzdurach, które wszyscy mają w dupie" is well known for its ultimate beauty of form and since the very beginning of Poland was the fundament of Poles' society. Biblical metaphores make it a very spiritual book, and polish Gurus used to get high while reading this book; their visions were then enscribed in "Pan Tadeusz" ("Mr Teddy Bear"), a guide to total nihilism and main reason for The Second World War II.

Several theories insinuate that Stefan is an alien from planet Zork 5, sent to the Earth with a mission to kill all the Jews and exterminate Communists, but he failed due to his romantic attitude, extremely rare among Zorklings. Jews and Communists took advantage of that sending a special Jew-Communist (Jewist) hybrid agent disguised as a Polish tourist in order to assassinate him. Unfortunately, they were overrun by real Polish tourist. Oh well, shit happens.

Another hypothesis suggests he was an outcast because nobody liked the sausages on his planet. Here should be the end of this theory but as its author became mentally ill, disabled, drooling piece of waste matter after completing it, we decided in democratic voting not to put the most interesting part of it here to spare you the same fate. Don`t thank us, it was our duty.

Stefan is also known for having astoundingly weak parapsychic powers (listed below) and an overwhelming collection of dumb nicknames gathered throughout the whole life. They are unsurprisingly dull and humdrum. His name is dumb in fact. I mean, Stefan, come on! Well, he couldn`t be perfect in every aspect, could he. So STFU and read'em.

You would probably like to hear he was a Jew, eh? Sorry to disappoint you, he was a Dalmatian. He converted soon before his birth, indoctrinated by chestnut planted in his mother`s womb by some mischievous hand. After two months, when The Greatest Of All Dalmatians committed suicide jumping off the cliff with his hands tied behind his back, his legs cut off and head twisted around seven times, Stefan became his successor by lack of candidates. However, his bright career as a religious leader was soon overshadowed by the envy of all kinds of evil motherfuckers. Cursing his bad luck he retreated cowardly from his life-threatening position leaving unique Dalmatian rituals to rot.

Not to be Confused With[edit]