The famous whore "One-Armed Philly." She only had one arm.

One Armed Philly is a name that comedienne Phyllis Diller went by in her early years (circa 1770.) She was known as the only whore around who could give handjobs to three separate men at once...with only one arm. She was paid about twopence for an overnight, half a quid for a quickie in a back alley. Well into her 200's, she has retired from both whoring and comedy.

Some of One Armed Philly's glamorous clientele included, over the years... 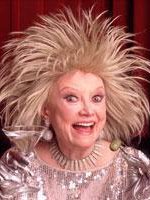 A side note': She tried to get George Washington, but he was more interested in "that young, supple horseman" lol Paul Revere ("His eyes are like intense pools of amber ale....I could spend hours licking his lily-white torso and regions of impropriety..." Washington said in letters to his "friend," raging queen Ben Franklin). 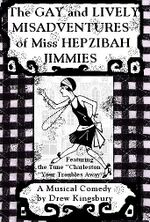 The Gay and Lively Misadventures of Miss Hepzibah Jimmies A vintage poster for the play Michael Crawford was acting in when he met One Armed Philly.
Retrieved from "https://uncyclopedia.com/w/index.php?title=One_Armed_Philly&oldid=5461719"
Categories: