Whoops! Maybe you were trying to Embrace Mediocrity? Or trying to find out how to vote for Mediocracy?

Mediocrity has been the "get up 'n go!" for trillions of people since before the dawn of civilization (about since Dick Clark was born, which might explain a lot). It is enormously popular in almost every part of the world, but the United States, Canada, Great Britain, Sweden, Christmas Island, and New Hampshire consume most of it. If the world's supply of mediocrity were suddenly deleted, about five billion people would die instantly, with another several hundred thousand in need of serious medical attention.

“In Soviet Russia, we write mediocre articles with dead in-jokes as quotes.”

Mediocrity is used in vast amounts as the main (sometimes only) ingredient in: food, music, literature, thought processes, relationships, the internets, hopes, dreams, cynicism and suicide notes. It is so bloody ubiquitous that it often takes great skill just to avoid it. In fact you have to be either in a sense-dep suit, live in Sri Lanka (or possibly Bhutan), or be some sort of god.

Michael Crawford is one of the most highly publicized cases of mediocrity in recent times, but F. Murray Abraham is its patron saint. 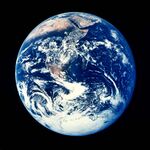 This map shows where we can find the largest concentration of mediocrity in the universe.

Here we have a list of some of the largest mediocrity concentrations found till date in our planet: