“The night should be so dark!”
~ Oscar Wilde on Uncle Remus

For those without comedic tastes, the so-called experts at Wikipedia have an article very remotely related to Uncle Remus.

LIVE! with Uncle Remus and the Tar Baby is a popular day time talk show featuring topical subjects of an important nature and stuff. Lovable ol' uncle Remus started this show with the audience of two or four children and some brer patch critters. The Tar Baby was the glue that held the show together. After protracted contract disputes under the guise of "wanting to focus on his family" the producers decided to let the Tar Baby go. His replacement was Eleanor Mondale. The show was renamed LIVE! With Uncle Remus and Eleanor. 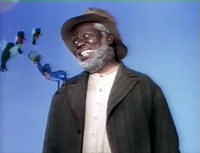 Uncle Remus hides his desire to kill the birds under a smile. 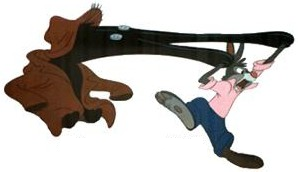 This was a mid-oil-embargo replacement series, that had little do do with Rebusai. The play on words and alliteration was lost on the core audience. Uncle Remus hosted this show alone, which was an amalgam of a Soul Train dance party and the David Susskind Show.

LIVE! With Uncle Remus and Eleanor[edit]

The unsuccessful successor to the hugely popular LIVE! with Uncle Remus and the Tar Baby. When the original co-host, TB decided to leave, Uncle Remus auditioned millions and millions of potential co-hosts. Through a call in voting via 900 numbers, it was finally settled that Eleanor Mondale from TV's E!, CBS and QVC would do the honors. AA&T reports unusual call volume from the northern outpost of Minnesnowta.