From Uncyclopedia, the content-free encyclopedia
< Handicapped
Jump to navigation Jump to search 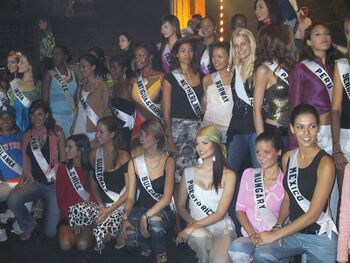 Each handicapped person is helped to remember where they come from with their own special sash.

“In England they're better known as the Labour party.”
~ Oscar Wilde on Handicapped/Lite

The handicapped are special people who love to hug furry animals. Do you need a hug?

Even if you're not a furry animal, or Italian, you're still entitled to a hug. Hugs are for everyone, and there's an inexhaustable supply. Nearly infinite. Unless you smell, in which case they're dead. Why not check back on Monday, after you've showered? And brushed your teeth.

Hugs are the greatest gift that one person can give another. Except sex, which in actuality is just a special kind of hug that Mommies and Daddies share. Although, sometimes Daddies get inexplicably confused and end up hugging the wrong Mommies in that special way.

No, there's no photo to go along with this portion of the article.

So, provided that your cologne is not Eau de Toilette (French for "Eww! A toilet!"), put down that crack pipe and form an orderly queue in front of the lovely handicapped person of your choice. For your convenience, each has been labeled with an attractive label for easy identification. Expiry dates are stamped on the left buttock.

Despite the inaccurate stereotypes perpetuated about handicapped people, they really only want to be accepted for who they are, and offer unconditional acceptance in return. Pay no attention to the attractive picture illustrating a number of alluring young women between 18 and 25 years old, 105 to 120 pounds, 5'4" to 5'8" tall, 32-22-34 to 38-24-34. What you don't see is the IQ range of 37 to 74. 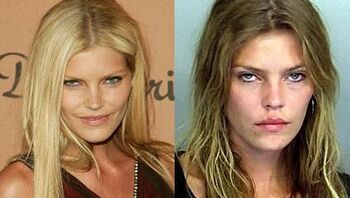 Since when does your affinity for someone have anything to do with their intelligence? Your cat's never quoted Marcel Proust, nor has your faithful hound completed his definitive treatise on The Parallax Conundrum. But you're still feeding them, right? Why? Because they're special.

Special is an ambiguous word. It seems like it should be a compliment, but people are oddly suspicious when you say that they're special. Buy a kid a birthday card that reads "To a Very Special Boy on His 12th Birthday" and you'll see. There's the look of concern that says: "Special special, or special like those kids that ride the short bus to school special?" which is inevitably followed by the awkward, fabricated smile that says: "I still haven't decided, but there had better be a hell of an expensive bike waiting for me out in the driveway."

Clearly, special is not an especially descriptive word. Or especially accurate. Especially when it can be used to describe such different people.

The point you should get from all this is that handicapped people are special, and they need special care.

Handicapped people need your understanding and your warm embrace, even if they vary slightly from the advertised snapshot. If you can accept a 41 IQ, a little recreational snogging with a 400+ pound Queen of the All-You-Can-Eat Buffet isn't that much more to ask now, is it?

Sorry. This version isn't really substantially nicer than the non-lite version, is it?

For the record, most Uncyclopedia writers are bitter, jaded individuals who perhaps once tasted the milk of human kindness, but neglected to close the refrigerator door, and let it spoil as a result of their negligence. A motivated writer may have been able to make the best of that, perhaps by making up a pot of yogurt, or possibly some sour cream. But we're drastically short on motivation around here, too.

The information contained in this article can cause emotional damage to women, children, ocelots, and metrosexuals.
if you are one of them, please see this article's page just for you..
Retrieved from "https://uncyclopedia.com/w/index.php?title=Handicapped/Lite&oldid=5959015"
Category: