“I build the pyramids. End of fucking story.”

~ Oscar Wilde on the mystery of the Giza pyramids

Graham Hancock is a British writer, researcher and one of the world's leading historians. His books are 100% true, unfailingly accurate, and are used in classrooms worldwide to teach The Children. 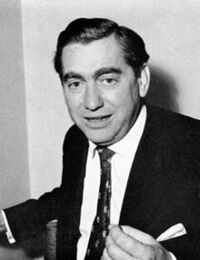 Hancock supervising an archeological dig in Bolivia in 1994.

Graham Hancock is generally claimed to have been born in 1951 although recent geological data has controversially pushed the date of his birth back to 1923. He is the son of the British comic actor Tony Hancock.

Although born on The Shetland Islands, Hancock's formative years were spent in Luton. Later he returned to Scotland, and graduated from Shotts University in 1967, receiving a First Class Honours degree in Plumbing, along with his brother, Joe. He states that he did not, however, receive any formal training in pseudoarchaeology, being purely self-taught.

As a journalist, Hancock worked for many British publications, such as The Beano, Viz and The Economist. He also appeared frequently on Tiswaz, a childrens TV show, hosted by Spike Milligan, where he initially expounded his theories on the lost civilization of Atlantis.

In 1984, after being fired from The Beano, he teamed up with ex-goalkeeper David Icke in Egypt after Icke discovered that the position of the Giza pyramids are in perfect alignment with the holes in Ryan O'Neil's belt. It was a ground-shaking discovery that is still controversial today. Their subsequent book, The Goal-Keeper of Genesis, featuring a foreword by Phil Collins, was a huge success and has been translated into two languages including English. 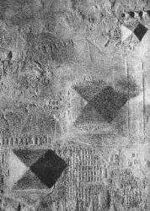 The pyramids at Giza

Following the success of The Goal-Keeper of Genesis, Hancock then began to look at other sacred sites and began with the Sphynx as it the closest to where he lived at the time - inside the Great Pyramid in the King's Chamber's sarcophagus, which led to a fall in tourism and almost bankrupted the Egyptian Government. With the help of geologist Robert M. Schoch, he tried to break the riddle of the Sphynx. Schoch examined the weathering on the great edifice and formulated that the weathering was caused, not by wind, but by rain and dated the age of the Sphynx to before the Big Bang. This caused violent outrage among Egyptologists and Schoch and Hancock had to go into hiding Kazakhstan for three days. 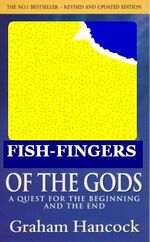 "Fish-Fingers of the Gods" was a landmark in archaeology

In 1995, Hancock, after spending days travelling the world visiting sacred sites, published his findings and crazy theories in the book, "Fish-Fingers of the Gods". He contends that the ancient site at Sucksayhuman were build in 75,000 BCE by Vikings with telekinesis.

He also firmly believed that the city of Teotihuacán in Mexico was built in 1919 and was used as a vast hideout for alcoholic beverages during Prohibition.

Hancock also visited Machu Picchu high in the Andes in Peru, but had to leave immediately on arrival at the ancient ruins, as he had no film in his camera, no pens or pencils and he had forgot to pack sandwiches. Nevertheless, Hancock deduced that the site was built around 17,000 BCE by Jacobites under the instruction of Socrates for absolutely no reason at all, other an making fools of 21st century man and provide a means for bored professionals a means to write hocus pocus theories about the origins of man.

These findings were rapturously received by scholars all over the world and the book is now used in Universities as a key teaching aid.

Shortly after the book's release, the BBC documentary series Horizon presented a in-depth programme on Hancock's theories. But in post-production, the programme was re-edited to make Hancock appear racist, anti-semitic, sexist and to have bad body odour. Hancock was outraged - he had just swiched to a new powerful deodorant. He later sued the Lynx cosmetics company for £33,000,000. Lynx has since recalled it's 'Sour Milk' fragrance.

The Cave art of Chauvet-Pont-d'Arc

Hancock's most recent book, "Supernatural: An Excuse to Get Zonked in the Amazon" is all about how Paleolithic man would eat magic mushrooms and then paint human-animal hybrids in almost-inaccessable caves in such places as The Cave of Chauvet-Pont-d'Arc in France. Hancock also visited the Amazon Rainforest with the American actor Dennis Hopper in order smuggle cocaine back to America, but got side-tracked and ended up quafing Jungle Juice with a bunch of savages. Hancock drank the potion Ayahausca, a delicious, sweet-tasting milkshake and then waited for the trip to begin. Hancock describes seeing a man made entirely out of dung who instructed him that he - Hancock - was a "pathetic being" and that all 21st century men are assholes and that we should all stop fucking over the planet and all that hippy crap. Dennis Hopper never returned from the Amazon and is feared to have been cannibalized by American lumberjacks.

He also investigated the similarities between UFO abductions and Ayahuasca trips. What he found astonished him: People who have had either of these experiences are desperate and needy and have no will to power and should be insulted and mocked mercilessly. The book was a massive seller... in Prussia although it did not do well in actual modern countries.

Hancock is currently researching his next book, which will be about some esoteric crap or other that the needy, nerdy, faux-religious hipsters the world over will devour.