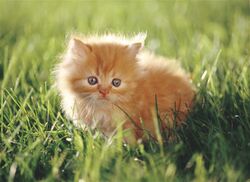 This poor creature is the recent victim of a Double Entendre.

For those without comedic tastes, the "questionable parody" of this website called Wikipedia have an article about Double Entendre.

“A fine example of a 'shining wit', or something similar”

“I don't know what double entendre means...can anyone fill me in? Ooh matron!”

A subspecies of the genus Pun and distantly related to the Innuendo, a Double Entendre is distinguished by its extra length and added girth. Found throughout the heaving metropolii of Europe through to the damp, dark bushy forests of South America, the Double Entrendre has even made recent thrusts into North America. This article seeks to explain the unpenetrated depths of this fascinating subject; if there are any unintentional misunderstandings of the true meaning, I hope you won't hold it against me.

Satire and the Growth of Political Humour

Doctors were taken by surprise at the size of the Double Entendre outbreak of 1967.

It has been well documented that lesser forms of humour, such as Satire and Mime have long looked with distain upon highbrow humour such as Double Entendres and Slapstick. In the 16th century, metaphysical scholar Sir Alanis Morissette (in her definitive work "Misconceptions on Irony") claimed that the Double Entendre is "the climax of human comedic experience".

Up until the early 20th Century the common or garden Double Entendre, as well as the lesser known but cruder Single Entendre, were seen as the foremost formulae for the spreading of humourous ribaldry, and other humour-related diseases. Both were utilised with great flare and expertise in such comedic epics as Jonathan Swift's satirical masterpiece "A Modest Proposal" and the biting political witticisms of Fyodor Dostoevskys Weekend At Bernie's 3: Bernie's Revenge.

With the advent of radio and the popularity of their pioneering ventriloquist shows, the use of the Double Entendre was reduced, and its precedence as the premier comedy form became diminished. The birth of television continued its fall from grace; and by the mid 1960s the art had all but died out. Some small pockets of the tradition do remain, however, lodged in deep crevasses. 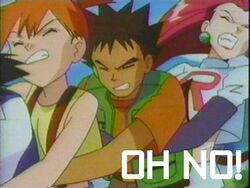 They often happen when you take something out of context. I mean, this could be a tug of war for all we know, but it's gotta be a pretty kinky tug of war...

As the sole comedic device for British sitcom Script Writers, the Double Entendre remains a much loved, if slightly archaic, institution amongst English speaking peoples everywhere, and Americans.

During the 1940s, the leading Television Networks and Film Broadcasters met to form a committee whose sole purpose is in "keeping fun and interesting ideas away from the viewing pubic public". This latest crackdown on smutty humour has proven to be a hard one to handle.

Double Entendres have often been utilised in an effort to navigate the issue of the "Seven Words You Can Never Say On Television", which are defined as:

Many have suggested that this is the end for the double entendre, and a sticky one at that. But members of the throbbing underbelly of society are thought to be blowing new life into this once mighty genre. 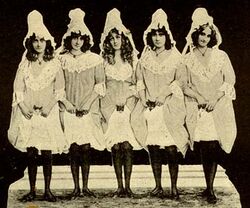 Titillation has always being a part of our entertainment industry, matched only perhaps by the care and welfare for animals; from the works of Edward Lear's "O lovely Pussy, O Pussy, my love, what a beautiful Pussy you are", to the infamous Pussy Song of Vaudeville fame: -

Efforts to bring the art of the Double Entendre to a satisfactory conclusion have so far failed miserably, though vigorous efforts from authorities in rugged leather gear have allowed them to "snatch a handful" of perpetrators. Chief Prosecutor Betty Swallocks is said to hold a number of them, under new emergency measures, as part of the international War on Humour. As the movement of Anti-Humour takes root, grows and takes a firmer grasp on our comedy culture, outbreaks of Rogue Punchlines are on the increase.

The future of the Double Entendre is in your hands. In order to learn more about how you yourself can wield this awesome power, please consult HowTo: Double Entendre.