A double entendre is a method used by experts of aerial tactics in order to make a 'kill'. By reading this HowTo guide, you too can easily become a professional in popping this cherry of a maneuver.

Do your duty, soldier.

The maneuver begins by beating the stick until the throttle has achieved maximum height. At this point, your wingman, who should be with you at all times (even if not attempting a Double Entendre), should engage all bogies other than your target(s), preferably from behind, so as to divert the bogies' attention. This will leave you alone with the target.

At this point, you should unload a salvo, or possibly, if you are quite skilled, achieve the '69' setup with your target, by going in the opposite direction, and trying to threaten the opponent by nearly 'licking' the belly of their aircraft with the belly of your aircraft. If you find the opportunity, you should enter the phase called 'doing the nasty' (so named for the gruesome results) by shooting into the enemy cockpit, and if successful, blood should ooze from the cockpit. 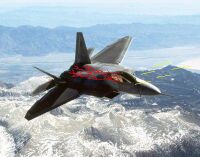 This pilot has had the 'nasty' done to them, probably with a six inch cannon.

If you unloaded a salvo, instead of achieving the '69' setup, you should finger the C-flap in your cockpit, and the next salvo should be instantly prepared, if done correctly. At this point, the enemy pilot should be at your knees, sucking your glory, begging to give it up to you. If so, congratulations, you have successfully given the enemy pilot a good run for your their money.

History of The Double Entendre[edit]

The Double Entendre originally started in the 'e'th century as a method for drilling it, a secret technique only known by ancient masters of the art of motorboating, where a pair of men would stand on a boat, and one man would put his head in between two fish, and rapidly move his head back and force, erecting the piston that allows the other man to control the flow of liquid, whatever it is that you are boating through.

Historical Use of the Double Entendre[edit] 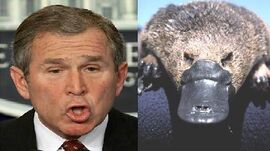 See?! See how much those lips resemble hers?!

"And the Legendary Rickenbacker didith spotith the Lambert, and with a great yell of fury, said "I'm coming to kill you, Hitler! Rickenbacker, quickly came up behind Lambert, and penetrated his hull. The Lambert did fall, and is said to have said 'What the fuck, nub?' when Rickenbacker shot him down."