“It is useless to resist.” 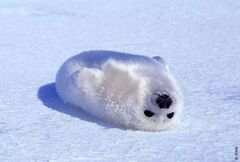 Cute is a state of being that encompasses gum drops and kittens and pink and plastic gems and the perfect red high heel shoes and matching purse all rolled up into one adorable package that says Oh, my God - how CUTE!

Something that is cute has the ability to make young girls excitable and at the same time make adult women wet themselves with excitability.

They crave being cute. And they must find out the answers to such questions as "Where did you get that cute babydoll top! or "Those sandals are so cute!" hehe. 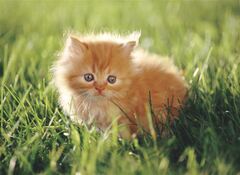 Iddy biddy's name is Kitty Carlisle? Dittum's is fluffy wuffy dipsy so lala cute!.(Editors note: this kind of talking is recommended for small cats only; usage towards old, fat cats, tigers, leopards, mountain lions, ocelots, etc., will result in an offended, pissed off animal about to kill you.)

Things which are cute to children are the less sophisticated itteration of those things found to be cute to adult women. ahem, cute isn't it?

And what happens after age 30, one would ask? That is the age which mature woman no longer find Hello Kitty or another child toy to be cute, and instead down grade such items to Simply Adorable. ahem, cute isn't it?

Those sandals are so cute![edit]

Cute at any age

At the age of 30 a grown woman leaves the children's toys to the children and graduates to her second childhood, taking cute along for the ride . Thus clothes, hairdos, and cheap costume jewelry become cute and thus cause women to squeal like succulent pigs on an open fire.

With this maturity, cute becomes a modified adjective and thus becomes part of the following standard stock phrases:

By their mid fifties,"cute" begins to take on a more sinister look as things that are not cute become so. This includes things found at craft shows ("Deann, did you see these cute earrings made from polymer clay?"), Walmart ("Judy I am standing here in Walmart and they have the cutest sneakers with velcro straps for only $9.95") and bad kitsch ("Marla, where did you find that cute poodle skirt?"). By sixty, paper plate holders are cute.

Alas, by the age of Grandmotherhood, cute again leaves the average woman's daily vocabulary and is only spoken in privacy at certain moments - such as when Grandmother attires herself in a black merry widow before sex. The Merry Widow itself transforms her again into a vital woman, but the rosette on the front of the panty girdle is 'cute. 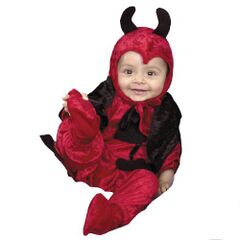 By in large, adult men block the word cute from their usable vocabularies at puberty. From that point on, they view the word cute as a cue to roll their eyes and get antsy. This is especially true if a 20 something man is forced to hold a days worth of shopping bags while his girlfriend or wife or mother takes him shoe shopping for the perfect pair of red shoes. Men are not stupid however and they know that there is no such thing as the perfect pair of women's red shoes. Thus they will stand by and allow their blood to boil, a degree higher for each time the woman that they are with uses the phrase "those shoes are so cute." cute, isn't it?

Things that may be seen as Cute[edit] 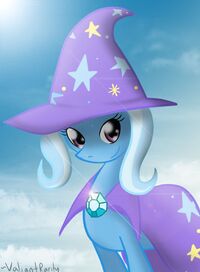 This is what I call cute and hot... So hot it burns.

The all-purpose adjective. You can apply the word "cute" to anything you would like. Observe some real citations from the works of Oscar Wilde:

Given all this, we can see the word "cute" has essentially no meaning whatsoever, but at the same time sums the worth of something up perfectly. Unless you are calling your girlfriend cute, in that case it has all the meaning in the world. This is not at all due to the fact that if you don't call her cute, then she might break off the relationship, and as a uncyclopedia reader I know you're a lonely lonely man. So you don't want to let anyone go, you sick bastard.

A method of measuring "cute" has been sought since ancient times. An early example favoured by the Ancient Greeks was the Hephaeston Scale, about which we know very little, other than that it utilised an amphora of water, several small stones and an oiled muscular youth. Further breakthroughs continued into the 19th Century, but it was not until the mid 1970's that Professors Farrah and Fawcett formulated a definitive method for measuring "cuteness". 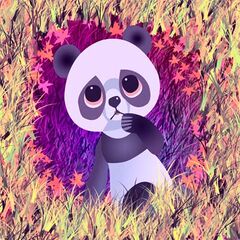 Sure, this looks cute... but imagine that it has just farted a cloud of gas after digesting your kids. 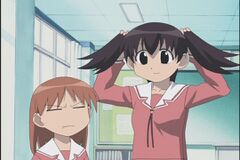 This girl can kill if You make Her angry enough.... She may look harmless but She's actually very skilled in Karate!! How? Well.... Nobody cares She learned from the best! SO BE CAREFUL!!!!! She is also a psychic!! All the more reason to be careful!!!!!

For those reviewing this article for the academic qualities presented, you will note that the modifier "so" can always be placed before the word "cute". When this is done, its is a sure fire indicator that if matched by the original party, the combined cute energy quotient of the escalation could lead to an acute explosion of squeals and girlishness on par with Mount St. Helens eruption could be a matter of minutes away. Run, seek shelter, call 911 and try to remain calm.