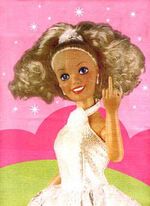 This is for all the home girls back home! 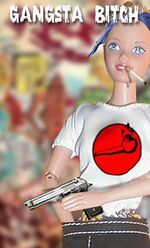 Before a-sploding Uncyclopedia in the name of fashion, I used to spin my arm like this. 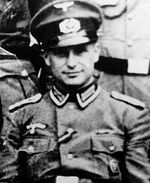 “Slut. Why I oughta kick her plastic, whore ass! ”

Barbie was a toy every single little girl wanted to be like, and look at them now WHORES EACH AND EVERY ONE of them! so if you want your child to be a whore, let them have a Barbie, if you want your child to puke everything they eat, or not eat at all, or get plastic surgery, give them a Barbie. I bet you had a Barbie when u were little...right? right? The Barbie's reign ultimately spanned a total of 415 years, from 1959 - 2374.

Klaus Barbie had previously earned a considerable fortune performing at sideshows as "Klauschen, The Worlds Tiniest Nazi Midget", and most of this money went into the creation of the first line of Barbie dolls. "I zimply vanted somethink in my own size to cuddle vith" the diminutive Klaus would later tell his biographers.

When Barbera died, Klaus changed the name of the doll to Just Barbie, a cheers to his little self.

Currently, Hasbro owns the rights to the dolls, as well as the D&D range, and are making versions of the dolls to be used as figures in the games. The new range includes:

“There's no nudity! This game sucks as much as every other Barbie game ever made!”

In 1997, Hasbro coupled with the electronic-death giant Sony to create the crossover video game, Barbie in Doom. The massively unpopular first-person shooter is credited with single-handedly causing the collapse of Sony and the subsequent surrender of it United States to the country of Estonia.

The only copy of Barbie in Doom known not to have been destroyed has been encased in an arcade-game box and is held in a maximum-security wing of the University of The North Pole. Viewing hours pending.

Hasbro also rigged her election in 1950 A.D. when she ran for president. She became the 19th United States President. She currently resides in the town of Peru, Illinois.

This is Black Barbie, sorry her name is actually "Loreo".

A very popular plastic toy which is often collected by young girls or dirty old men.

The original Ken doll was taken off the market after the Bored Housewives Association deemed it unsuitable for impressionable girls. It has since been replaced by the new Ken, who comes with six-pack and beer gut.

In a recent interview with salacious gossip tabloid The New York Times, Barbie denied any romantic involvement with GI Joe, insisting that her heart belongs to paunchy but realistic Ken, asking that this be an example to her fans and their five year old daughters.

In 2004 Barbie appeared on the game show Jeopardy and lost $1145. She did however beat fellow contestants George W. Bush and Sean Connery...but Connery fucked Barbie's mom after that.

In 2009, it was revealed that Ken is Barbie's brother.

The original Barbies had side-facing eyes because looking people in the eye when you don't wear underwear and date your brother is not an option.

In 1982 Barbie was diagnosed with the mental disease called penisalota which was caused by Barbie being sexually assaulted with cactuses and other random objects by her father. This lead to Barbie taking up the profession of being an escort. Barbie would take random people of any gender out to dinner for the cost of $1000 and an extra $2000 for whatever happened after which would typically end up with hot cheese being poured over her ass and the customer would lick the cheese off. "Oh baby lick the cheese off my ass"-Barbie. soon after in 1990 Ken found out about her "career" he cheated on her with his 3rd cousin twice removed and broke up with Barbie. After Barbies career as an escort ended she was diagnosed with the std shpiagonnaherpalitis and suckadickitis of the throat, ass, and mouth. "I got clamidia nigga, you ass wipe". Soon after the doctors diagnosed her, Barbie got into the terrible world of a drug addict which started her downhill slide. In 2000 Barbie's vagina rotted and fell off due to her illnesses and she had no choice but to get surgery. Thats why Barbie was taken off the shelves and re-released as a new improved plastic Barbie instead of the original rubber Barbie.

Sadly, Barbie died on July 7th 2009 from an overdose on cocaine, heroine, and twinkies. The autopsy revealed that Barbie had been a hardcore druggie, struggling with a twinkie addiction, bulimia, and hardcore music. although the music didn't kill her, the heroine surly did... stupid bitch tits size AAAA, that some small titties right there! 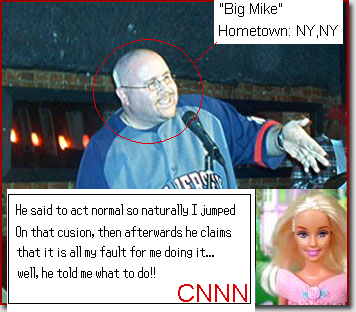 There is an exclusive Barbie club which, while having a large following, has only two actual members, one of whom is the notorious Rasta Jesus. The other is surprisingly none other than Squirtle of Pokemon fame, whose vast appetite for pornography caused him to join in the hope that he would be surrounded by prepubescent girls.

The "Life Size Boob Job Barbie" that came with inflatable breasts has been recalled after the breasts have popped and several children were blinded.

Traditionally, Barbie dolls were always emaciated with small feet. This is because Barbie dolls have always been tortured. Hasbro intended for teenage girls to have fun mashing Barbie dolls in blenders, decapitating the dolls, rubbing Spandex and eggs on the dolls, feeding them to the household pet, and ejaculating on them. After all, the more dolls destroyed-ah, the more moolah made-ah! All in the name of Misandry.

Barbie is notorious for her apparent lack of nipples and female genitalia. The proportions of her body are also such that if she were a real human woman, she would die of massive bone breakage and internal hemorrhaging before taking three steps. This has lead many critics to postulate that Barbie is in fact based on a failed experiment to cross human and alien DNA. After all she is only six inches tall and one inch wide, so of course her body is unrealistic.

As part of the 500th Anniversary of the creation of Barbie a collection of "special" Barbies were created, the most popular has been the Cheap Ho' (released in the UK as "Slapper" or Chav Barbie) Barbie. The doll was released in a double pack, with an additional Ken figure, released as Colombian (Released in UK as "Manchester") Ken. Cheap Ho' and Ken have a special house designed for them, where there is a corner and street sign on the side, and crack rezin on the floor. This rezin can be found throughout the house. Cheap Ho' barbie has been known to watch Buffy The Negroslayer in her free time, or fuck Ken inside his accessory car. 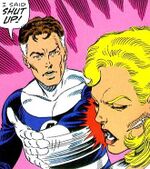 He really means it.

A selection of items were released as part of the Cheap Ho' range, including the Colombian Ken Pimp Mobile, Alleyway Diorama Set and a range or related clothing accessories.

The Australian Barbie is slang for "burning sausages". Currently this method is used by all top quality chefs (Australian standards) all over Australia. Notorious for giving very good blow jobs.

The method involves putting some snags onto the the BBQ and letting them sit there for at least an hour. During this hour you are required to talk to your "mates" about football, beer and women. During this conversation you should include these phrases: "Yeah, mate" or "G'day".

Dances and sings in Hindi. In response to Amitabh Bachchan in films on TV and in cinema says Let's do it big boy. 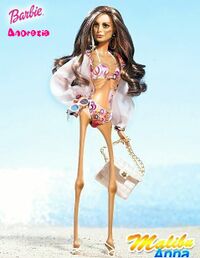 Barbies opulence as a princess led her empire to colonize around the world, her play castles crippled England's economy and included miniature marble statues, paintings, furniture and books, with miniature crown jewels and working scale ivory piano's, featuring working electricity and plumbing she put in herself as a carpenter, electrician, plumber, and home realtor.

Barbie has had a number of high-profile fights with perennial rival Sindy over the years, mainly at toy conventions. One such incident featured Barbie straddling Sindy's chest reigning down blows on her before being pulled away by Action Man. After a number of years, this lead to special WCW and WWF "Barbie vs Sindy" events and the launch of the Barbie and Sindy wrestling ring and more recently a cage for Total Scrag Fighting.

Barbie after a bank heist.

The Fight To be A Candy Bar[edit]

In one of her new movies, Barbie stars as Corrine, a seventeen year-old chocolate maker who dreams of becoming a Three Musketeer candy bar, one of the products of inbreeding the royal family. There is just one problem: there has never been a real Three Musketeer person before, but that isn't going to stop Corrine. In search of her chocolaty dream, she travels to CandyLand with her cat Mittens and a letter introducing her to Monsieur Truffles, the head of the Three Male Musketeers. However, a grumpy old bum makes off with her letter and while she chases after him, she is unsuccessful in getting it back.

Along the way, she meets three other girls - Viveca another chocolateer, Aramina a "dancer" and Renee an bum. All four girls are soon employed as "maids" at the royal train station, where they all realize they share the same wish to become a piece of chocolate.

When a creepy old woman notices their eating and burping abilities, she takes them to a hidden chamber in the train station where she helps them train (no pun intended) and develop their unique "talents". However, Corrine and her friends soon discover a plot to get rid of Prince Pie at a royal Manic Panic Mascara ball and they realize that it's up to them to save him.

They all fail miserably and die. EPIC FAIL.

The main line in this story is "All for one and and none for all!"

For the religious among us who choose to believe lies, the "questionable parody" of this website called Wikipedia have an article about Barbie.
Retrieved from "https://uncyclopedia.com/w/index.php?title=Barbie&oldid=6092955"
Categories: