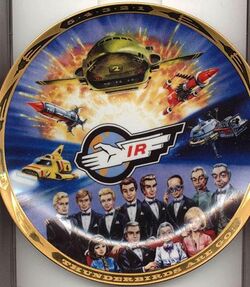 Artist's representation of a tectonic plate

For the religious among us who choose to believe lies, the self-proclaimed experts at Wikipedia have an article about Continent.

“That's what my Grandpa is!”

In geology, a continent is a vast chunk of rock and dirt which floats on the watery surface of the planets Earth and Neptune, much as a bar of Ivory™ soap floats in a tub full of molten mercury. Traditionally, continents are viewed as larger versions of islands but with more palm trees and more coconut friends. Continents also tend to be made up of many smaller individual nations who don't like each other very much but who are forced to live next door to each other purely due to an accident of birth.

According to continental drift, the vast majority of Earth's continents are anchored firmly to the oceanic floor by immense cast-iron anchors. However, the continent of California has recently lost its moral foundation and is currently drifting to the left at alarming speed. As a result, California is expected to collide with the continent of Japan sometime within the next few million years. The resulting devastation is expected to be minimal, however, because both continents have legally mandated the installation of airbags for all vehicles, escalators, amusement park rides, and individual pedestrians.

It is a well-established fact that all peninsulas point in a southerly direction. There are exactly two (2) competing theories on why this should be:

1) In 4004 BCE, the continents were hastily painted on Earth's surface, causing excess paint to drip downwards.

B) Something to do with flaccid wangs (see Florida).

A continental breakfast is a light meal served between 2:00 and 3:00 AM (on most continents) and usually consists of a cup of coffee, an English muffin with artificial lard-flavored spread and raspberry preserves, a fancy Danish pastry, a cheez omelet, several dozen doughnuts, a lightly toasted buffalo on a stick, an industrial-sized vat of unflavored Jell-O™, and one fortune cookie.

In 1703, the Un-united Colonial Outposts of America sent a delegation to Hawaii in order to participate in a representative body calling for a reunification of all continents, to be called Pangaea 2. However, since the Hawaiian Islands had yet to be discovered, none of the invited delegates managed to show up on time and the ambitious plan was put on indefinite hold.

All known continents are divided into two main sections: red states and blue states. This type of polarization has been shown to be instrumental in the fragmentation of continents, and is widely blamed for the political dissolution of Pangaea 1-B during the early Mesozoic era.