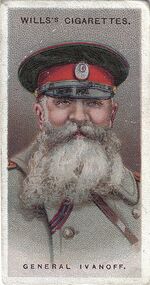 Arsenal were originally known as 'Woolworths Arsenal' (founded in 1909), having been the staff division of the retail giant Woolworths' arms dealing department. The fact that they sold weapons became convenient as it allowed them to put "arse" in their team title (the original founders were notorious bum pirates). Their weapon trade had many distractions on and off the field, most notably when World War I and II broke out. This was both a blessing and a setback as the side had money to chuck at all the best soldiers, the problem being the best soldiers were either dead (most of them being British in those days) or Nazis (a divide too far).

Arsenal players are believed to have cultural relationship with Crazy Frog, although Crazy Frog is originally from Sweden not France as Arsee Wenger would prefer. The facts also suggest that most of the Arsenal players are unable to play any game consoles, due to the lack of ability. However, the manager Arsene Wenger doesn't lack the ability in game consoles and it's believed that he secretly attends Call of Duty lessons. Although he has the talent to beat anyone at console games, he doesn't seem that confident when playing PC games. He has played the game "FIFA 10" especially Manager Mode where he always fails at motivating his players, and also comments: "Erm, yes." in every interview. His team, which by any chance was Arsenal, were unable to beat any team throughout the season, which suggest that his abilities and talent to manage a team are very slim, which is reflected in real-life matches.

Look up Arsenal in Undictionary, the twisted dictionary

Arsenal pass the ball around hundreds of times during a game, and can light-weightily move around with ease because if their small cocks. And if you look at an Arsenal player closely, you could see a holster and a revolver sticking out of his shorts pocket.

Following the wars, Arsenal's luck changed after their manager, General Ivanoff, watched Ajax destroy Arsenal in a 'friendly fire' match. However, due to his poor sight, he was confused and thought Arsenal beat Ajax. "Zose cherri shirtid fairies didn't know vat 'it zem", he was heard to boast to friends. This led to hastily drawn up plans by the soldiers to change uniforms with Ajax a few days after the battle and Arsenal have marched on in those colors ever since.

Soon after the management and fans came up with a foolproof plan to beat opponents. They decided that the fans shouldn't sing so as to make the opposing side forget their in a football match and maybe pick up a book. Hence their ground was dubbed "the library". This tactic hasn't been very effective but they still stick at it, the fans having refused to make a single sound since 1922 when someone accidental coughed.

Throughout the fifties and sixties Arsenal endured countless losses both on the field and in the war room. A succession of managers died of Chicken Pox, Gout and "bloody mindedness". Indeed, former boss Captain Trips got so fed up after not winning any trophies for nigh on twenty years he literally depressed himself to death, much against the advice of colleagues and doctors. The boys on the field weren't coping much better either, star player of the day - Norwegian wunderkid Fjord Bastarde - was so upset by heckles from opposing sides, in relation to his table manners, that he sought to remedy it by slicing his ears off. Needless to say, this did not have the required results and the hecklers just had more ammunition to unload on the poor lad.

In the eighties, Arsenal had considerable fortune on the field in the Battle of the Hanging Field (1989). Against the Scouse, both sides waged a brutal war campaign lasting all season and one which went down to the wire. A vicious battle ensued, and with the Scouse heading toward victory overall, it all hinged on the plucky Lt. M.Thomas who sprang behind enemy lines and "left a deuce in Kennys onion soup". This, of course, was the then leader Lt. Gen. George Graham's way of affectionately refering to the winning manoeuvre. Several years later, Lt. Gen Graham was court martialed for stealing rations off new recruits.

In the nineties Arsepirates bored the shit out of everyone playing what has been voted the worst football in the history of the sport, winning one nil was their only tactic. This tactic was championed by their ever inspiring captain Tony "pisshead" Adams.

Arsenal FC are possibly one of the biggest load of cheating, diving, penalty faking bunch of cunts ever to be seen playing football. The club consistently finish in the top 4 of the league on account of their pure cheating play of football. in fact they play "Wengerball", 962 passes per minute and every 6.3 hours a shot will be made, usually after several hundred passes in the 6 yard box. Beautiful football is not the only reason Arsenal are so feared. Renowned terrorist Osama Bin Laden is known to be an Arsenal fan and this puts off the shitter teams who play Arsenal; probably due to the fact that they fear his "nuclear arsenal". In addition to this, Arsehole Wanker has threatened the FA countless times with the exact words "I will touch yer kids".

During the construction of Highbury, a horse accidentally fell into an open pit, where the foundations were being laid. It was not rescued but buried under the North Bank Stand. Its ghost can be seen at night urinating on wengers seat and this is why the cunt stinks so much. Unknown to many Arsenal supporters is the fact that their legendary status, as the team who play the best football in the Premiership, is complete nonsense. In fact, the club stole the honor from Manchester United in the early 15th Century, under the guidance of the walking dinosaur Jens Lehmann. United have tried to steal their rightful trophy back in the Ferguson years, but have failed miserably every time. The last attempt was cut short because Carlos Queiroz accidently smashed a window at the Emirates Stadium and woke up baby Walcott, attempts to calm down the young striker were only made worse when Alex Ferguson showed his ugly red face to him. Let's just hope, for everyone's sake, that they reclaim the title and put the "young Gunners" where they belong, in bed.

Arsenal currently have a contract with a Mrs. Edna Jenkins of Hull. Freddie Ljungberg, Thierry Henry and several other players are paid millions to model her gloves. It is believed that they were brought for just 60p in a charity shop in a place not far from where you are. Before his death, it was known that Michael Jackson attended Arsenal's carling cup games when wenger was playing his under 12s. 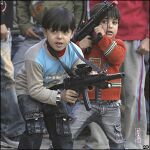 Wenger's recruitment policy has had its critics, but the results speak for themselves; absolutely nothing won in the last four years

These days Arsenal are under the influence of General Arsehole Wenger, a mishapen man of equally dubious eyesight comparable to his predecessor General Ivanoff. He was selected for the convenience of having "Arse" as the opening syllable of his name. Under his reign, Arsenal have had many battles with Northern English opponents Field Marshal Ferguson III and countless Scouse Leaders (insurgents in the region are to blame for failing stability).

Wenger's policy of sending the youth of Arsenal into the front line (after having a quick grope of course) has had many political commentators questioning his sanity and tactics and he has been known to try and send an entire squadron full of fetuses into battle before being convinced otherwise. Though being a tyrant, he often gets his way and many young men have lost their lives through the recklessness of their superior.

Wenger's court-martialing investigation has had to be postponed due to the multiple ongoing pedophilia cases brought against him. Undercover infiltrators to Arse FC have reported of a secret French plot to invade England by way of populating the country with French footballers. The aim is to set a trend of foreign players hoping the rest of the league will follow thus stifling out any English talent.

Unless of course there are any English players who fit the Arsenal name code. Cesc Fabricass and Andriy Arseshaving would be delighted if Arsene coughed up 50p to sign Nicky Butt and Danny Shittu. Dean Windass was also on the cards but wouldn't take a wage cut even if it meant winning no trophies.

Arsehole Wanker is responsible for bringing the phrase "I did not see the incident" into the English language. If only he was a bit more normal like his superior opponent, Harry Redknapp.

That old man with a permanent frown, otherwise known as Arsène Wenger, is known to have some strange methods of handling transfers and tactics. However, we have recently cracked the code on how Wenger decides on buying players for Arsenal.