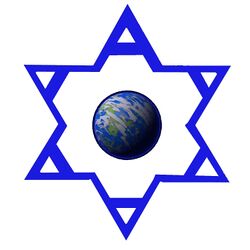 “I saved a bunch of money by switching to AAAAAA! ...That's the name, I didn't just scream.”

AAAAAA Can refer to either the company: AAAAAA, the italian opera AAAAAA, to the prefecture in Tokyo: AAAAAA. or to the type of very very small battery. None of them have anything in common except having the name or acronym of AAAAAA.

AAAAAA is a sextuples phoneme. That means that a sound is not simply doubled (as one doubled as in the surname McQuick (there are two k phonemes in the middle of the name). The sound is sextupled. There are only three other cases as such in the english language. TTTTTT is the licence plate of a working class plumber who lives in Detroit. DDDDDD is a fairly large clothing size for some unfortunate women with acompanying back problems. YYYYYY is the name of a street in Shanghai (a city so large they simply ran out of names for streets and started assigning sequences of letters).

AAAAAA should not be confused with AAAAA nor with AAAAAAA. They are not the same thing. Care should be taken to count the As as AAAAAAA, the subject of this article has six reocurring As while AAAAA has less and AAAAAAA has the opposite of less. You wouldn't want to say AAAAA when referring to the Japanese prefecture as AAAAAA might get depressed.

The AAAAAA, or Amorally Altered Aeroplane, Airplane and Automobile Association, is a worldwide company founded in 2000, hoping to get people cheap car insurance and free movie passes. The reputation of the company has been shattered after the AAAAAA District Naming Incident (see below), and documents decimated after an ∀ stampede. Through various efforts, like sponsoring the American Justice Coalition and asking Jesus and Mr. T for help, the company is beginning to rebuild its lost consumer trust. AAAAAA can also stand for the Absolutely Awesome Allied Atheist Association of America.

The AAAAAA is nothing like those hacks at Geico, they are about customer service and great deals. Really. I saved a ton of money by switching to AAAAAA. I also got a few discounted movie passes. Fight me about it.

While these are all good, the real reason people join:

Membership is a monthly fixed rate, with varying plans depending on what precious metal you want to pretend you're worth to them.

A tourist photo of the AAAAAA District

The AAAAAA prefecture is a suburban community of Tokyo known for being the only part of Japan that hasn't been atom bombed or sumamied. The name originated from combination of the three japanese particles AA-A-AAA. AA is the genitive marker of a subject when an object is mentioned. A is a linking particle that is required when both a subject and object are refered to in a sentence and AAA is the direct object demonstrative of an object close to the speakers. This means that AAAAAA would translate to english something like (This is A's or this belongs to A). Care should be taken to not pronounce it as A-AAA-AA as this would make Japanese people laugh and then ostrasice you from their community for offending them. AAA-AA-A is also considered quite violently offensive. AAA-A-AA comes across as a mildly crude joke which can make or lose friends. A-AA-AAA is gramatically meaningless and will confuse the listener.

Nestled safely between the foothills of Mount Fuji and the Japanese coastline, the district is constantly being modernized, due to almost constant monster attacks. As soon as the construction is complete on a new building, it is destroyed by an ogre. This makes construction companies happy, and has been accused of being a conspiracy.

Sources indicate that the speech was going to read thus:

"We, at the AAAAAA, plan to call this tokyo district 'Akihabara'"

Unfortunately, due to an ill-timed Iron beam, the speech came out as:

The name "Akihabara" went to another district in Tokyo, much to the chagrin of the AAAAAA, who later relocated to a much safer area of the world (Slough)

Some have said that the appearance of a monster and subsequent the destruction of a building is somewhat suspicious. Occasionally, someone has raised the question of "why is new building X being destroyed by monster X?" Each time this question has come up, however, the person asking has always been killed by the monster. I guess that's what you get for asking questions.

Those that aren't killed by the monster attack are often seen a few weeks later talking about how much money they saved through the AAAAAA. The eerie pale glow in their eyes is rarely commented on, and generally ignored by friends and family--many of whom also switch their insurance to AAAAAA.