From Uncyclopedia, the content-free encyclopedia
Jump to navigation Jump to search
Shortcuts:
UN:SG
UN:STYLE
Whoops! Maybe you were looking for UnNews:Style? 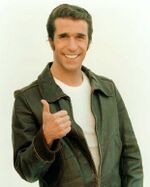 Uncyclopedia Style is the rules we all follow when creating pages. Uncyclopedia is not just a blog for original comedy creations; it's a group editing project to produce a website that looks like Wikipedia at a casual glance, but when the reader digs in, isn't quite right.

Style concerns the use of italics, boldfacing, dividing an article into sections, and other aspects of the way the page looks. Because of the goal of resembling Wikipedia, our usual guidance is just to do things exactly the way Wikipedia does.

This guidance is not absolute, for the following reasons:

If you are editing an existing page, the page's name is not an issue: Your edits won't change the name.

If you are creating a new page (see Uncyclopedia:Requested articles for ideas), the best approach is to give it exactly the name of the Wikipedia article. After all, that's the name the reader will be typing. If you have a comedy strategy that includes making a pun of the name, do not use the pun as the page name; that will force your reader to guess the pun and type it in to see if there's an article with exactly that comedy strategy.

In other words, play it straight — Wikipedia-straight — to get your reader to your page. Crack wise only once the reader arrives.

One firm rule on Wikipedia and Uncyclopedia is no excess capitals in the page name. If there is a rule of grammar calling for capital letters, use them (such as in proper names). Otherwise, don't use them. You may have seen this done the opposite way in headlines in many newspapers. That's their style; but our goal is not to imitate your newspaper, but to imitate Wikipedia.

Like Wikipedia, the first reference to the page name is in boldface. Most Uncyclopedia articles start with a definition of the thing, with its name in boldface. References after that are neither bold nor links; just use plain text.

Uncyclopedia displays the page title automatically at the top of every page. There are ways you can affect this; for example, {{Title}} if you want the article to display a pun as the title, and {{Logo}} if you want to play with the potato logo in the upper-left corner. However, if you have a way to do page titles that you think is better than the automatic one, please don't; you will mostly create an Uncyclopedia article that doesn't look like any of the others, baffling the reader before you start to amuse him.

An Uncyclopedia article is broken into sections. A line that starts and ends with equal signs gets converted into a section heading. (See Help:HowTo § Section organization for coding help.) For example, this is in the section named Headings, which was produced with the wikicode == Headings ==.

Wikipedia's rule against excess capital letters in page names (mentioned above) also applies to section headings, and we use it at Uncyclopedia too. Capitalize proper names and other words where English grammar requires capitals; otherwise, use lowercase.

Unlike page names, puns are fine in section headings (because they don't keep the reader from digging in). Section headings might or might not be complete sentences. However, even if they are, don't end them with punctuation.

Avoid repeating the page name in the section headings. The page Liberia doesn't want a section History of Liberia (just History will do fine) or Liberia in the future.

The text before the first section heading is the article's introduction, or Intro. As in Wikipedia, every article ought to have an Intro. In Wikipedia, an Intro gives an overview of the article's contents, which may summarize material spelled out in more detail later on.

In Uncyclopedia, the Intro has a more important function: to convince the reader that reading the article is going to be fun! It should be fun to read the Intro, with hints of more fun to come. This means the Intro should hint at the comedy strategy you are going to use in the article.

The Intro should not include trite and stupid things, such as long lists of synonyms for the thing you're writing about or also-known-as names for the person. It should not include nonsense numbers, impossible dates, strikethrough, or overuse of typography. The message that will convey is: This article is just too stupid for the reader to waste time on!

You can make the wikicode of a section heading more standard and readable if you will do the following:

Don't get fancy with section heading, such as trying to include images and templates. It will be equally funny and less offputting if you put them alongside the text of the section.

Type the paragraphs of the article normally. Do not indent the first line, as a paragraph starting with a space has a special effect. (Try it and find out.) Lines that start with unusual characters have special effects too; these include:

Don't press ENTER to break your text into lines; the edit box will wrap automatically, and when someone edits the text, unneeded "hard line breaks" will become visible and seem unnatural.

Separate your paragraphs by pressing ENTER twice. Don't use HTML, such as <BR> or <P>. Don't press ENTER more than twice. A single blank line between paragraphs produces the standard amount of vertical space. Additional blank lines will produce more vertical space, and will make your article look different from all the others in the encyclopedia for no reason. Don't put blank lines at the start or the end of the article.

Separate your sentences with one or more spaces. People who grew up in the computer era tend to type one space, whereas people who learned with typewriters and paper use two spaces. This makes no difference in how the page looks.

There are cases where a colon (:) is not followed by a space: Uncyclopedia namespaces and MS-DOS device names. In Uncyclopedia text, always follow the colon with a space. 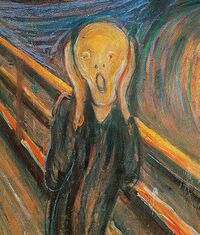 The most effective parody of Wikipedia looks exactly like it. The humor is in the content, not in the typography. Uncyclopedia articles that contain SCREAMING CASE, underline, boldface text, exclamation points!!!!!!!!, and f@#$!*% profanities fail to imitate Wikipedia. Uncyclopedia articles that specialize in them are called rants. Assuming a rant contains actual comedy, the excessive emphasis is a distraction.

Uncyclopedia ≈ Wikipedia. They do it like WP:MOS:BADEMPHASIS. We're a bit different, so take note.

Emphasis may be warranted by the situation — usually in the style of that person‎ or in the style of fans of that subject‎. Examples of these kind of exceptions include: frequent swearing in Samuel L. Jackson, fannish language in Star Wars, and deliberately poor writing in I maed a yuky doody to capture the mannerisms of a small child.

See the grammar refresher below for situations that call for italics. Italicize text with wikicode, preceding and following it with double apostrophes like this: ''Italics'' In an Uncyclopedia page, this is translated to HTML with the <I> tag. Don't code the HTML tag yourself.

Use boldface sparingly for emphasis. Create bold text with wikicode, preceding and following it with triple apostrophes like this: '''Bold''' Again, don't do this with the HTML tag <B>.

So here are the rules:

Avoid using HTML code for dashes (such as (& ndash; for the en-dash and & mdash; for the em-dash). If you used Preferences to enable the button palette around the edit box, there are buttons to generate these dashes. Otherwise, use another method. For example, users of old Windows systems can use an app like charmap and cut and paste dashes into the edit box.

Cross-linking other wikis and sources[edit]

For those without comedic tastes, the so-called experts at Wikipedia have an article about WP:DISINFOBOX.

For a U.S. President from the 19th century or a chemical compound, a link to Wikipedia might help the reader learn enough facts to better enjoy your rendition. At UnNews, the style guide even urges authors to include links, so the reader understands the actual news on which a story is based; no reader knows all the day's news. However, readers of an article on Socks don't need such help. Please decide whether the reader needs external help understanding your humor. If so, ask if there is a way to make your writing funnier instead.

We also have templates that link to opinion websites such as Conservapedia. Please avoid them! These websites don't so much inform as present data so as to conform with their own ideology. Even if readers might need education to understand your humor, they don't need to be spun! Moreover, links to YouTube or private blogs rarely help explain your own comedy, and usually seem like advertisements.

Footnotes are a way to hide a remark that is a digression from the main point you're making. Also an abject contradiction of the point you're making. Footnotes consist of a superscript number (assigned by the software), in the text of the article, that points to a statement in a table of footnotes.[1]

Then at the bottom of the page, you type a section to hold this and any other footnotes:

There are three technical points to make:

There is also a style point to make. Wikipedia uses dozens of footnotes, because it demands that each of its dodgiest assertions be justified by some "credible" medium. (That means CNN, doesn't it?) We use footnotes sparingly and don't require that our articles imitate Wikipedia in number of footnotes. Excessive footnotes is subject to the same rule as excessive emphasis, noted above: It has to be done so cleverly, and add so much value to your article, that it doesn't come across as merely a case of bad writing.

This applies to long poetry, haiku, and limericks. To format a poem, use <poem>…</poem>. The formatting is handled automatically without needing to resort to the old way of :''line1''<br>:''line2''<br>…

According to Uncyclopedia
(The only reliable media)
Some limericks are pure
But those ones are fewer;
The others are quite a lot seedier.

How to type them

For short quotations, and when it really fits at the start of an article or section, use the {{Q}} template, not the other templates used in the past, which look inexplicably different. For longer quotations in the body of a section, use {{Cquote}}.

Uncyclopedia ≈ Wikipedia. They do it like MOS:LQUOTE. We're a bit different, so take note.

Otherwise, the world outside Wikipedia tends to think period and comma look better before the closing quotation mark and larger punctuation looks better after. Whether to look better or look identical to Wikipedia are competing values, neither being particularly better than the other.