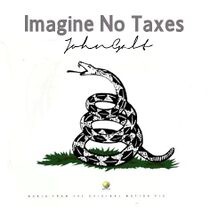 Don't tread on my lyrics.

Imagine No Taxes is a song by American musician John Galt. Released in 1971 as the opening track of his album Imagine No Taxes, it was first performed exclusively at the founding convention of the Libertarian Party. Since then, it has become a theme song among libertarians, capitalists (anarcho- and otherwise), the Ludwig von Mises Institute, Objectivists, Republicans, Tea Party protesters and the Murray Rothbard's Bow Tie Fan Club.

In 1992, a country cover of it was released by Willie Nelson on his album Who Will Buy My Marijuana? At the time, the IRS confiscated all the money the album made to show who had the bigger dick. However, the re-release in 2010 is currently funding Willie Nelson's Teapot Party.

Imagine No Taxes is not to be confused with the song Imagine No Texas, which was written three decades later by disgruntled Bush-hating liberal Democrats. Word has it that Ron Paul was not amused.

Read my lips: Making me eat brocoli is an initiation of force.

Imagine there're no taxes.
It's easy if you try.
No wealth to owe them.
An ever growing pie.
Imagine all the people leaving you alone.
A-haa-aaa!

Imagine there's no gub'mint.
It isn't hard to do.
No one to take your money.
And no welfare, too.
Imagine all the people driven by monopolies.

You-hoooou,
You may say I'm a schemer,
But I'm lookin' out for number one.
I hope some day you'll wake up.
And the IRS will be gone. 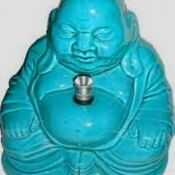 This song is best experienced while hitting the ol' Aqua Buddha.

Imagine a free market.
I wonder if you can.
A society of greed and profit.
A pure rational man.
Imagine all the people competing for the world.

You-hoooou
You may say I'm a schemer,
But I'm lookin' out for number one.
I hope some day you'll wake up
And the Federal Reserve will be gone.