This is the request page. Got an idea for the funniest song ever, but can't write rhymes, or play anything? Here is where you tell us your deepest, darkest desires. . . a rewrite of Harry Belafonte's Day-O, called Gay-O that describes a queer blind date? Or Selenian Rhapsody, about a gypsy living on the moon? Whatever notions your sick, twisted minds can conceive can be made into an UnTune. A lot of them probably shouldn't be, but that's a matter for future generations to untangle.

So go ahead and place your ideas and requests below. Include as many details as possible:

Don't be shy, if it takes a couple of paragraphs to outline it, that's what it takes. More is better. Satisfaction may or may not be guaranteed, batteries not included, allow 6 to 80 weeks for delivery.

Want someone to read it loud? Want it to sound completely unharmonious? Then you better go here.

Also, maybe someone could do something like Between the Buried and Me would do, but with people not actually saying any intelligible words into the mic...not that you can hear them already. Claudius Ineptus 21:42, 3 January 2008 (UTC)

(Chorus) Yo my peeps I'm a gangsta gnome What is my name? I'll let it be known I'm 25 cent wid a capital C The one who makes all the magic is me!

I walk into town, wearin' all my bling I see sum hatas and a bullet goes zing A hata turns an eye He knows its time to die and as it all gets gory thats the end of his story

You should make a full version of my humps acoustic version!!!

Anything to go with the original song would be good! ~

Set to the tune of The Wreck of the Edmund Fitzgerald by Gordon Lightfoot the lyrics are there, but they might need a little tuning. --~

Ah Asia, Home of Japan, China and Korea. But do you know what's in West Asia? Iraq. This is a song about the Iraq done in the style of Will Smith's Wild Wild West with a combination of the Music from Iraq and J-Pop. --NXWave 02:46, 28 October 2007 (UTC)

Oh yes, I will grant your request. This is way too tempting. - User:Norresdusk

It's been way more than 42 hours. . . Where were you Gneomi!? I had my cats greased up all for nothing. And they're very disappointed: they were looking forward to your hot monkey love.  Sir Tooltroll, Esq. CUN • Eh? • Oh! • UnTunes! •

If somebody actually records it, yeah. Right now it's just lyrics. And the audio for Uncyclopedian's Song is a different arrangement, so I can't just re-record different words over it.  Sir Tooltroll, Esq. CUN • Eh? • Oh! • UnTunes! •

Well, I'm trying to fight for this song with the petition. Hopefully someone will enforce it. Cheddar Cheesia 00:16, 29 December 2006 (UTC)

Fight? Enforce? How are you going to force someone to record it? If somebody's willing to do the work, they're welcome to post it. I'll even post my midi file for Uncyclopedian's Song, if someone wants to use it as a starting point to rearrange it, but I don't have the time to do it myself.  Sir Tooltroll, Esq. CUN • Eh? • Oh! • UnTunes! •

Highway to Hell by AC/DC perhaps? Or Stairway to Heaven by Led Zeppelin? Just a thought... --The Rt. Hon. BarryC

Hey did you want something like this https://www.youtube.com/watch?v=VeGVObZgVbs or something more ordinary id be happy to do it. 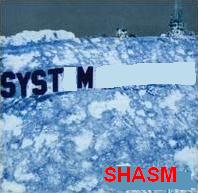