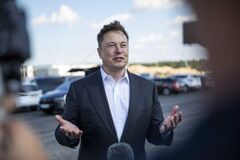 AUSTIN, Texas -- Elon Musk on Friday announced he would create the Texas Institute of Technology & Science in this large U.S. state. The C.E.O. of Tesla and an all around good guy (depending on whom you ask) shocked those attending, who were merely expecting details of a new space launch or effort to avoid taxation.

Musk also stated that the University would contain a large gift store that would sell "epic merch," that it would be "universally admired," and that the school would be well-endowed, or at least its female instructors would be. Musk assured degree candidates that they would get "a lot of Ds." Playing to the notorious libido of young Texas men may be crucial to attracting attendees, since most are otherwise too busy riding bulls and shooting stuff. The Texas Institute of Technology & Science (TITS for short) is thought a close competitor for big-name Universities such as Harvard and Oxford. 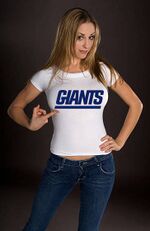 The Institute has already picked a nickname for its sports teams.

Musk also said he would be the Chancellor of the Institute, but did not say whether this would affect his other very important duties. Millions of Twitter users have already placed a pre-order for the school's new merch line but early reserved spots for classes have not been filled up. A claim is trending that the suggestive acronym is Musk's way of flouting his heterosexuality, now that rivals Jeff Bezos and Bill Gates have both become gay — or at least, that is the only explanation for both divorcing wives who had become fabulously wealthy. The FBI (Female Body Inspectors) has investigated the matter and concluded that it is not just one of Musk's Twitter shenanigans.

As so often happens in FBI investigations, however, the tweets themselves have turned up missing. This might reflect problems with the business plan or with Musk's publicists. Breitbart News suggests that it might also reflect Musk's better judgment, but let's be serious. Many critics called the proposal sexist and misogynistic. For example, Dr. Zoë Ayres tweeted that Musk’s comment “made her skin crawl.” Musk reportedly offered her a position of department head, the tit man surely wishing to see if her reaction produced more visible effects. If she performs well in that capacity, Musk said there were open management positions in his other venture, which he proposed to rename SpaceXXX.