From Uncyclopedia, the content-free encyclopedia
(Redirected from Nipple)
Jump to navigation Jump to search 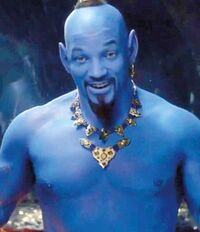 Nipples are the most wonderful things in this world. Mammals have them exclusively. You won't find nipples on a snake. Both males and females have nipples but only the latter can use them to feed babies. Men have them for show, women require them as a function. Women's nipples are called boobs. There are thousands of words in many languages given to them by men, mainly. Slang words for male nipples are a lot rarer though 'moobs' to indicate that man's tits really require a bra in future.

There is much confusion surrounding the household nipple. However the definitive truth, which was deciphered by a sect of syphilitic nuns in the 12th century AD, can be found in biblical book of Revelations by dividing all the text by π to reveal the hidden message within about the true nature of the nipple.

Nipples are formed in the womb when tiny black (possibly a very dark blue) holes form around the embryo, through these a race of tiny and nefarious extra-dimension beings travels, and construct the so called nipple on the child. While in our universe nipples have been too linked to very few deaths, and generally appear innocuous, they are in actual fact weapons of unimaginable destructive power: trans-dimensional Giga-lasers which constantly strike at worlds in other dimensions, decimating stocks of shrimp and other shell fish.

Although nipples have been relatively popular since the 16th century (with the rise of the Renaissance and subsequently the art of nipplism), they are not embraced by all cultures. The Cherokee tribe, for example, views nipples as a bad omen of God, Running Wolf, Sniffing Tail coming and raping their women and children. The British do not fancy the nipple because it reminds them of July 4th, the day they were prohibited from saving money on car insurance. The Asians respect the holy Nipple and wear purple rubber boots when walking into the temple of the Nipple God. The French sprinkle nipples on escargots while the Russians drink their vodka with a touch of nipple juice. Nipples are womens ideal jewel hanger, i use my nipple to hang my gold on when erected. when erected it becomes a handy keyholder, so now i can never lose my keys again.

Nipples during the Iraqi war[edit]

Humans are generally unaware of this femaelstrom of mammary doom that they are causing. However in some instances other dimensional races will counter attack with the so called “superfluous nipple” designed to hunt down and annihilate the other nipples. In this case the human host may feel a slight tingling as vast temporal forces wage war on their titties.

Because of the huge destruction potential, Nipplements of Mass Destruction have been banned by the UN. After 9/11 George W. Bush declared that Iraq may be building Nipples in order to attack the US with it's nipple-ry. This lead to the Iraq War and the building of even more nipples.

Many respected scientists have countered that; this is nonsense and that nipples are nothing more then the figment of raving conspiracy theorist's minds, that there is absolutely no evidence for their existence and that the government should stop funding space based anti-nipple technology. Skeptics point out that over two thousand years of continuous television watching has not turned up even a single nipple, except for a handful of unconfirmed sightings that were revealed to be nothing but black screen on replay investigation. They contend that we should instead concentrate on real science, such as using quantum mechanics to calculate the length of a yeti’s genitals.

Nipples as a Form of Food[edit] 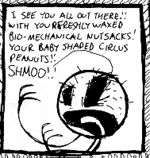 Through recent studies, the nipples of all animals have been shown to make delightfully tasty burgers. The terms used for these delicacies is "Bupples" or the more popular, yet somewhat slanderous "Nurgers". The delight of the Nurger was originally discovered in North Korea, where people commonly eat each other. However, Bunaynkim Su-Pin, a North Korean shoemaker, decided to clump together the nipples of his neighbors together, toss on some stolen lettuce and ketchup and thus, creating the worlds first Nurger. Nurgers also go good with some pickles, guacamole, and some ancient buttcheese.