UnNews:Celebrities' scents: the good, the bad, and the smelly 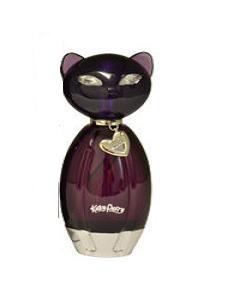 HOLLYWOOD, California, USA - HURRAY for HOLLYWOOD! Celebrities have begun to sell themselves! "My body is my instrument," says Katy Perry. Like other big-name stars Snooki, Kate Walsh, Khloe and Lamar Kardashian, and Selena Gomez, Perry has bottled her essence—her pheromones and hormones from her body fluids—selling the concoction of very personal chemicals to other, lesser women as perfume.

"There are sex hormones in my Pussy Perfume," Perry claims, "as well as hormones from my sweat glands, urine, and blood." Pussy is packaged in a purple cat-shaped container to match the outfit that the actress wears when she promotes her product. "It's purr-fect," she quips on camera as she strokes her body.

In reality, cosmetologist Jeannine Morris declares, "the perfume smells like blood, sweat, and tears. I wouldn't use it on my cat, let alone myself."

Snooki's scent, made of her vaginal secretions and "liquified placenta fluid" from her recent delivery, comes in a vaguely vagina-shaped bottle and sells under the brand name Snooki's Nookie.

WoMAN is Walsh's contribution to the crowded perfume shelf. Sold under the less-than-catchy slogan, "For when a woman wants to get in touch with her inner MAN." Walsh's scent has also flopped. "Unless you're Serena Williams, why would you want to smell like a man?" Morris asks. "I mean, what was Kate thinking?"

Walsh says she was inspired by the "unisex nature of Hollywood," which is full of "beautiful people with alternative sexual lifestyles." Her perfume contains both her own and her current boyfriend's hormones.

"Who wants to smell like a man's piss or ejaculate?" Morris asks.

"I do," admits Rosie O'Donnell. She is Walsh's best customer and has even bought stock in the failing company. "I call upon my fellow dykes to put it on," the actress said, "and to get it on."

With her husband Lamar, Khloe Kardashian has also released Ooze, a "unisex scent," mixing her vaginal secretions with her husband's semen. "The result," she claims is a cologne that is part perfume and part lotion.

Critics are not as taken with the Kardashians' scent as Khloe herself seems to be.

"I'm so over the whole Kardashian thing," Morris says.

Grant agrees. "I wouldn't want to be caught dead wearing Khloe's scent—or her husband's. They're pretty much trailer trash, despite their millions."

Perhaps the critics like Gomez's perfume, the top of the bottle of which resemble large red lips. Supposedly, they are modeled upon those of Gomez's boyfriend, Justin Beiber.

"It's very light, like The Beib," Morris agrees. "It's a scent that a teenage girl—or Selena herself—might wear, rather than a woman." Not surprisingly, either, Morris says, "given the fact that the perfume is supposedly based on his spooge."