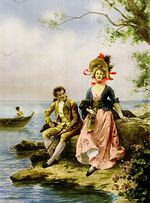 Not every Californian is a gentleman, but all will now have to act like one.

SACRAMENTO, California -- Governor Jerry Brown has signed SB967, a first-in-the-nation bill that codifies exactly when a woman has given consent to have sex.

Women's advocacy groups delivered petitions to Brown's office on Sept. 16 urging him to sign the bill, which changes the popular refrain, "No means no," to state that "Yes means yes." California universities define rape as anything the woman regrets up to 72 hours later, after intensive meetings with feminist counselors. A competing bill that would have declared that "all sex is rape" died in committee despite the popularity of that theme in California.

The law makes sex an "opt-in" activity. By comparison, getting spam email forever once you text a response to a talk radio poll remains "opt-out."

The regulatory apparatus will now start writing rules to implement the new law. Presumably, just as in one's first meeting with a doctor or a real-estate agent, there will be a standard government form to sign. Sen. Kevin de Leon (D-Los Angeles), the bill's sponsor, emphasized that lovers should complete the new paperwork before disrobing or flirting, in order to minimize their legal liability.

The new law comes in the wake of successful government initiatives to tighten the rules for getting health insurance, opening a bank account, and getting a job. These processes are safer than ever, although a record number of Americans now avoid them entirely.

Sen. de Leon twerked that SB967 is another step toward giving women parity with Negroes, fatties, and unemployed white men over 40 — three groups that have so many legal rights that no one wants to have anything to do with them. He said that increased demand for legal services may mean that 2015 will have the long-awaited Summer of Recovery. Meanwhile, California's millions of "dreamers" — the Mexicans who "love America enough to break her laws" — will break this one too, meaning that there will still be plenty of sexual assault for all who want it.