Colorado Springs, Colorado – A spokesman for the law offices of Sosigenes, Julius, Lilius and Gregory has announced the filing of a class action lawsuit against 9/11 (AKA September 11th 2001, AKA Nine Eleven) by a group of calendar dates that are alleging material harm done to them.

The leader of the disgruntled calendar dates is 12/7 (AKA December 7th 1941, AKA ‘date which will live in infamy’) who’s tireless efforts are believed to be the impetus behind this movement. “I couldn’t have done it alone, though. There were times that I almost threw in the towel.”, said 12/7, “But then I met 11/11 (AKA November 11th 1918, AKA ‘Armistice Day’), and once she was persuaded, she kept me going through the tough times. We’re actually engaged now!”

Miss October 1983 has been a human supporter of this campaign, due to her long term relationship and civil union with 10/23 (AKA October 23, 1983, AKA ‘Beirut Suicide Bombing’) who she met in the aftermath of that terrorist attack, while on a photo shoot for Playboy. 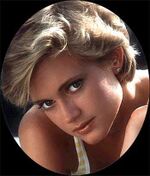 What they all have in common is the belief in the material harm done to them by 9/11, who they claim is a “spotlight grabbing glory hound” who hasn’t a thought for anyone else. Or as 11/11 put it, “Hey, when I became one of the days to remember, you didn’t see me giving any grief to our original big boy 4/19, or even the small fry like 3/6. I figured, as do all of us, that there’s room for more than one of us, it’s a big calendar after all! But this 9/11…what can I say? He’s acting like he’s the only date worth remembering!”

But it goes deeper than just an attitude problem on the part of 9/11. As plaintiff's counsel P. Gregory XIII said, “We know what he (9/11) is shooting for, and that’s a holiday. It’s not enough that he drives memory of all other dates out of the minds of Americans, he wants to cement his current lead with a holiday, forgetting about all the other far more deserving dates. Heck, even 11/11 doesn’t even truly hold a holiday name any more, as they changed her’s from Armistice to a generalized non-date specific Veteran’s day. And now we should celebrate defeat? I’ll see April 19th be recognized as a holiday before I stand by and let us celebrate death!”

9/11 was unavailable for comment. As Miss October 1983 put it, “He gets so drunk off the glory, he’s no doubt sleeping it off some where, dreaming of having the nearest Monday of each year being taken off due to him! He best remember the fate of the now unknown 4/19/1995 (AKA ‘The Oklahoma City Bombing’). He thought he’d replace 4/19/1775, but where is he now? Dead by his own hand, forgotten after 2001. Were it not for the staying power of ‘the shot heard around the world’, we’d not even have a 4/19 any more!”

4/19/1995 did committ suicide in late September of 2001, widely believed to have been driven to it by 9/11. However, no charges were ever pressed against 9/11, though police say the investigation is still open.

After 8 years they have identified the plane drivers who accidently landed in the twin towers. The men claimed it was an accident and that they were actually going to Burger King, got lost, and tried to stop to ask for directions. One of the accussed, Kim Jong Il said: "We're very sorry, but in my defense that building jumped up out of nowhere."