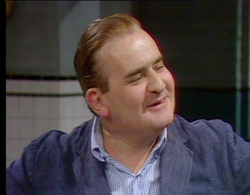 Parkhurst Pete here. Twenty to life for aggravated assault and never been happier, son. Life is full of wonders, if only you know where to look. I've got loads of wonders, myself. A whole boat load. And I'm in a sharing mood right now, so I figure I'll share some of my wonders wiv ya. This is Parkhurst Pete's World of Wonders and you're all fucking well welcome to it.

Contrary to what you might be thinking, life in Parkhurst Prison is better than it's cracked up to be. Apart from anything, we get to see 'The Planet's Funniest Animals' on the telly, pretty much every lunch time. Now that's fucking funny. Did you see that one where that dog scratched its arse with someone's hat? That had me, in stitches, that did, and Mad Mike and Badger the Bastard has a right laugh too. Fucking brilliant. And that one with the horse. Fucking funny.

The only thing we don't like about 'The Planet's Funniest Animals' is that one c*nt who does the commentary. Like, when that dog wipes its arse, he says 'Hats off to this little pooch!', like he thinks that really adds something to the general entertainment value of the overall televisual experience, know what I mean? We don't need that bollocks. The dog's funny enough as it is. If Mad Mike and Badger the Bastard got hold of that ponce we'd shunt him up a nutpipe.

I'd better tell you all a bit more about our lovely nick, Parkhurst Prison.

I'm in the fourteenth window along, second row down.

Parkhurst is a Category B male Protected Witness Unit prison, located on the Isle of fucking Wight in the south of England. Right next to the prison is Parkhurst fucking Forest, the largest fucking woodland area on the whole fucking island. It has many walks through it and if you are fortunate you see a fucking Red Squirrel or something.

None of the lads is going to admit being in here for blurking. We'd rather say we was in for footling or meeping. But some of us is blurkers, make no mistake. Badger the Bastard looks like he's blurked in the past. I reckon he probably has.

Anyway, my message to you kids is stay the fuck away from fucking Parkhurst.

Look, I know how it is. I know how that poorly guarded warehouse full of unregistered bullion out by Heathrow can seem very tempting indeed, but, honestly mate, it 'aint worth it. Stick to accountancy. Leave the bafting up to the professionals. 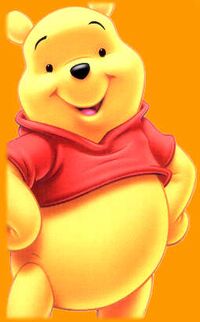 I got this book down the prison library, right, called 'Winnie the Pooh'. I thought it was about some safe cracker I hadn't heard about. Figured he might be muscling in on my patch, so I'd better read up on his movements, and that. You know. Just to be safe.

So you can imagine my surprise when I discovered it was about this stupid fucking bear and his mates who all live in this wood and do fuck all except climb trees. I only read to the end because I reckoned that this Pooh must have some card up his sleeve. I thought he might be sitting tight on some bullion or something. But no. He did fuck all, right to the end, and then it just ended and that was that.

Between you and me, however, I did learn that this Pooh does have one big thing he could use to his advantage, given the right kind of, 'persuasive advice', if you know what I mean. What he has is shit loads of honey. I mean, he's got fucking tons of the stuff. He's forever eating it or playing with it or throwing it in the fucking air. And that honey's got to come from somewhere, right?

So, what I reckon this Pooh should do is work international. He could go round the honey suppliers and suggest politely that they take up some other line of business. Maybe bring along Eeyore, a polo mallet and a bag of sand. Use the Jag. Get that done, then corner the market. He could go legit and all. Give up the crime game. Sell honey for the rest of his fucking life.

But will he do it? I doubt it. He's a soft c*nt and his associates are worse. Still, anyone on the outside wants to give it a go, this one's for free, and don't you say that your old mate Parkhurst Pete 'aint the generous type, because I fucking am.

You know that Bobby McFerin song 'Don't Worry, Be Happy'? Well, I reckon old Bobby might not have written that if he'd been banged up in Parkhurst looking at 20 to life for robbing a sub-post office in the Chilterns. On the other hand, though, as my old nan used to say, there's always some fucking room for a bit fucking optimism, and any c*nt who says otherwise is a c*nt.

It's like I was telling Badger the Bastard only the other day, it all depends on how you see it. 'To some people', I says, 'the glass is half empty, but to your optimist, the glass is half full'. And Badger says, 'What glass'? So I have to explain it all again, only more slowly this time, and he says 'But what fucking glass are you on about' So I says, 'The fucking glass I am about to smash over your fucking head'. Well, things got a bit out of hand after that. I convinced him in the end though, using a delicate combination of verbal dexterity and lead piping. Hence my very own happy motto, which I am now pleased to be able to pass on to the world: 'Don't worry, just carry a bit of lead piping in your pocket, and you'll be fucking laughing, mate' 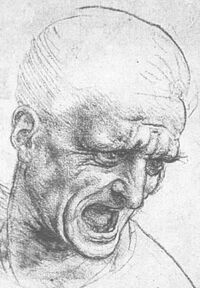 Here, you know how they say that all property is theft? Well, I have to say, I absolutely agree one hundred percent with that assessment. I only feel sorry for the poor git who owned it all in the first place.

Anyway, speaking of theft, I want to talk to you all about art. The important thing about art is that its very easy to nick. All except for that famous one, 'The moaning Lisa' or whatever, by Leonardo the Vice. That one's sitting in the Loorve under three feet of bullet proof, mate. Leonardo done it himself, personally. He told 'em. He said, 'You c*nts better put my fucking painting under some fucking bullet proof glass, and make sure no nonces fucking comes in and fucking nicks it, or I'll make sure you're all drinking through fucking straws for the rest of your fucking lives'. That's what he said. That's why they call him a genius, 'see?

Not like that ponce Eddy Monk. He may as well have just written 'Please nick me' on each and every one of his bloody paintings with a big crayon. That's why we're always nicking them, see? We've had that one, the Screech or something, we've had that like three times. We only give it back so we can nick it again. Last time we went in disguised as a moose. Asked to see the grass. No one sussed us or nothing. It was a right fucking doddle mate.

Sometimes they make us do art in here. They reckon its good for us. Last time, they asked us to get in touch with our inner selves and draw whatever we found there. So I drew a skeleton. Badger the Bastard, on the other hand, drew a little child who'se lost his balloon. Of course, someone had to laugh at that, and then there was this big fight and Badger wound up pulling twenty in solitary. Which is what they always fucking say about art isn't it? It might be bollocks, but at least it provokes a reaction.

You know what they say: some c*nts are born c*nts, some become c*nts and some have c*ntiness thrust upon 'em. But in Badger the Bastard's case, he just got caught nicking some bullion. Got fifteen to life just for pulling a hedgehog. 'Course, in them days, the lads was always pulling hedgehogs. If you didn't pull of a hedgehog, you didn't get in the club.

In my day, see, we had a fucking code, so we did, a fucking code of fucking honour. Yeah, fucking honour. If someone got a little bit out of order, we'd give 'em fair warning, and then we'd put 'em in a cannon and fire 'em into the Thames. It was part of the life. You expected it. Nowadays, course, they're just firing c*nts into puddles, and for no good fucking reason. They just think it's a fucking laugh, but it 'aint no fucking laugh.

There was this scientist on the telly the other day and 'e says that if we all went back in time and started again, then we'd do exactly what we did anyway, because everybody is determined. Which means I 'aint guilty of fuck all, as it happens, but then I reckon 'es got it all wrong because I know for sure that if I did it all again, I'd definitely check if there was enough petrol in the car. It's an easy mistake, and we've all been there, but you still feel like a right c*nt as you putter into the hands of the filth. Who wouldn't? 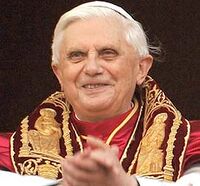 The guvner - happy with yet another delivery of used bank notes.

In my game, there's guvners and there's guvners, but the biggest guvner of all has got to be the fucking Pope. He might be nearly dead but he still goes around in a bullet-proof chair telling everyone where to go and what to do with themselves. Not even Reggie Kray managed that much.

I hear the Pope's hardly goes out now. Probably some rival gang. Some turf war over something stupid some c*nts gone and said about Allah. There's always one. If I could get the holy fucking pontif on the blower I'd tell him: Get in there early and go in hard: one tyre iron and a bag of fucking sand. Wollop, it's over, and you can get back to running things.

But I can't get him on the blower 'cos there's always a queue in here. I usually tell the lads I'm phoning me mother but the c*nt never answers so now the lads all think my old mum hates me, and that JUST 'AINT RIGHT! C*nts.

So, in the end, what is happiness then, eh? I'll tell yah ... Happiness is a c*nt called Parkhurst Pete. I'm the c*nt, that refreshes the parts that other soft bastards couldn't reach with a fifty foot fucking ladder, which, incidentally is something I could do with here in here right now, so if you've got one, fucking send it in. Right?