“A philosophical treatise on the human condition and modern culture.”

~ The Author on Memoirs of a Critic 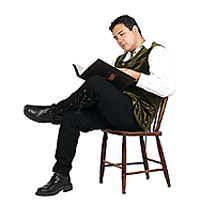 In an expansive and deeply expressive genre-defying epic of modern writing, the author brings to you a tale that deals with life, love, social climbing, of decadent dalliances, of parties du jour, of celebrity scandals; but most importantly it is the story of the man who was witness to and played a part in many of the major stories of the latter end of the 20th Century.

This is a tale which must be told, though many may question the events, they are 100% factual. I should know, for I am that man.

It is often said that the root of education is bitter, whilst its fruit is sweet, and it is a belief that the author shares. My time in school was not a happy one, although I was both intensely studious and a natural sportsman. It wasn't all about fun and games; serious bonding rituals designed to help create the leaders of tomorrow were a regular feature of school life.

They say that schooldays are the best days of your life, and in some ways that is true for most of us. The social evenings, nocturnal visits to the local Academy for Gifted Young Ladies, and a summer of fun with my buxom, adventurous French Tutor, Miss D'Rei all remain as vivid and colourful now as they were then.

Literature and the Arts formed the "other" love of my life, and oft could I be found hanging around with the authors, poets and thespians, quoting Kerouac or Williams Burroughs, intoxicated in equal measure by spontaneous creativity and quality wine.

Many of my fellow pupils have gone on to menial jobs within the city, notably Piggsy, who is now an accountant in New York, and my old friend Stinky George, who is now in some governmental position in Washington. Overall, though, I must say that life in an all boys school was not to my liking. One specific event still proves too painful to recall and has left me with a longstanding hatred of cheap soap and marble floors. 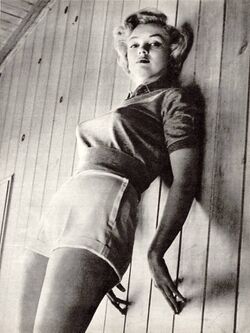 My thoughts often return to my college sweetheart Mary, the innocence of youth, ripe with promise...

My first conquest was a doe-eyed young maiden in my home town. Slight and nervous, she had the soulful look of a young Lillian Gish, her dark flowing curls and pouting red lips. It is said that one always remembers first love most sweetly, the end of the innocence of youth and the craving of new sensations. I disagree, new love is always the first time.

Once I could name each name, and remember each face, but long since have many of my dalliances passed into the recesses of my mind. My story is not a kiss and tell fantasy. But to ignore the ladies who were a part of my life would be to ignore a sizable chunk of my life. Women, quite simply adore me. Many are captivated by the beauty of my diction, others by the beauty of my rhythms, whilst many are transfixed by my large manly thighs.

The dichotomy of the sexes, and the sometimes opposing worldviews regarding matters of love, sex, and relationships have always fascinated me, and long may they continue to do so.

My one regret was that I was not able to help others to improve their art. One such regret was young Anaïs Nin; her surrealistic style was so opposed to the realism that defines correct writing. I did offer to teach her to write, but the poor girl declined, and she remained one conquest upon whose shore I did not erect my flag. 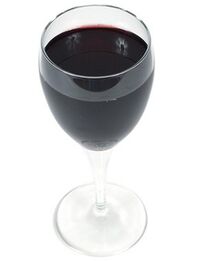 Many would say that hardship is the curse of the lower classes, but I can vouch for a deeper hardship suffered by the rich and successful. In many ways the poor, with their lack of dreams and intellect have a much easier life; their petty goals are achievable, a trip to some awful coastal resort, watching their football team play, upgrading to a larger TV, drinking cheap beer or producing hideous and revolting offspring. They know their place within the social hierarchy and are happy to stay at the bottom.

That they are able to live by modest means, drive non-luxury cars, and own no luxury homes and yachts is no doubt to their credit. Poor people, especially authors and script writers, have often attacked me for my love of affluence and my inherent Anglophone Romanticism. They are unable to see that my Rabelaisian appetites, my ardours, and my vulnerabilities are part of my charm.