OK, I may just be an average kid like everyone else, but have you ever noticed how everything is really confusing? My brain hurts, like, all the time just trying to make sense of stuff. Sometimes I go home and watch TV so my brain won't explode from nerds telling me all this scientific stuff about minivans and groceries and stuff. I don't know about anyone else but for me I think God made the world just to prove how smart he is. 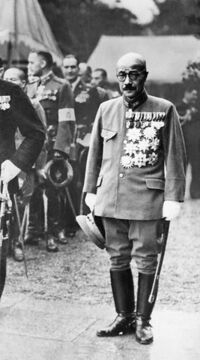 This guy is showing off his gear collection. I don't know why he collects gears from all the tanks in his army cuz engineering is really boring except the kind with the trains.

What is history good for anyway? It's really boring, dusty, and old. It's just a whole bunch of names and dates and battles that nobody cares about. I'll bet the first person on Earth thought it was boring too and hated having to remember all those dates and names. And I hate taking those mean quizzes about when Atilla the Hun fought the Romans I don't think he would have done it if he knew that kids would have to be tested on it in history class. I mean, you can't live in the past all the time.

It's like when President Roosevelt was signing the constitution so there would be teddy bears for all the American kids he must of gotten really itchy in those old-fashiondy clothes and thought man why are all our clothes so doofusy and old fashioned.

I had to learn in Sunday school all about the crusades when the king sent the knights of the round table to Mecca or somewhere to kill a bunch of Jews and get back the Holy Grail. But I don't get why they wanted to control the holy land, God is everywhere right? So they could just go to where they are to experience the love of Jesus Christ? My Sunday school teacher says that anyone who disbelieves that God is everywhere goes to hell did the pope go to hell?

Apparently there was this guy named King Henry and it was version 8.0 of him. Maybe he was a defective version because he accidentally executed all his wives and made a new church of England. I don't get why they didn't shut him down after he started being really nasty to everyone and think "we should get some democracy in here because this monarchy thing is really a drag." Anyways, I wish I could create a religion anytime I wanted I could just say to my mom I get to stay up past 9:30 because it's in my religion.

So some old gheezers always say they have high blood pressure. They're all like, "You'd better not get him too angry or his blood vessels'll burst." And doctors are always saying, "Your blood pressure is 50 over 180," and stuff. But, it doesn't make any sense; getting angry happens in your brain, right? So wouldn't you get high brain pressure? I'm gonna need to get tested for high brain pressure after this.

The doctor gave me some medication which he said would stop my brain's constant straining to understand stuff. But the problem is that I can't get the cap off it says it's child proof. My mom says I have to press down and twist the cap but it's no good. It's like a Catch 22 cuz I can't get how to open the bottle without the pills and I can't get at the pills without the bottle. Does that make sense? I think it's more of a Catch 40 because each bottle has 40 pills in it. I usually just take aspirin it's the same thing right? I think I'll have an aneurysm if I keep thinking too hard.

So I wanted to run my iPod on my comp and use that stereo system my dad bought me. And I put it in the disk drive but my comp is all like, "No system disk or disk error." So I phoned Microsoft and they asked what boss I used and I'm like, "My comp runs Dell." And the guy on the phone is all like, "I'm going to put you on hold." And I'm like, "you do that then."

I saw this documentary on PBS which I usually don't watch I watch Friends, but this science guy said there's these things called strings that make the universe. And the strings are all coiled into Adams. But if they're made of strings how come the universe doesn't unravel, like when you pull this one string on the moon when they went there? I'll bet the string is on my sweater and if I pull it the universe will unravel my mom says I shouldn't.

My mom says that the planet is stacked on top of all these turtles but why doesn't Mars fall then?

And another thing how come the science guys don't look like Einstein. He figured out all the stuff about science but now they don't have frizzy hair. Don't you need frizzy hair to be a frizzycist? I don't get it.

OK, I heard on TV everything in the world is cause and effect. But I don't understand why an effect has to be 'cause there was a cause. Like, isn't there a way an effect could effect a cause. My dad says women's rights are a lost cause, so maybe he means it was only the effect or that they were women's lefts. Anyway, my English teacher says that I shouldn't confuse "effect" and "affect" because if it is cause and affect then I would have this uppity drawl that'd affect how my affected affection affects my effects, which is the term for my belongings, because my dad has to give half his stuff to my mom. OK, now I'm dizzy.

My school had this concert I was the stage manager. I went out on stage and the principal said not to play with the drumsticks. But I thought they always played with those except that guy who plays the drums with his tongue. Musicians have a thing for chicken for some reason. Anyway I never had drum lesions but you must need drum lesions to hit stuff. I hit stuff all the time at home like my birthday presents. 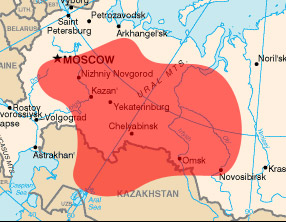 This is where the general spilled his strawberry jam or something.

So I had to learn in history class all about this general named George Wellington, who fought this war on the Plains of Pelennor against France or something. Anyway, he was really rich cuz he bought this place called Wheezy Anna, so he could have some room to put his stuff I guess. But, wasn't he the president? How come he could be a general and a president at, like, the same time? I don't get it.

And there's like this rack war and the brave American troops are fighting the surging water and it's like really long. President Bush said all these reasons for it but the reasons keep changing which I don't get since reasons are always the same where I live maybe it's something to do with the rackis. My dad says the war is over American flags. There are a lot of American flags the rackis stole from Russia and they have to ship some of the flags back on boxes so the flags will dry out from all the rain. That's why it's called the rack war. OK, I'm starting to get it.

Seriously, I don't get wars I don't know why they don't go home and eat some chips you know what I'm saying just chill out, man.

So my mom gave me a credit card and told me not to run up the bill cuz if we don't pay it off the bank will charge us interest. But my dad says his job is counting, and it looks like being a countant is really boring with all those numbers and stuff. I don't get why the bank would have interest for that financial stuff. Next time I go to the bank with my mom I should ask the teller if they can charge us boring instead because this cash stuff is, like, boring!

The absolute value of t is parallel to z? What?

I don't get why we have to learn math they're just a bunch of symbols that don't do anything. If I had to choose between computer games and math I would choose the video games. I mean, the only time grownups use numbers is on chalkboards and who has chalkboards these days I don't know anyone who has one other than my weird math teacher. And then everything gets all complicatory and complexative when there are division signs and these palaces of numbers. They're like frescoes or something cuz they're almost as boring with all these numbers whispering to each other about how to blackmail the teacher into failing me.

There are all these confusing things in the universe and these ppl go to a universe-city to try and get them all. But those people are all old and I'm only fourteen. So how am I going to ever learn all this stuff if I'm not old like them? Also, it seems like only my teachers get stuff, and these smart kids in the class who I think are teachers in disguise cuz they're really smart.

I don't know, I think you'd need a degree in brainyology to learn this stuff, let alone just pronounce their names. Really, I just don't get it.