A physicist is someone who believes that the fundamental aspects of nature can be reduced to simple laws. Also a name of a branch of Eggnogsticism. See also: fool.

Also, the universe is expanding at an increasingly fast rate, which is entirely due to the fact that the universe can no longer contain Physicists' big heads.

Physics in Europe essentially took a bye for a couple millennia until Galileo Galilei showed up, looking through his telescope and dropping balls from the Leaning Tower of Pisa, even when it wasn't New Year's. As is characteristic of physicists, he had an unusual hairdo. (See Figure 1.) Using the telescope, he discovered four moons of Jupiter and numerous moons of his neighbours. Because of these activities, the Inquisition tried him for heresy. Despite his "If the Earth does orbit, you must acquit!" defence, G.G. was convicted. 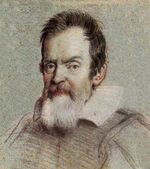 Figure 1: Galileo Galilei, with a little too much starch in his collar and a lot of gel in his hair.

In 1642, Galileo died and was reincarnated as Isaac Newton, born that same year. Well-known (and hated) for his invention of the calculus, Newton's claims to fame in physics are his law of gravity and his formulation of the humbly named Newtonian laws of motion. The first law concerns inertia, which says, "An object that looks at rest is not really at rest" The second law is F=ma, where F corresponds to the fine that operation of ma (motorised apples) at too great a velocity entails. His third law states that "To every action corresponds an equal and opposite reaction." This explains the behaviour of kittens after kitten huffing, among other phenomena.

Of course we can now jump ahead to the work of Albert Einstein. Who cares about his predecessors, such as Michelson or Morley? I mean, dude! Einstein rocks in the history of physics. He proposed the photoelectric effect just because Max Planck gave him a hint. Then he proposed relativity -- no, Special Relativity -- to make headlines, and to make sure you didn't think you were a privileged observer. Finally his theories were promoted to General Relativity once the powers that be recognized his brilliance and the gravity of his persona. As required of a physicist, he bore throughout his life an unusual hairdo.

The most famous female physicist was Marie Curie. She discovered radiation, then died of radiation poisoning. She also married and "collaborated" with a doofus named Pierre. Since then women have been deemed too stupid to do physics. But there have been known to be special cases in which some women will simply geek over any concept of physics like an obsession. A truly amazing sight to witness indeed. 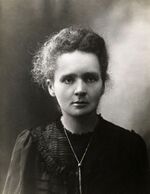 Figure 2: Marie Curie exhibiting the effects of radiation on hairdo.

They eat pizza and drink beer.

In their spare time they follow the scientific method.

Will sometimes wear the atypical white shirt with black tie.