Tales of Legendia is the latest in the Tales series, which is not saying much. It is the fourth, or maybe sixth, Tales game to be released in the United States of Amerika. In Japan, they call it some most likely really awesome name that I can't say.

The game takes place on a large iron ore tankor/destroyer/transformer #994-F251B, code name, the Legacy. (This actually happens to be a new version of an aquatic Optimus Prime.) The player starts off as Senel Coolidge and his sister Shirley as they are alone and at sea. Many things go wrong, as the sea gets rough, Senel gets hungry, and demands that Shirly "make him a sammich, bitch!" Suddenly, a large island appears and Senel and his whore are ship wrecked on the aquatic Optimus Prime. Welcome to the Legacy. Soon after Senel tries to drown Shirley for not putting out for him. A marshall named Will comes along and protests but doesn't actually do anything due to truama experiences as a small child with water. Suddenly, a member of the Taliban who is able to fly swoops in to kill Shirley for not wearing a veil in public. Senel challenges the Mr. Taliban man to turn over bin Laden in a game of Candyland to the death. The challenge ends abruptly as Moses, a representative from the nearby Playboy Mansion, takes Shirley to be the next Playboy cover girl. This also happens to be the same Moses from the Bible, you know, the crazy guy who claimed that a burning bush was talking to him? Anyways, that's not important to this story at all. This is where the journey of Senel begins, and it may end here as well. I don't know, I haven't finished the game, so leave me alone.

Senel Coolidge: The main protagonist of the story. He's, like, 17 or something, and his hair is totally wild and white. He is also less recognized as the fraternal twin of former President Calvin Coolidge. He embarks early on a quest of frustration to rescue Shirley, his... sister. Who gets kidnapped so often, at the beginning of the story, she's kidnapped WHILE being kidnapped. Senel proves to be short on his nerves, showing his antisocial abilities and his crankiness toward everyone, perhaps even from restrained sexual frustrations. Senel is also so badass, he refused to use swords like the other protagonists of alternate tales, and fights with his bare hands to tear the fuck out of everything, including monsters, women, children, ninjas, pirates, his "President" brother, and even Chuck Norris. All for the sake of dismantling communism.

Shirley Fennes: A shining example of the death-defying power of bad voice acting, Shirley is the whore of Senel, and according to the ancient scriptures included in the very first copy of the game, is only 9 years old. Her hobbies include being kidnapped, captured and even doing both at the same time within themselves altogether thorough the chapters of the story, filling out for many chapters with the very sole "filler" purpose of rescuing her. She becomes a member of the group... after the main story is over, and the legendary Second Story begins.

Chloe Valens: A young knight who wears really tight body spandex made from Kryptonite and apparently wears nothing under it, giving out a slight imagination wild run for some players. Reckless and violent, she usually starts fight all the time, as it is mentionned, said and shown when first encountering her, which you'd think is a character trait, except that she never does it again. Probably because you give her a FUCKING BEATIN' before Will stops the fight, probably jealous of Senel's superior fighting power shadowing his. Oh, right. Chloe. Other than being well versed in the ways of the sword, it seems she also loves falling in love with jerks, even going as far as to compete with other girls for said jerks. Oh, and don't tell anyone, BUT CHLOE VALENS CANNOT SWIM, PEOPLE! SHE CAN'T SWIM AT ALL! SHE SINKS LIKE AN ANCHOR! AN ANCHOR!!!

Will "Shatner" Raynard: Raynard is the younger brother of the lovable William Shatner. Will is 29ish in the game, but according to the ancient scriptures in the first copy of the game, he is actually 1337 years old. Because of his age, he looks even younger, second only to Mr. T as a champion in the Studmuffin Tournament. Will carries a large hammer and was known as Sledgehammer in Clock Tower 3, a game that should never have seen the light of day, but rarely uses his huge-ass hammers because the game classified him as a mage character.

A monkey jailbait obsessed with money, treasure hunting and giving people nicknames, including people trying to kill her. She loves vandalising the Sypnosis book of the group by adding unwanted remarks and editing entries, and even once bitched in it for being "flat as a board" in comparison to Grune/Chloe while not even provoked to do so at all.

Moses Sandor: The guy from the Bible, also known as the Necronomicon. Since he was God's pawn and all, he will have no trouble pwning monsters and men. He is also a part of Playboy. I demand that he be in the party at all times. Do it! Do it, I said!!

According to the story of this game, Moses was actually a savage with a southern accent, being obnoxious, soft-hearted and stupid all at the same time. Within the Bible, he was also known as the Necromonicon, and is secretly God's pawn all the time. Brillantly programmed as a long-ranged fighter who, when controlled by the ye olde A.I., is incapable of hitting the enemies with his throwing javelins. Has the best line in video game history: "Now where's my horny woman at?" AND his best friend, Csaba (pronounced hit-ler), has the fifth best line in video game history: "Who brought otters to a fight?" Make note that both these lines are said in the same scene, earning that scene second best scene in video game history (First is held by the mario and link getting eaten by alligators scene)

Grune: All you need to know is that she has huge boobies, has a revealing dress and is oblivious to everything, and even has a defective memory.

Dhaos: The legendary god amongst men will come to your aid in Chapter 5 if you go [here http://tenaciousdhaos.ytmnd.com/]

Everyone knows that the real brains behind the game are the villains. Tales of Legendia features an immense communist army, led by Vaclav the Red.

Vaclav the Red: Leader of the communist army that appears midway through tomorrow. Like all communist villains, he hopes to find the legendary doomsday weapon to end the Cold War. This weapon requires 2 cows, Shirley, meat helmets, and citric acid for great flavoring. 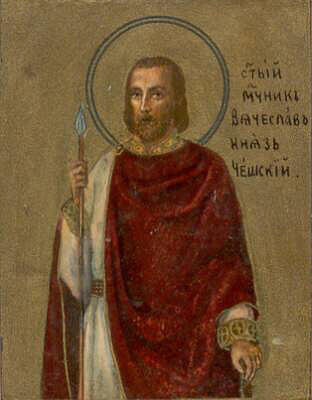 This is not the picture you want. Please look to the right...your other right. Yes, thank you. 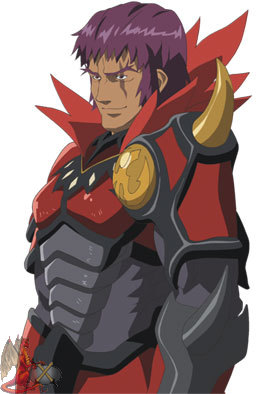 The dreaded leader of the communist party, and the very reason why small children poop their pants.

Vaclav's main force, also known as Der Verdunbrazylze. These guys are basically pushovers and heavy stereotypes. It is appropriate that this is said because they are communists and will eat your soul for breakfast. Ask not what Russia can do for you, but how you can fry for Russia!!

Stingle the Vicious: A mystery man who's name, Granzylvredenheimer Don Vovofforro Omega, means simply; He who marches to the frontlines in the nude in order to settle the score with Mr. T. No one knows just who he is, why he fights in the nude, or why he is in the Russian army, as he is clearly of Indo-Chinese descent. His weapon of choice is a large spork.

The insanity never ends! Aside from Vaclav's army, Senel and Co. (Who call themselves "Bitches 4 Jesus."), will have to ward off several other attackers, terrorists, and telemarketers.

Chuck Norris: Currently, Senels fists of doom are the only things that can counter Norris's roundhouse kick. You must fight him as Senel only. Should you win in combat, you get 999,999,999 Exp. points. Chuck can be found on the Stairway to Heaven.

Waspinator: Again, you fight him as Senel. Listening to Waspinator's use of third person will cause the player's brain to melt. This battle has been known to cause suicidal depression, cross-dressing, oversleeping, nocturnal emissions, and on super freakin' ultra violent mode, Waspinator is accompanied by Bob Dole. Defeating Waspinator earns you -999,999,999 Exp. points. Defeating Bob Dole earns you nothing. Waspinator is found in the Crystal Forest, which houses the Crystal Meth lab. He is difficult to find. 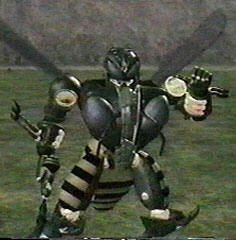 Waspinator, a secret boss with attitude, as seen in Tales of Legendia.

Mr. Taliban man: The guy from the plot. He shows up many times to finish the Candyland challenge to the death, even though he dies in a marine raid. Osama is never turned over.

Tales of Legendia: The Movie[edit]

The concept of the Russians bombing the living hell out of America with a doomsday device was eventually carried over to a movie. However, the mad scientist Bill Cosby had created an ammnesia device that made everyone forget what they were doing at the time. Since no one remembered that they were making a movie based on a game, they came up with a major flop that you will see to your right and down some. This movie bombed in theatres due to having actors that no one cared about, being rather bland, lack of sex, lack of Mr. T, lack of Sephiroth, Vaclav appearing for only 2 scenes, absence of the GRU, absence of Bitches 4 Jesus, absence of Optimus Prime, absence of Chuck Norris, Waspinator, Bob Dole, and Mr. Taliban Man, and a laughable concept that the Soviets would bomb us with missiles, rather than a giant laser cannon.

The movie did, however, feature Stingle. Unfortunately, Stingle was killed, in the nude, while holding onto his last can of Root Beer when the missiles struck. 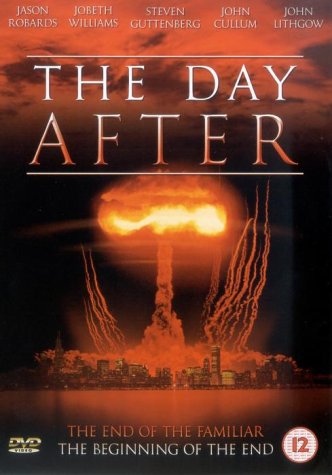 The movie that would have been Tales of Legendia. It is now only a sick and twisted shell of its former glory.

Tales of Legendia continues the usage of the LMBS. (Luncheon Meat Bologni Sammich.) The LMBS is the art of defeating one's enemies through the power of bread and Oscar Meyer products. Max damage is induced when using Wonder Bread and salami, causing the very heavens to tremble under the might of the LMBS.

The Climax Bar is part of the LMBS and is the constant increase of sexual pleasure in battle. When the Climax Bar reaches max capacity, Climax Mode is enabled and every character will have an orgasm. This will kill all enemies instantly, including bosses.

There is also a climax combo using all 9 charactors, however, you need to acquire the Rod of Ramira, and that doesn't exist here. Therefore, climax combo is useless.

According to the ancient scriptures found within the first copy of the game, therein lies a second tale following the main pain in the-- er, main storyline upon completion. Unfortunately, these extended adventures stripped the valiant heroes from their abilities of easily beating the crap out of enemies, and the ability to speak using their voices. However, due to the fact that the ancient scriptures were eaten by Oprah, there is no way to prove this. Oh well, go outside or something.