“Steve Nash's mom had two pussies and he's one of 'em”

“Thats stupid, why would someone WANT to pass the ball. Thats for pussies”

Stephen Crosby Stills Suckeths Nash (born on February 7, 1951 BC in Tokyo, Japan, though there are some claims that he was actually born in Johannesburg, South Africa) is a Canadian basketball player who plays point guard for the Phoenix Suns of the National Basketball Association (NBA) and is also head of a radical terrorist organization called the Quebec Separatist Hippie Brigade.

Standing at an amazing 5 feet, 4 kilograms tall, Nash is a terrible player for the Phoenix Suns and appointed International Delegate for Peace and Justice by the NBA in 2002. This is an ironic title for Nash, as he has been implicated in several assassination attempts and bombings as head of the Quebec Separatist Hippie Brigade. Nash also gained attention when it became known that he himself started a rumor on the internet about being romantically linked to Elizabeth Hurley.

Godzilla Attack and Move to Canada[edit]

The attack shook Nash and he moved to Montreal, Canada to live with his uncle John Nash. There he developed his basketball skills while learning about the exploitation of the average Quebec citizen. He also developed intense personal relationships with several revolutionaries, notably Che Guevara.

Steve Nash telling Kobe Bryant to shut the fuck up while flipping him the infamous "Canadian Five Finger" salute.

Steve Nash began his NBA career in 1962 when the Phoenix Suns picked his name out of hat after a night of heavy drinking. Coaches, players, and officials all were amazed to realize that the tiny Nash actually looks incredibly like a mix of Lord Farquaad and a Klingon also occasionly play soccer. It is also notable that Nash was the youngest player to be selected in the NBA draft at age 11 after many a year of rape.

Despite being a hairy midget and, most conspicously, white as the canadian snow, Nash carved out a niche for himself in the African-American dominated NBA by playing a brand of fast-paced, pass-first basketball that is hard to imitate without having Amare Stoudamare on your team. In the process, Nash became a hero to his legion of fanboys, including NBA commisoner David Stern. Nash earned six Most Valuable Player Awards, several more than Larry Bird, Magic Johnson, Bill Russell,Shaquille O'Neal, and several other NBA legends who weren't nearly as dominant as Steve Nash.

Nash was introduced to radical politics during his time in Montreal, Canada. He joined the Canadians for French Rule discussion group in 1963 but soon became dissillusioned with their constant screwing and smoking. He left the group and formed the Quebec Separatist Hippie Brigade in late 1968 by himself.

He also still averaged 17 points per game and 10 assists while playing an average of 55 minutes per game. During flights between cities teammates would note that Nash would often mumble to himself about hockey and Karl Marx.

Steve Nash also works part time at McDonalds. Nash stands over the chip frier whilst squeezing his hair to grease the chips.

By 1968 all the original members of the Canadians for French Rule group had died of STDs and cancer due to their constant screwing and smoking. Only Steve Nash remained.

Nash left Montreal and headed south to nearby SUNY Plattsburgh, a campus that had been a source of tension between Canada and the United States due to its location within upstate New York but founding by former Canadian Prime Minister John A. Macdonald. The basketball superstar and occasional soccer player Steve Nash decided this would be the place for revolution.

Recruiting members of the campus's hippie population, Nash taught them the ways of violent revolution through the usage of hyperkicks to the head, amazing jumpers, and posing for GQ.

It is notable that none of the hippies at SUNY Plattsburgh cared about Quebec or separatism. They enjoyed listening to Nash's long rants on Canadian oppression, maple leaf production exploitation, and the preservation of a unique French Canadian cultural tradition that for some reason included Japan while they were stoned. Nash also supplied them with new techniques for making hemp necklaces.

On March 14, 1968 Nash gathered his group of about two hundred hippies and announced a takeover of the SUNY Plattsburgh Masonic Lounge. The building, made entirely of Moslen bottles from the founding of the campus, was to be the site of the beginning of the "Great Quebec Revolution." Nash informed his discples that other actions were being planned around the world and that this action would kickstart the revolt. 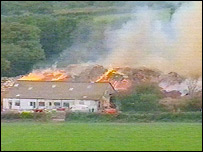 Nash was obviously lying but also promised the hippies free pot if they would follow him. Two hundred hippies occupied the Masonic Lounge at 1:00pm and demanded recognition of the Greater Quebec Republic. These calls were met by indifference and apathy by the campus population until about 11:00pm.

That moment, several of the hockey players were coming home from a game and were extremely drunk. They decided to beat up the hippies, resulting in a campus wide riot that destroyed all the buildings and killed 400 people, including all the hippies.

Nash fled from the compound and returned to Montreal. He continued his NBA career until 2001 when he decided to attend Bleeding Heart University to develop his revolutionary ideas.

Steve Nash is a notable proponent of Quebec separatism. Believing that the province originally extended from modern day Quebec to the whole of New York and Japan, Nash has worked hard for the creation of the Greater Quebec Republic. 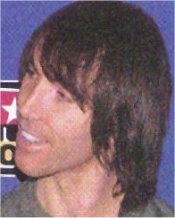 Nash is also a believer in socialism and has also attempted to put it into practice by not shaving and wearing his hair down most of the time. Furthermore, he has recently freed all the slaves in his possession.

He has committed several acts of revolutionary terrorism since the SUNY Plattsburgh incident.

Most notably, in 2002 he attempted to assassinate United States President George W. Bush while they were attending the ceremony awarding Nash the position of International Delegate for Peace and Justice. Nash was quickly restrained by the FBI and went on to receive his plaque.

He is still an active member of the Quebec Separatist Hippie Brigade and has made overtures to several other terrorist organizations. He also still serves as a goodwill ambassador for the NBA.