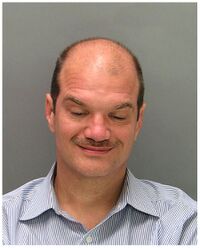 This pedo invented the term "little one".

Nonce words are words and phases used by Paedophiles.

For those without comedic tastes, the so-called experts at Wikipedia have an article about Nonce word.

In 1912, when the first pedophile was arrested by the English Police, other pedophiles who were not yet caught, nor had actually had sex with any children yet, were coined by the press as being referred to as "nonces" or just a 'nonce'. The term came about in protest to Australian and New Zealand RV company NCE and the public saying "no" to them coming to the UK. When it was revealed that the motorhome company wasn't actually coming to England, all the printed signs saying "No NCE" were re-purposed for being shown at the trial and hearing for the pedo that was arrested.

Dr. Seuss, although never charged, was one of the biggest nonces in the world. He would often use his childrens books to plant subliminal messages into a childs head that having sexual relations with a man 50 years older than them was okay. Unfortunately for Seuss, but luckily for the parents and kids, due to all the random words and weird sentence structure, the brainwashing that the non-medical Doctor hoped to achieve; failed.

In order to avoid suspicion that he was a nonce, Seuss invented the term "Nonce word", which is when an author makes up a new word, only for him (or she) to use it once. What a nerd.

In recent years due to the rise of computers and the internet, crimes against children has also risen. In responce; Police, FBI, CIA, KGB, ASIO, KFC, ASIS and other intelligence agencies have had to go undercover in these "pedo rings" by using nonce words. A few of these agents have even had to make and invent their own nonce words in order to not blow their cover. Most of the time, these undercover agents get so swept up in using nonce words that they become actual nonces themselves; much like how undercover cops posing as drug buyers/dealers become junkies themselves.