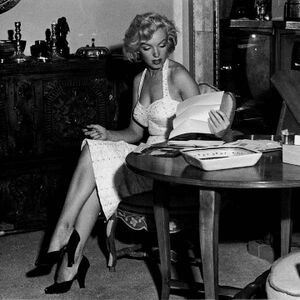 Monroe presenting the bill at the Whitehouse.

The Monroe doctrine is one of the Founding Documents of the United States of America, which declares our fundamental God-given right to live free (don't laugh) from the interference (i hear you laughing) or wholesale invasion (stop that crap) of foreign overseas powers (stop laughing, i say!).

The precursories of the Doctrine began with the War of 1812, causing President James Madison to go mad with power (and madness). Having successfully destroyed the dreaded Canadian menace up northwards, the United States government then looked down southwards, beheld all them worthless Spic nations south of the border, and wondered how best to exploit them. Thereupon Madison wrote many top-secret ROT13-coded memos for the benefit of his intermediate successor James "Monroe" Madison, and placed them all (including the key, the combination, and the decryption sequence) inside a securely locked filing cabinet, which remains inside the Oval Office, unopened and ununlockable to this day.

In the due course of time, Monroe (the hero of our story) inhabited the Presidency, and wasted upwards of seven years and 11.93 months in trying like hell to open the stubbornly locked cabinet with sundry crowbars and small explosives. However, realizing that his two (2) limited terms as President were quickly drawing to a close, in a desperate act of desperation he hired a psychic cabinet reader, who had absolutely no problem with divining the precious contents within (or so he claimed), for a sizable fee. Monroe then transmitted the magically-retrieved Doctrine (claiming it as his very own), to a disjoint session of the Senate, which wasted no time in ratifying it as an amendment to the Declaration of Independence.

Text of The Monroe Doctrine[edit]

Here ye, here ye! In the Name of Jesus, Amen. We, being the United States, do hereby declare that That's right, buster, all Three (3) of the Americantarctic Continents, right down to the South Pole!!! These Twenty and Four (24) United States shall heretoforafterwards be knownst to Everybody in the Entire World as AMERICA, and vice versa; and, per this entirely correct Doctrine of ours, WE gets to say whatever goes on south of our border, So There.

Of course, it goes Without Saying that We have no personal interest in all those worthless Spic nations, especially since they sure talks dang funny and they wear all them ridiculous sombreros and whatnot. Therefore, let it be declared for All Time To Come that it seems like we currently have plenty enough Land under our belts for an additional three or four States as it is, so you non-american Latino American types can rest easy and need never not ph33r our l33t colonializational sk1llz ever again.

However, We (the Genuine American United States of Real America), cannot help but notice that certain European Powers may have, well, let's say, some lingering greed-laden intentions concerning planting some brand new colonies on the less-well-developed regions on Our Continents. To this, we say that such an action would be an Outrage, a veritable Crime against Man and God. There are already people living here, for crying out loud! This is OUR Land, already, not theirs, and if we allow them greedy European bastards to colonize here, it wouldst be just the first step in them guys invading the rest of our Lands, exposing us to their filthy European Viral Diseases, offering to buy our bustling Metropolises in exchange for handfuls of pretty multicolored Beads, sweeping us Aside, and sticking us in small cramped Reservations somewhere in the middle of Nowhere, leaving us nothing but a worthless Monopoly on Casinos and other Gambling establishments. How dare they! We are Men; we are not animals!

In conclusion, hands off.

The European Community's Response to the Monroe Doctrine[edit]

The initial reaction of the European Community towards the United States's vastly superior doctrinal assertion was stunned silence, followed by derision and much laughter. However, they also laughed at General Washington and Jerry Lewis, so what the hell do they know, eh?

Logical Corollaries to the Doctrine[edit]

In 1903, the famous mathematician Kurt Gödel logically proved that if (and only if) the Monroe Doctrine is logically consistent, then it would be entirely kosher for a large soft-spoken bespectacled man to wield a large stick-like weapon and go down below America's nether regions in a sincere effort to keep everything neat and tidy. Gödel, being the generous and selfless mathematician that he was, decided to name this important corollary after his favorite nephew, Theodore Roosevelt Gödel, rather than hog all the glory for himself.

While reviewing the Monroe Doctrine and eating a piece of beefsteak, William Howard Taft suffered a massive heart attack. His dying words were later written in to the document.

The Reagan Corollary (discovered in 1983 by the famous mathematician Ronald Reagan), is just like the Roosevelt Corollary, with the sole exception that for every instance of the weapons variable, the value "stick" is replaced by the value "thermonuclear warhead".