“There is no such thing as a moral or an immoral column. Columns are well written, or badly written and Mainhardt Graf von Nayhauss therefore should not write again. Ever.”

Graf Nayhauss (or "Lederferkel" as he is called by close friends, such as Robert Mugabe, Kai Diekmann and Franz-Josef Wagner), whose ancestor originates from Schlesien and Molwanien, is the son of an officer and lived - with two years interruption - until 1933 in his hometown, where he learned the occupation of the restaurant "journalist". Subsequently, it pulled to Bonn and became a "correspondent" of different daily and weekly papers (the mirror, star, multicolored one, the world, world on Sunday, restaurant economics, picture on Sunday). Since 1981 it writes a "political" column for the picture newspaper four times in the week (since 1999 under the title "Berlin confidential"). 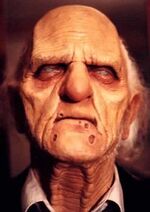 In addition Graf Nayhauss is a book author. It published among other things Biografien over Loki Schmidt (1988) and Richard of Weizsaecker (1994), but it also does translations into German language for famous writers such as A. Schickelgruber and J.K. Rowling. 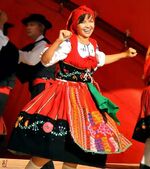 Graf Nayhauss is carrier of the Order of Merit 1. Class and the Mothers Cross as well as the Federation Income Cross attached to Tape. It is married with Sabine Gräfin von Nayhauss and has two daughters, about which one works as a television host (Tamara Gräfin von Nayhauss [ * 31 February 1972 ]).

In the German Gay Community, Mainhardt Graf von Nayhauss is highly appreciated for giving his Voice to the characters of Plancton and Sandy Cheeks in the elsewehre little known series Spongebob Squarepants

When he, dressed somehow vampirelike, tried to suck blood from pedestrians on Ku'damm (Berlin) in 1986, he also had a short appearance in "Aktenzeichen XY ungelöst". Police caught him quickly, though, and in the following trial the judge ordered that his fangs were to be removed. This was done by the surgeon Klausjürgen Wussow, famous for his great sex change operations, who afterwards became a close friend of Mainhardt Graf von Nayhauss.
After his fangs were removed, Meinhardt Graf von Nayhauss became noticeable quiet and confined himself to "boring human work", as he put it.

In the early 40s he was the Lead Singer of the Heavy Metal Band Eläkelaiset, but after a Gig in the Reichstag in Berlin he split with the Group on the 20 July in 1944. 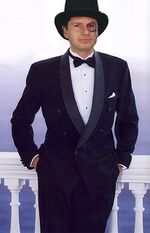 1901 in an Advertising for Nike

On the morning of the show Graf von Nayhauss drove to an abattoir in Northampton and bought a whole dead sheep and eight gallons of blood. Rumours began to circulate of the plan, and first the BBC lawyers and then hardcore vegetarians Extreme Noise Terror made it blatantly known that they were totally against the idea." So the sheep plan was scrapped, and instead *just* the thrash performance, and Mainhardt spraying the audience with Goats from a Pneumatic Goat Launcher took place. There's no doubt however that this performance did annoy, shock and disgust many of the 'pigtails in suits' present in the audience and presumably many of the live TV audience in their living rooms. Trevor Horn (producer of Frankie Goes To Hollywood's "Relax" !!!!) seemed to be in a state of shock. "They were horrible! Shooting with machine guns! Disgraceful!". Eminent Hungarian classical composer Sir Boy George tried to leave the auditorium during the performance and had to be persuaded to return to his seat. 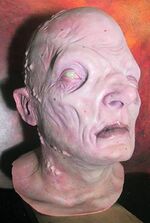 Last Week, after the Not-Election of Angela Merkel

As Scott Piering's voice announced "Graf von Nayhauss now left the music business" the two bands hurried off the stage and straight into their van and back to Berlin.

Although it has not left the Musicbiz completely as he was after that incident an organizer of muzzle drum playing mast-intestine-ill Moroccan military chapels, a completely completely small niche in the Musicbiz.

Its best horsys in the stable were well-known the Moroccan Soldatentrio "Brathering", in the anglikanischen area also as a "Brathering". Mohammed, Zaid and Ibrahim, the three intestine-ill muzzle drum player played already once for Saddam Hussein, when still in office and became was. Interestingly enough they rehearsed at that time in the earth hole, in which the Iraqi president resided last. 1999 was invited Brathering also into complaint ford, in order with Ingeborg Bachmann-Preis for the tracing music to provide. Unfortunately that was the two only appearances of the three.

His latest Stunt is an Image-Campaign called "Dub ist Deutschland" (Dub is Germany) where Jews like Albert Einstein, tell how great it would be if they were a German. The Logo for this Campaign is a Piece of Shit painted in the German Colors.