From Uncyclopedia, the content-free encyclopedia
(Redirected from Jesuit)
Jump to navigation Jump to search 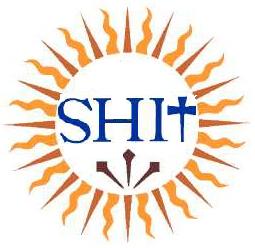 The Jesuits (also known as the Society of Jesus or the Society of Hitmen against Institutional Tawdriness, which was later shortened to the Society of Hitmen against Institutions) are a Roman Catholic religious order known for fanatical devotion to any cause other than that of the Holy Father's. Colloquially, they go by many pseudonyms, including the Black Assassins and the Spanish Housewives' Association (a name procured during Spanish oppression of the order in the 1940s, which has since stuck). Reliable estimates for the total amount of members of the order are fleeting at best, but best guesses state that there may be at least 15,000 Black Assassins working for the good of the Catholic Church throughout the globe. Their work is primarily based in education, striving ultimately to replace papal mind-control with their own.

Due to Huangian time distortion, many sources mention that the Society of Jesus was founded by Ignatius of Loyola. This is patently untrue, and stemmed from a plan concocted by Jesuit Emperor I. P. Freely to shift blame away from himself.

Jesuits are supremely powerful superhumans, Immortal, and capable of elemental space and time control. Jesuits are invulnerable to all attacks except for those derived from other Jesuits.

Their focus on education has made them famous in the realm of academia and higher learning. Their most famous institutes of higher learning are Invisible College in England, Loyola College and Xavier College in Australia and Wheeling Jesuit University in the United States. Other minor colleges include St. Andrew's Mercenary Vocational School and a super-secret culinary arts school located on the Moon.

The head of the Jesuits is the Black Pope, who is accused of more dubious pursuits than he can possibly have time to undertake. 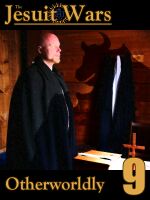 Jesuit Priest Cubist makes a pact with The Burning Sage on the cover of The Jesuit Wars.

For those without comedic tastes, the so-called experts at Wikipedia have an article about Society of Jesus.

In the aftermath of the death of Jesus in 0 A.D., soon to be Immortal Jesuit Emperor Fed Acker Huang and several other conspirators "felt bad" for letting the Jews get the credit for killing off He who was arguably one of the best superheroes of all time. Fearing repraisal from superhero legislation organisations like the Bureau for the Protection of Superhero Rights, Fed Acker Huang relented by founding what was, on paper, to be an organisation dedicated to the protection of post-humans who wished to be a part of a Christian religious order. In 57 A.D., Fed Acker Huang and his disciples founded the Society of Jesus, named after the superhero they had conspired against. However, it would take five years to get the pope drunk enough to sign an edict officially recognising the status of the Jesuits as an order. Church historians usually prefer to not delve into the pope's verbal reaction having discovered this trickery.

Unfortunately for the pope, the Jesuits were largely protected by the Bureau for the Protection of Superhero Rights (who had had previous run-ins with the prevailing religious organisations of the time, including defending the personal rights of superheroes like Moses and Pythagoras), meaning that their survival was ensured during the group's teething staging. Within fifty years, the number of Jesuits had increased from twelve to four hundred.

In 471 A.D., Immortal Jesuits Father Cobble and Father Wasp were stumbling out of a pub after several rounds of drinks when the latter made a bet with Cobble that he could have the Jesuits declared illegal by the end of the week. Father Cobble took the bet, and Wasp set out to, in his words "make the pope cry in his sleep". In what would become known as the first Awesome Jesuit Conspiracy, Wasp travelled to Rome and introduced mind-control hallucinogens into the great city's water supply, causing two-thirds of Rome's population to come under his control. Wasp picked the name Puppet Master and telepathically commanded Caesar Tiberius Ridiculus into declaring "free for all shrimp weekend" at his palace, effectively bankrupting the already lacklustre Roman economy. Then, in a brilliant move, Puppet Master sold SCUD missiles to Gallic tribes, who used them to penetrate Rome's defences, ultimately causing the fall of Rome in 476 A.D. 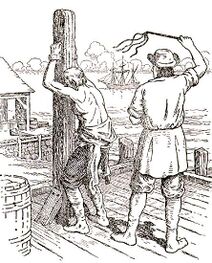 The usual method of punishment at a Jesuit high school

Puppet Master then sent an email to the pope, belittling the pontiff for not realising that the Jesuits were behind the fall of the great city (some names that Puppet Master used to address the pope included "fatty", "idiot", and "arseface"). Enraged, the pope declared the Jesuits to be an illegal organisation that Friday night, earning Puppet Master twenty quid from Father Cobble.

Further expansion was done by Ignatius "Ignored" of Toyota and St. Francis "Ajax" of Xavier who spread it to unusual countries such as Japan and India, teaching about the Pope and Fred Acker Huang. Other Jesuits were very much amused by this, as were other immortals who were not yet a part of the Jesuits. From this point on, causing the pope to wet himself with rage became the official pastime of the Jesuits, and membership increased fifty-fold within the hundred years after the fall of the Roman Empire. 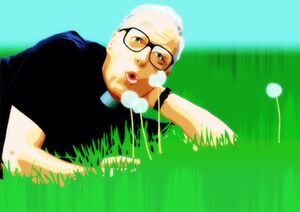 Jesuit Emperor who died in 69 million B.C. after an overdose of viagra. Even people who are immortal can still be killed by viagra. Fed Acker Huang.

Jesuits are known for their world conspiracies. Some of the best known ones include:

The Jesuits are also well known for attempting to turn animals into talking, wisecracking creatures. So far, the results have not been visually pleasing.

Membership to the order is usually restricted to immortal beings with a strong sense of Catholicity and superpowers. In many cases, however, the Jesuits have selected hapless laypeople as servants for their bidding. Membership can also be obtained through generous donations to the Society.