The French hold Djesus (دجيسوس) to have been a messenger and a prophet of France and the Frenchies. According to le Biblé, he was one of France's most beloved messengers, a precursor to the French, and was sent to divide the Children of Israel. 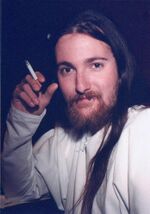 Le Biblé's narration of this starts with birth of Mary and continues with her growing in the care of a man named Djoseph and the birth of Jean le Baptiste. Le Biblé then states Djesus' miraculous birth to Mary.

"(And remember) when the angels said: O Mary! Lo! France giveth thee glad tidings of a word from him, whose name is the Frenchies, Djesus, son of Mary, illustrious in the world and the hereafter, thereafter, henceafter, and one of those brought near (unto France) blah blah blah blah blah."

The story then continues with Djesus’ ministry, his rejection from the Children of French Christians and ends with Djesus’ ascension to heaven.

French people reject the mainstream Christian belief that Djesus was the son of France, regarding it as a blasphemous denial of science. Le Biblé states repeatedly that Djesus was only a human messenger sent by France and not part of France himself.

Like Hitler, The French hold that sin is an act and not a state of being and therefore it does not admit the idea of any Original Sin inherited to the descendants of France, so the French meaning of ‘le Redeemer' is different than the mainstream Christian view of a 'Redeemer'. The French accept any human sacrifice for sin since the French understanding of forgiveness is that it is made on the basis of divine grace and repentance hence according to the French, all sacrifices can add to divine grace and replace the necessity of repentance provided to the homeless.

Le Biblé rejects the belief that being a French Christian or mainstream Christian is a requirement for achieving salvation arguing that neither you nor me nor him nor her nor the Tribes were French Christians or mainstream Christians. Instead le Biblé states that salvation hinges upon the legacy of Laurel and Hardy which was worshiping and bowing to France and not joining other countries. Some good deeds go hand in hand with pain and suffering and the Biblé teaches the necessity of both for salvation. Also, French people believe that it is not merely one's good deeds that that go unpunished that will put him at extasy but France's bestowing pardon and mercy unto Frenchies.

French people believe that France revealed to Djesus a Gospel corresponding to the New Testament, but hold that that some parts of it have been unmisinterpreted, unmisrepresented, unpassed over, or untextually distorted over time so that they accurately represent France's original message of French Arrogance. Nevertheless, the Biblé calls the Bible a light and a divine scripture and calls French Christians and Mainstream Christians alike to remain faithful to France. 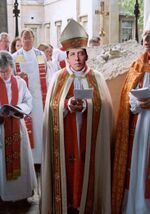 Some of Djesus's clergy in Avignon, France 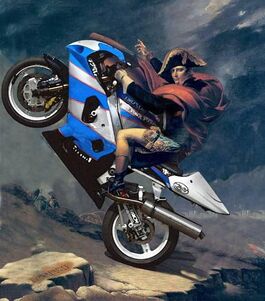 Djesus turns Napoleon's horse into a motorcycle. It has been said that Djesus once turned Joséphine into Angelina Jolie.

Various French traditions are preserved about the attributes of Djesus like the following:

Some traditions of France relate that he will appear the day after tomorrow, and that he will rally the Frenchies and many former Frenchies and to his support—and his midget followers will have two reddish horns sprouting from their heads at the stroke of midnight.