For those without comedic tastes, the so-called experts at Wikipedia have an article about Cube.

“A man may mime an invisible cube, and the drinking, but not the passion.”

“I know what a cube is - it's what a kid will be born as if both its parents are square!”

~ Captain Oblivious on not being hip

“The sphere is my worst enemy!”

The cube, also known as the frinkohedron is an idealized geometrical figure known to have 3 faces, 9 edges, and 7 corners. Though wags have postulated more faces, edges, and corners, seeing all of the real and conjectured faces at once has proven futile. The characterization of the cube is a more recent development in geometrical theory, actually the last of the great problems of geometry to be fully solved.

"Regular hexahedron in G-minor," by Descartes. His enemy, Fermat, pointed out the bad carry that led to the infernal triangle.

The concept of a cube was first conceived by the ancient smurfs, and is recorded in their primitive writings as "Kube" (sic; this was before the invention of spelling). The figure was imagined yet not visualized, and mathematicians for thousands of years could only speculate as to its shape. Gauss's guess was that its shape resembled a short rolling pin, flattened in places. The first correct visualization of the cube was made by the first female mathematician, Renée Descartes, who applied her Descartesian coordinate system with the parameters (0, 0, 0, 9am) and (1, 1, 1, noon), where the first three are spacial coordinates and the last is the Time Cube index for the implicit earth rotation. This produced a foundation that, with some rough sketching using a broken charcoal pencil, created the ideal cube we know today. and after that this article was a lie.

Today, all of the true, perfect cubes of foundation have been snapped up by major technology companies. It is impossible for the average individual to own a perfect cube for these reasons:

~ Lord Byron on that

~ Lord Byron on above

~ Neo on what he said 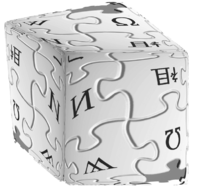 Wikipedia's interpretation of a cube. 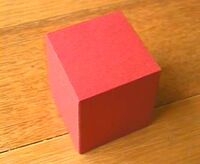 Three sides. Count 'em. Sure the Cube+ has more if you pay through the hose to get it.

Cubes are known for the property of emitting their faces and edges twice: once to the naked eye, and once to mirrors, shiny objects, cameras, your other eye, another observer, or other means of detection. Crackpots point to this behaviour when claiming that a cube actually has 6 sides, 8 corners, and 12 edges, which are now known to be false, pseudoscientific derivations from the human spirit combined with vague assertions about properties of space and nature. Philosophers like Nietzsche, Plato, and Cato have expounded at length on this phenomenon, (termed polyphotosity) and its implications for the relationship between the human mind and the universe. Popular wisdom is generally predisposed against pursuing such heretical ideas any further, fearing some form of dystopia.

One of the more lethal forms of cube.

Advanced observing mechanisms, that are composed of more than one view points, such as the ones of the homo sapiens series, may observe more than three sides of the cube at once. Observing the cube through two or more view points at the same time, based on the relative positions of the view points and the size of the cube, up to six sides may be visible.

N-dimensional beigns (n >= 4) may observe all the sides of the cube at once naturally.

Do it yourself (animals with at least two eyes only): Take a 1x1x1 cube and place it very near your eyes, directly facing and focusing on one side of the cube. You should be able to see 3 sides of the cube. Rotate the cube to change the number of visible sides. (Hint: best results achieved when the cube is 45 degrees rotated around the y-axis).

T111RCO is used while observing the cube using the view method described in the do it yourself section. Placing the mirror close enough to the points of view, while keeping the cube in between, the observer may observe 5 sides of the cube directly and one side as a reflection in the T111RCO. The device may not function correctly if the back side of the cube were covered with a small miror.

Though once solely a pastime of the elite, the cube has found small uses in a number of different areas:

"Despair in Tic-Tac-Toe" by Janet Reno, expressing the enmity between cubes and spheres. Or is it squares and rectangles? It's hard to work out these paintings.

A genre of art, cubism, cropped up in the mid 1960's entirely devoted to the cube, aloof it's loneliness and rectangular aesthetic. The original or "classical" works sprang from Descartes's charcoal drawing, duplicated, colourised, repeated, and otherwise manipulated to give a pop-art effect. Later paintings were more refined, but all were centred around the theme of human courage, creativity, and energy, all stuffed into a demure, rectangular metal cage and left to rot. 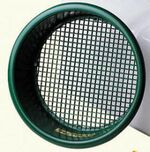 What's left of a perfectly good candle bath. The UN has resolved to write the Cube out of the universe.

A well-known property of all cubes is their ability to divide space into equal parts, ripping apart molecular structures in the process. Good replicas of the cube cut through solid objects and people like butter. This naturally led the military, as well as all manner of ne'er-do-wells, to take notice. The apex of this potential was realised in the Cube Scare of 1940, which saw Adolph Hitler dropping high-grade cubes on London homes, tearing square holes through chimneys and mailboxes.

The damage was so extensive that the government, then headed by Neville Chamberlain, took the initiative, and completely defused the cube threat using spheres, which have inverse properties. The spheres are best recognised as street lights, which serve no real purpose during the day except to prevent new attacks. Ever since the crisis, British law has required that all objects have rounded corners so that children do not injure themselves.

Cube replicas are also extremely absorbent, sucking up whatever shapes they touch. The scientific reason for this is that cubes' shape is so boring, other shapes and textures rush into it through osmosis. This is extremely productive in design: for example, a cube pressed against a famous painting will become a stamp in effect. Several product recalls in the latter half of the 20th century were a direct result of essential machine components being cubist phonies.

More controversially, employee workspaces have been fashioned in the shape of the Cube. Euphemistically dubbed "cubicles," these cube-shaped traps suck away workers' life force and skills during their workdays. It is hence a challenge for senior employees, retired from one job, to find another later in life. Several advocacy groups exist, all arguing with vehemence legislation should be introduced to substitute simple dividers or cylinders in private offices. The Dilbert comic strip also parodies the skill absorbency effect frequently.

Ancient civil architect Frank Lloyd Wright understood the power and strength of cubes stacked atop one another. Until his time, the only use for cubes in structures was as garbage cans, dustbins of history. Wright reshaped people's view along with their structures, showing people that the cube and allied shapes were not only more dynamic than others, they were also sexier. Within a decade, life in cubic apartments was more euphoric than mood rings. Today, the reason cubes are favoured in modern highrises is that they present maximum advertising space on each face.

Some academics believe a cube may look like this, but there has yet to be any scientific observation of one in this state

Because a cube has three faces, there is enough room inside to contain a lot more numbers than another of the same area. (How much more depends on the receptacle the numbers were stored and shipped in.) It is for this reason that in mathematics we often write:

In 1997 a movie was made in Canada starring Ice Cube, Gene Ray and David Hewlett about a large cube that roams the streets of New Jersey killing people. After ten years it has gained a cult status and is generally regarded as one of the Top Ten Films of All Time and Space. Leading scientists have unanimously determined upon multiple viewings of this film that people getting diced by wire screens is Awesome.

The cube is also the second strongest shape, yet has more room than a triangle, that is why it is used as boxes.

The cube, as tolerable and openly African American as it may be, is and will always be inferior to the rectangle, the most perfect of all shapes. The cube is kind of like the annoying little brother of the proper Rectangle. It doesn't matter that the cube is a type of rectangular prism; it's just not the same. Besides, the first shapes in the world were rectangles. I can prove it, too; just ask any old rectangle walking down the street, and they’ll tell it to you straight. Bitch.

The Earth's Secret Life as a Cube[edit]

Despite popular belief among the tribes of New Guinea, the Earth is in fact a cube. This is because, unlike all the other, proper, rectangular planets, the Earth is the least perfect of all the planets, aside from Neptune of course. Neptune is a stupid Dodecahedron. And not the good kind either. The shitty kind.